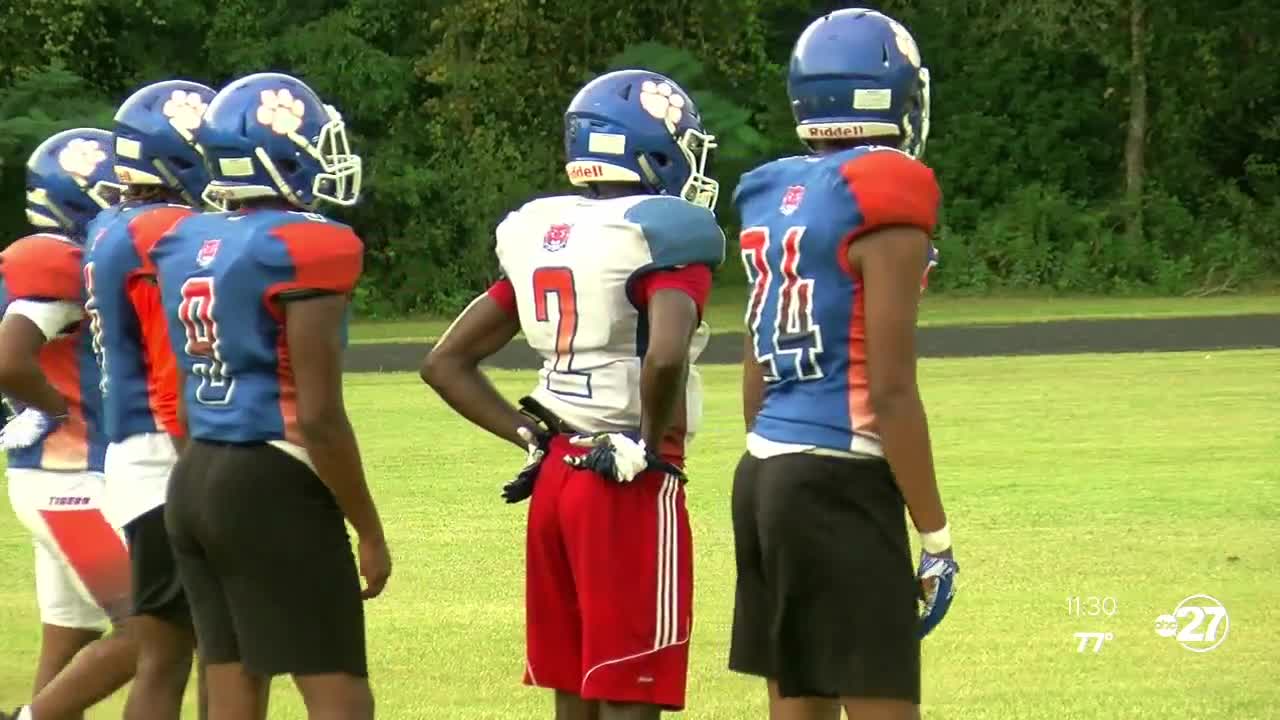 Jefferson County High fans have long been waiting for a return to the era of dominance for the Tiger's football program.

JEFFERSON COUNTY, Fla. (WTXL) — Jefferson County High fans have long been waiting for a return to the era of dominance for the Tiger's football program.

This year they've called upon one of the most experienced coaches in all of the Sunshine State to build the foundation. Let's check in with the Tigers for our Friday Night Overtime Camp Chat.

For 32 seasons Ira Reynolds has found himself on the sidelines of high school football programs all over the Big Bend.

He was settling into his new role as a grandpa which allowed him more time to spend with family when the opportunity to be the head coach at Jefferson County came knocking.

Reynolds said he answered because a chance to coach a program like the Tigers doesn't come very often.

He's looking to build some stability for a program that's now seen 11 coaches in the last 17 years.

"I grew up in a community not too far from here so I'm familiar with the rich, winning tradition here at Jefferson," said Reynolds. "Out of the six state championships, I remember five of them. So I just want to continue what they've been doing here, maybe do a little tweaking here and there and ultimately help these guys get better and get some opportunities to get scholarships."

Jefferson will square off against the three-time defending state champions in Madison County on Friday at Boot Hill. Kickoff is at 7:30 p.m.