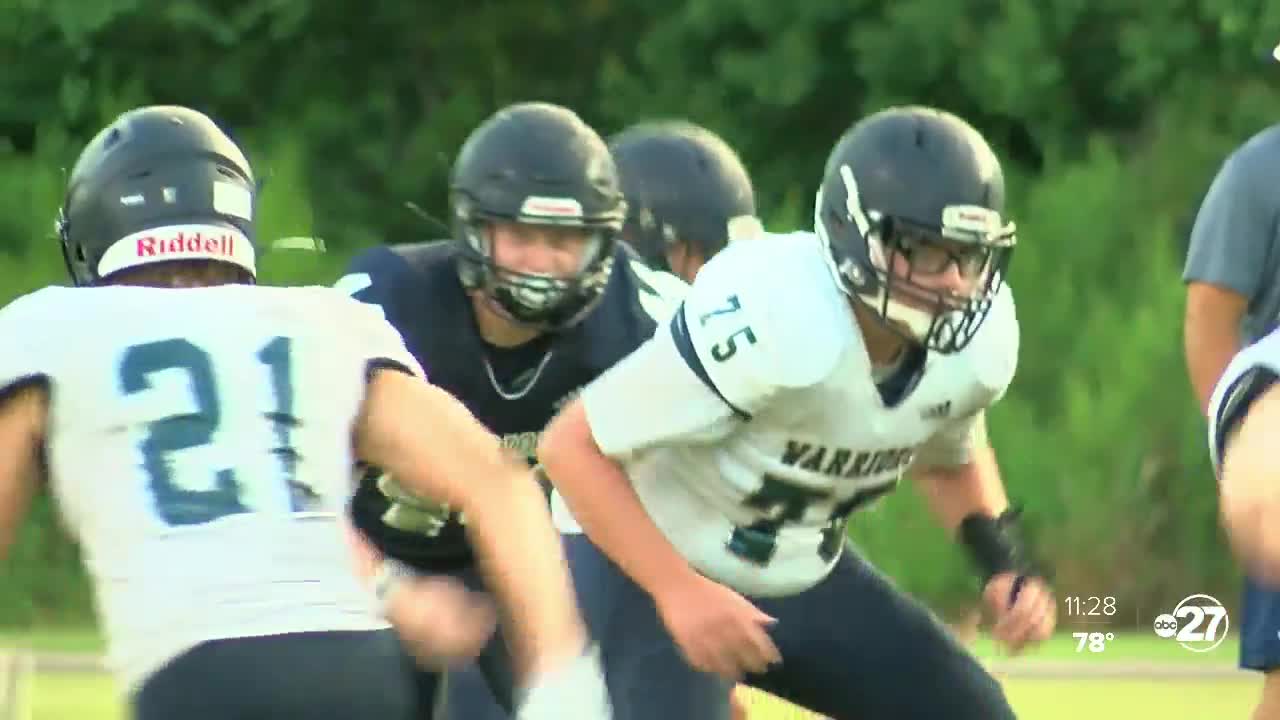 High school football for teams that play under the GHSA or FHSAA won't start until at least September 4. For GISA teams in Georgia, we'll see football next week.

THOMASVILLE, Ga. (WTXL) — High school football for teams that play under the GHSA or FHSAA won't start until at least September 4. For GISA teams in Georgia, we'll see football next week.

The Brookwood Warriors face Frederica Academy in a scrimmage game next week, the first football in south Georgia or north Florida we'll cover this year.

The Warriors faced each other Friday night in a blue and white intrasquad scrimmage.

Fans were able to attend with masks on and socially distanced, happy to be under the lights again.

Brookwood loses just three starters on each side of the ball and head coach Shane Boggs says he's excited to showcase their best 11, more so just to play some football.

"I think it's exciting for everybody," said Boggs. "Our student body, the families, and there were some fans outside of those families showing up tonight. They were responsible. As long as we do that, I think we'll be able to protect this great game and maybe build off of what we did tonight. They're always ready to see a different color jersey, but this time, because I think we did it so much more and didn't do much in June or July. It's an enhanced version of how we normally feel. They'll be excited next week, and it'll be of great value to us."

Brookwood has two scrimmages before they open the regular season on September 11 at Maclay.