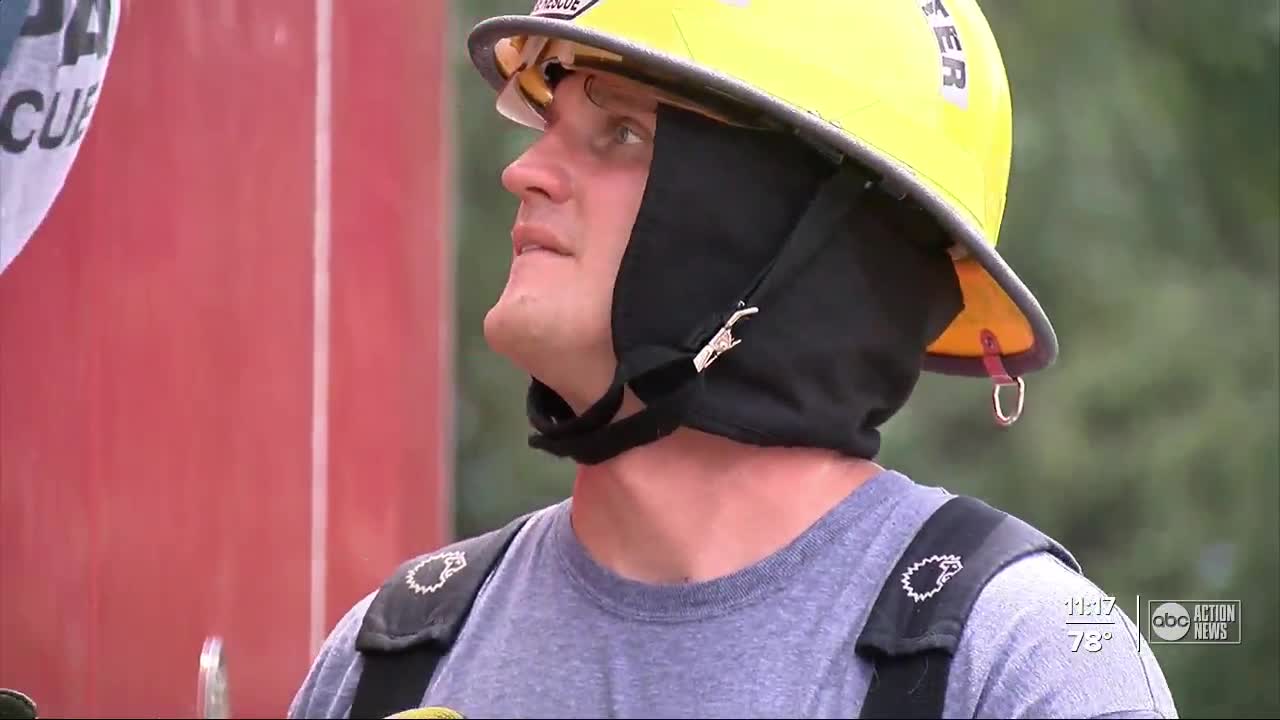 Nikita Alekseev is a former first-round draft pick for the Lightning. Since then, he’s studied, graduated from the fire academy, has had EMT training and is finishing his final days of recruit training for Tampa Fire Rescue over the next week. 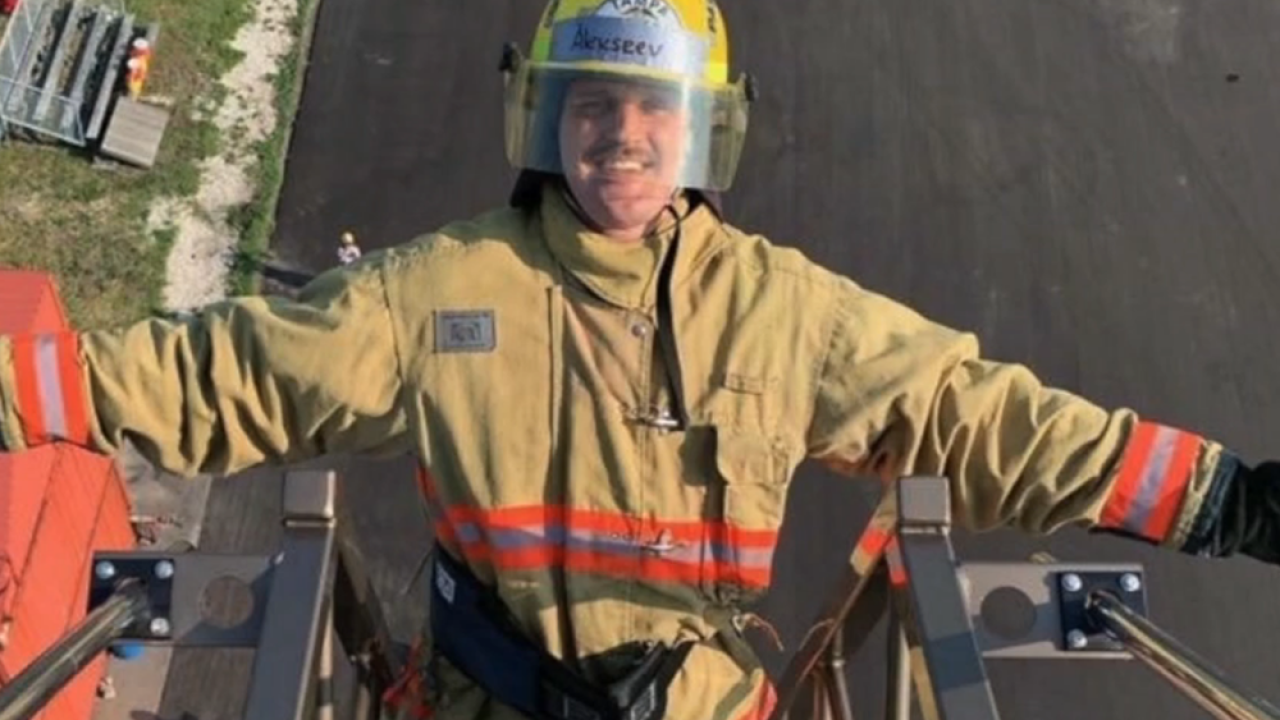 TAMPA, Fla. -- A former Tampa Bay Lightning player is on his way to becoming a sworn firefighter for the city of Tampa.

“I think it’s very similar to the teamwork, the bond together, the brotherhood. It keeps you in shape and it’s very important for us to keep people safe and I want to be a hero to my children,” said Nikita Alekseev.

Alekseev is a former first-round draft pick for the Lightning. Since then, he’s studied, graduated from the fire academy, has had EMT training and is finishing his final days of recruit training for Tampa Fire Rescue over the next week.

“I have a lot of friends in the service here. I’ve been in the stations throughout my career just visiting and I’m a big community guy so I really like to help the people of the city,” he said.

On Thursday, he said his focus was on consistency and efficiency.

“Obviously, we’re just starting out so I want to get as much info on every little situation where it’s gonna help me to save my life and my crew. It’s very important to listen to what the instructor’s saying,” he said.

The city’s new hires ran through engine company operations, practicing with the fire hose, going through a building and putting water on a building.

“It doesn’t matter how big you are, how strong you are, you have to have a technique. It’s a lot of water and you can’t win it. So a lot of good instructors showed me how to do the right things, how to position yourself right and so it helps a lot,” Alekseev said.

His fellow recruits include newcomers and legacies, everyone starting from the same place no matter their background.

“What I hope is they take the training out here, bring it to the street, continue the training to continue gaining experience, knowledge and becoming a well rounded professional firefighter,” said Tampa Fire Rescue Captain Dan Quatrino.

Alekseev and 14 others are part of the department’s first recruit class during the pandemic.

“It makes a lot of the day to day operations we do unique and new to all of us,” said Quatrino.

After finishing their final days of training, they’ll be sworn in next week.

“It’s a small step to achievement, I guess. I want to make proud of the instructors, my friends in the service, my family, my kids, so it’s not really about me it’s about who’s behind this,” said Alekseev.

Alekseev said his message to others, is to have goals, work towards them and follow-through, no matter your age.

“Ultimate goal? Stay as long, as much as I can and healthy. And I love this city and I want to serve this city as much, as long as I can,” he said.

This story was originally published by Haley Bull at WFTS.