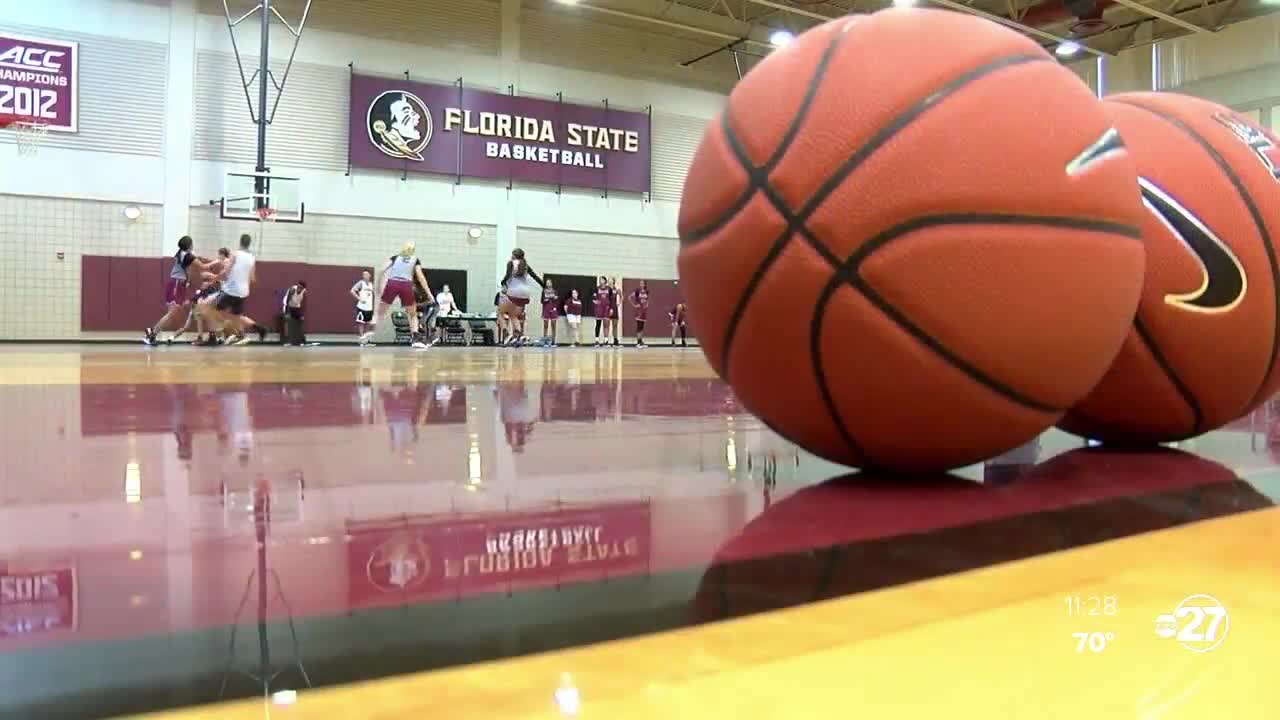 Florida State women's basketball, along with thousands of other programs across the country, had their seasons cut short due to the coronavirus concerns.

TALLAHASSEE, Fla. (WTXL) — Florida State women's basketball, along with thousands of other programs across the country, had their seasons cut short due to the coronavirus concerns.

However, the three seniors, Kiah Gillespie, Nausia Woolfolk, and Nicki Ekhamo, will be honored as part of ESPNU's Senior Night Programming.

Their first win against Louisville will re-air a few hours later at 4:00 p.m.

Florida State had just finished making its second appearance in the ACC Championship game when the remaining NCAA men's and women's basketball Championships were officially canceled on March 12.

"I think the best scenario has been that they've all been had their chance to be a part of the big dance," said Coach Semrau. "They've been there, they've had the chance to experience it. They are grateful for that, and grateful to the fans, and the people at Florida State, their teammates, who have helped them to have such a fantastic senior year."

Coach Semrau says the team's focus now is shifting focus to next year.

For the seniors, they're shifting their focus to playing professional or getting ready for the workforce.