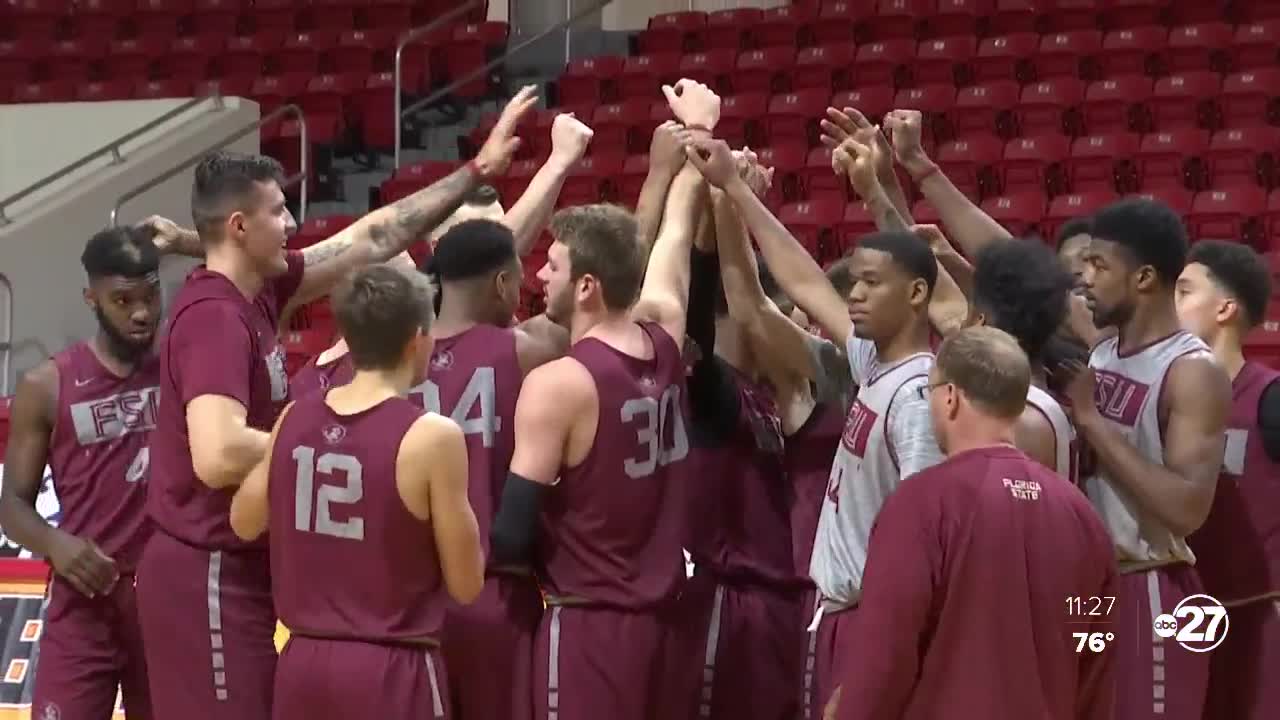 The NCAA announced this week that voluntary on-campus activities can return June 1 in football and men's and women's basketball.

TALLAHASSEE, Fl.a (WTXL) — The NCAA announced this week that voluntary on-campus activities can return June 1 in football and men's and women's basketball.

Conferences are handling the return of athletics different. The ACC is leaving the decision up to each university.

As first reported by the Orlando Sentinel, at Florida State, athletic director David Coburn released a statement that said the University is planning for a return date sometime in June.

WTXL obtained a copy of that statement, which says:

“We have not yet established a definitive date of return, but we are actively planning for a safe and sustainable return to campus some time in June. We have begun testing student-athletes who are in Tallahassee and will align with NCAA, ACC, state, university and local guidelines.”

Louisville is the first school in the ACC to announce a definitive date for return, as the Cardinals plan on letting football and basketball players back on June 8th for voluntary workouts.

The SEC announced on Friday that athletes can return for voluntary workouts on June 8.