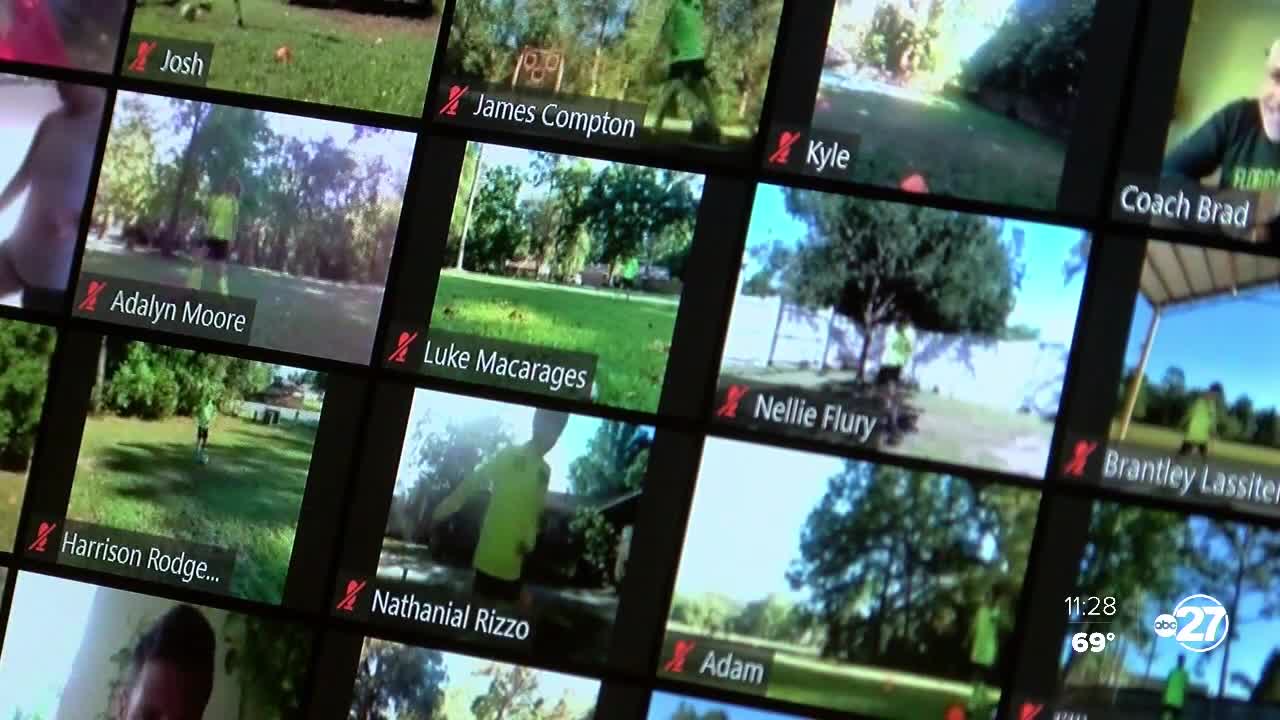 Apart but together has become a sort of national slogan in this time of social distancing, and one Tallahassee soccer club is making sure they're keeping their distance, but that doesn't mean they're not working just as hard.

TALLAHASSEE, Fla. (WTXL) — Apart but together has become a sort of national slogan in this time of social distancing and while one Tallahassee soccer club is making sure they're keeping their distance, that doesn't mean they're not working just as hard.

"We have to be prepared that if we do get to go back out and finish our spring season, then we want our players to be ready to go," said Joel Di Castri, the director of Florida Elite Tallahassee Academy Director.

For Tallahassee soccer club Florida Elite, being apart from teammates, is the toughest thing.

That's why three days a week, the coaches of Florida Elite are holding virtual training sessions for the players to make sure they're staying in shape, and just to remind them they're still a part of a team.

"The players have that sense of not only hearing from their coach, but they have that sense they are training together," said Di Castri. "That, for me, is the biggest plus of doing this."

Coaches still coach and, while the athletes still learn, it's helped the coaches too.

"We're getting to know the players a little bit more," Di Castri said. "We're finding out things about players that were often very shy on the field, yet on the Zoom chat, their personality is bubbling through. I'm actually a firm believer that we'll take some of these skills we're learning through this time and we'll apply them when we're back out."

Back out on the field where they really want to be.

"I've got goosebumps just thinking about it," said Di Castri.

They'll be ready when that time comes.

Florida Elite Tallahassee has kids as young as three in their program. Their elite program goes up to U-19. They have more than 35 teams total, including recreational teams.

Anyone that's a member of the club can take part in the virtual sessions.