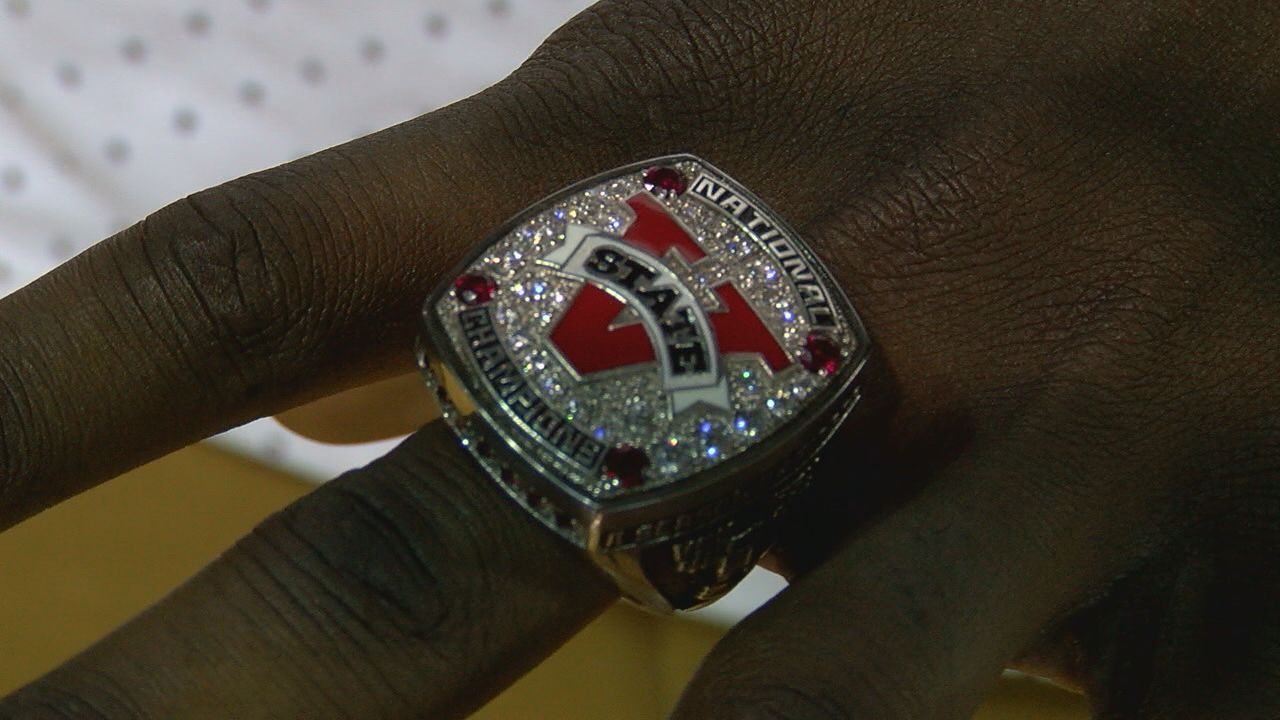 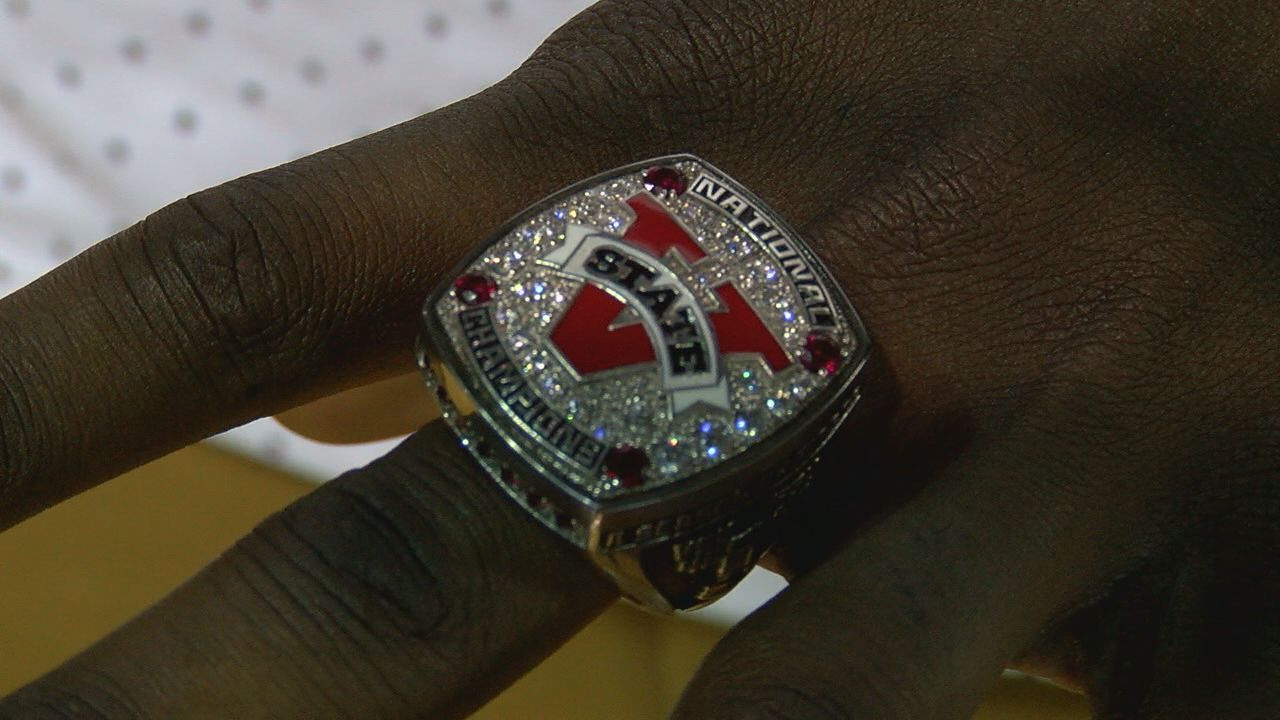 "We had guys that were committed to what we were doing, they trusted in what we wanted, and that's what this ring signifies to me, what great group of kids I was able to be a part of this past year," said former head coach Kerwin Bell, who is now the offensive coordinator at South Florida.

By the numbers? 14-0 and the program's fourth National title is what it means in the books.

Boosters, family, and friends were a part of Monday's ceremony, marking the first undefeated season for the Blazers. A season of firsts is what this season is dubbed, which is inscribed on the ring. Four National titles, now find their at home at Valdosta State, and this group is proud to be a part of history and excited to celebrate their new rings.

"I've been waiting for a long time," laughed former defensive back Stephen Denmakr. "I mean, it still feels like a dream, but today, it felt like we actually worked for something."

"I'm proud of our guys, I'm proud of our program, I'm proud of VSU," added Bell. "Somebody told me the other day, what did you like most about being at there. It was just the people, and being around that program. It was special to be here for three years and do the things we were able to do."