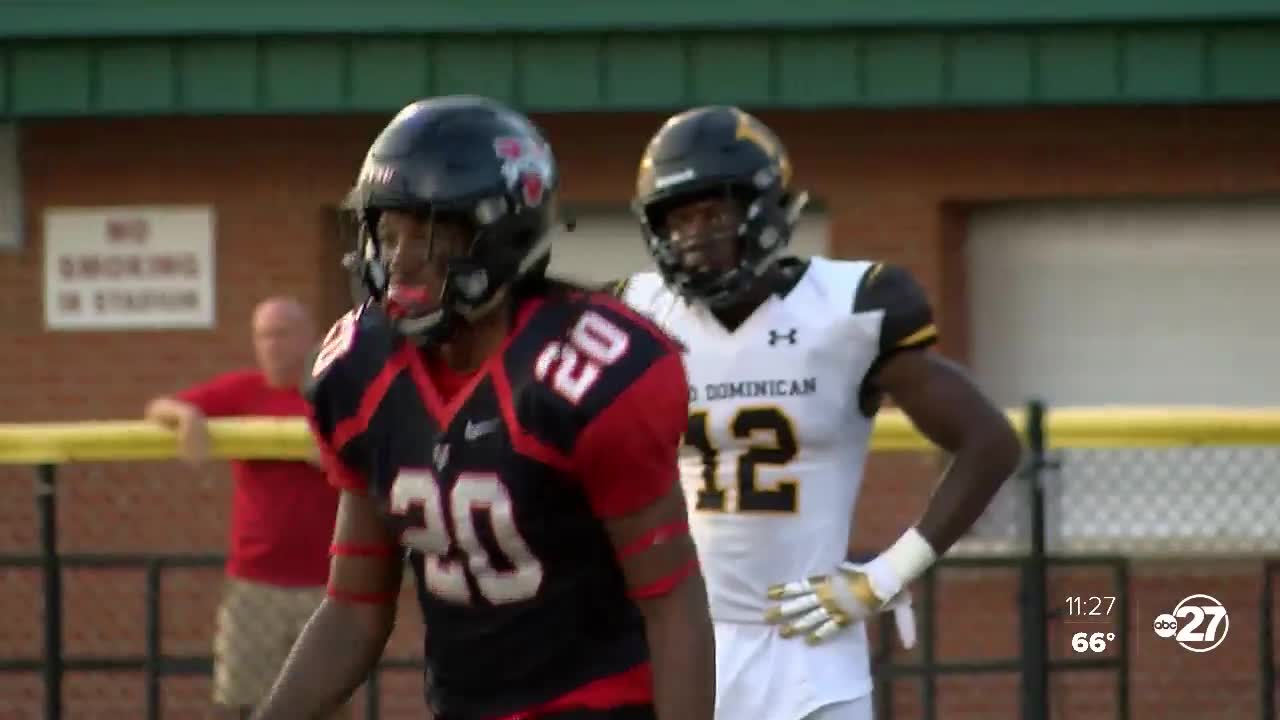 VALDOSTA, Ga. (WTXL) - The Valdosta State football team played their spring football game on March 12th. Over the next 24 hours, college basketball tournaments were canceled, professional sports seasons postponed, and we know the rest from there, there are now no sports for the foreseeable future.

One positive for the Blazers? They were one of the very few college football programs in the country that actually got a spring in.\, and for that, head coach Gary Goff said he's thankful.

He hasn't seen too many of his guys in the flesh since, but they meet via web conference a few times a week. He admits it's a strange time for sure. They're trying to keep consistency, and keep the leadership intact even though they're apart.

"How can we hold on to that continuity we had with the players that leadership that we had within the team?" he said Monday. "We're not going to be around our guys, who knows, until maybe August or later. That's what concerns me right now is what students decide, hey I can just go to school online, this is easy, and I can stay at home, and what students are not going to run or lift and not do anything on their own. Those are the unknowns right now that have me concerned about our season."

One of the things that's been frustrating for Valdosta State is the Gulf South Conference hasn't allowed any team to talk with players to talk football. They can only talk about academics right now. Goff said they are voting to change that this week.