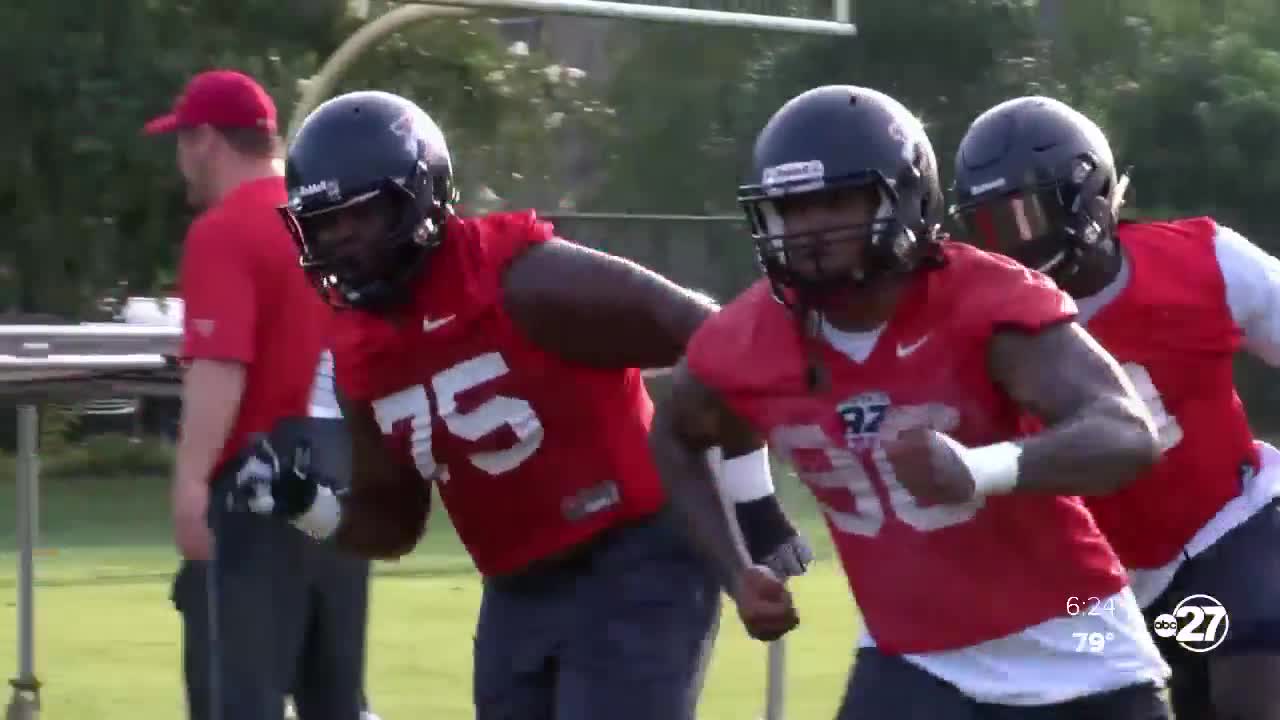 The Gulf South Conference and the Valdosta State Blazers will not play football this fall as the conference suspended competition in all sports but cross country and golf until at least January 1.

VALDOSTA, Ga. (WTXL) — The Gulf South Conference and the Valdosta State Blazers will not play football this fall as the conference suspended competition in all sports but cross country and golf until at least January 1.

Goff said right now they're trying to figure out what they can and cannot do this fall.

He said getting the guys back on campus and working out the last couple weeks has been good for everyone and if they can't play he's hopeful they can at least continue to do that.

"Like every coach, we thought we had a great football team coming back and we were so excited to play," said Goff. "We thought we had the makings to win another Championship, now it's on hold. I told the players we need each other. I'm going to have to pick you up every day and have a great attitude. I'm going to need you to do the same for these coaches. These coaches and the administration and everyone involved put their heart and soul into this no matter what sport. Mentally I'm very concerned about them, but maybe it'll bring us closer."

There's no word on when the Gulf South will decide what football can do this fall, but Goff said they could decide as early as this week.