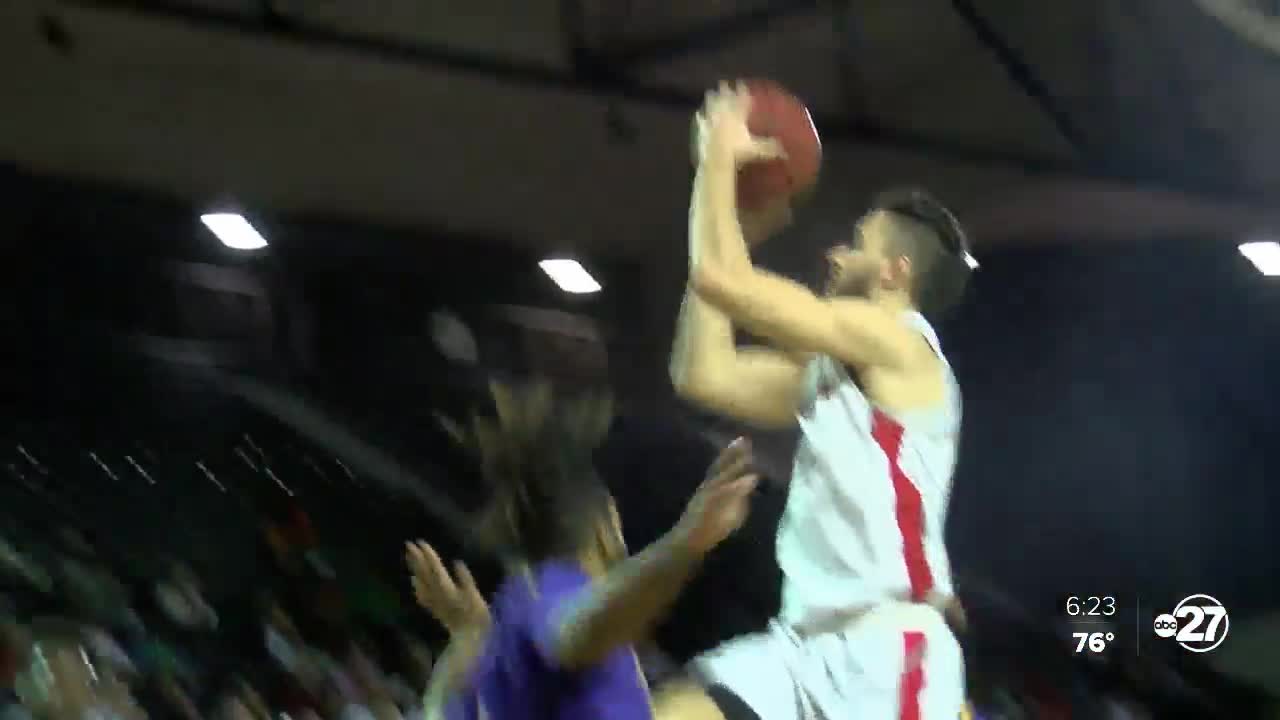 When the NCAA canceled all Championship events, the Valdosta State men's basketball team saw their 26 and 4 season come to a close, leaving behind a lot of what if's.

TALLAHASSEE, Fla. (WTXL) — When the NCAA canceled all Championship events, the Valdosta State men's basketball team saw their 26-4 season come to a close, leaving behind a lot of what if's.

The Valdosta State men's basketball team wasn't supposed to have the year they had.

"Everybody kind of thought, well, Valdosta State is going to come back to reality or in the pack," said head coach Mike Helfer.

They boasted the Gulf South Conference Player of the Year in senior Clay Guillozet.

They were 26-4 and ranked in Division II's top 10 in the country when it all came to an abrupt end.

"Being a top 10 team, making the conference tournament, winning our fourth straight GSC title," Guillozet said, "we had a team we thought was fit for the tournament."

An NCAA Tournament that the Blazers will never be a part of, but that's okay. This is a season that will long be remembered.

"It was one of the more rewarding years of my coaching career," Helfer said. "I've had a lot of great teams, a lot of great players, but it was really rewarding to see a group come together. I think at the beginning of the year we were picked fourth in the league, or whatever it was."

"I think our program, when you change out the players, has still been successful and is still able to win the GSC and stay on top," Helfer said. "It takes a lot of work to keep it there, but you have a lot of positives on your side and you have a lot of people say, 'they're always good.'"

Creating a reputation for Blazer basketball for years to come.

Helfer said one positive of all this is he thinks there will be a greater appreciation for the game, and this group will be hungry once next season rolls around.