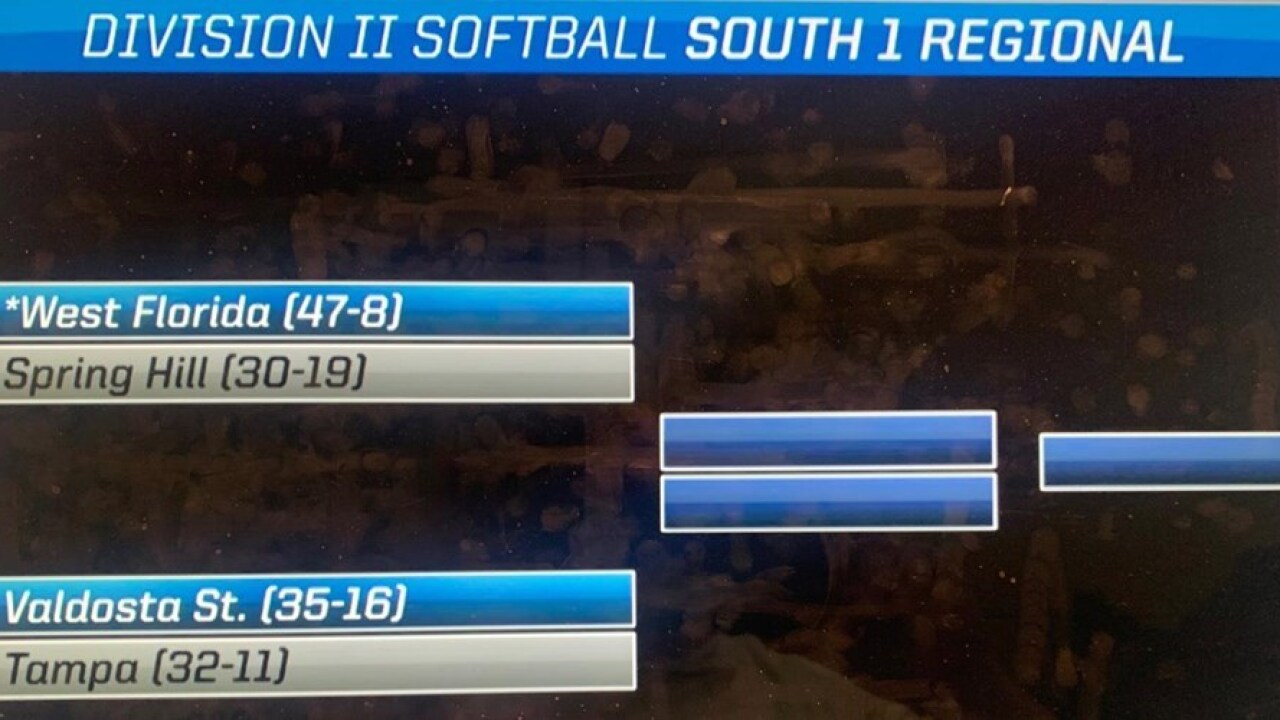 INDIANAPOLIS, Ind. – The No. 18 Valdosta State softball team learned Monday morning it is the No. 4-seed and will face No. 5-seed Tampa in the first round of the 2019 NCAA South Regional at University of West Florida, May 9-11. This marks the 14th-straight NCAA appearance for VSU and 18thoverall. VSU and Tampa will battle at 4:30 p.m. on May 9 in Pensacola, Fla.

Top-seeded West Florida will face No. 8-seed Spring Hill College from the Southern Intercollegiate Athletic Conference in the Pensacola half of the regional. No. 2-seed Florida Tech will host the other half of the regional along with No. 7-seed Mississippi College, No. 3-seed Alabama Huntsville and No. 6-seed Saint Leo.

The winners of each of the two regionals will then meet at the highest remaining seed, Mar. 16-17 in a best-of-three super regional as the winner will advance to the 2019 NCAA Division II College World Series at the Regency Athletic Complex in Denver, Colo., May 23-27.

VSU is 35-16 this season after going 2-2 in the Gulf South Conference Championship. The Blazers are familiar with Tampa this season as the teams at the NFCA Leadoff Classic in Clearwater, Fla., with Tampa winning 2-1, handing VSU its first loss of the season after an 8-0 start.

The Spartans are 32-11 this year and went 22-8 in the Sunshine State Conference. In the latest NFCA Top 25, Tampa was among other teams receiving votes. Spring Hill College went 30-19 overall and 17-2 in the SIAC winning four games in three days in the SIAC Championship for the automatic bid. West Florida won both the regular season and GSC Championships this season with a 47-8 record overall and went 25-4 in the GSC. The Argos are ranked No. 2 in the latest NFCA Top 25.

Check back with vstateblazers.com for links to streaming, ticket information and live stats of the regional, along with a preview of the regional later this week.