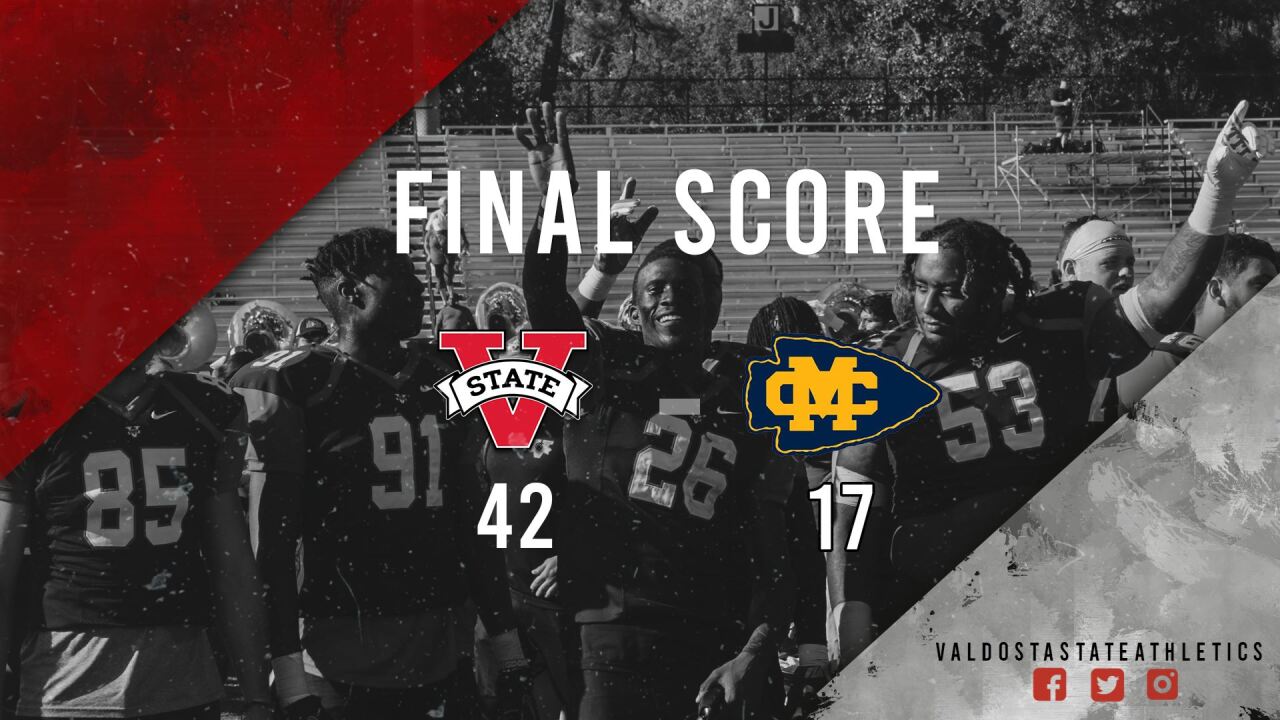 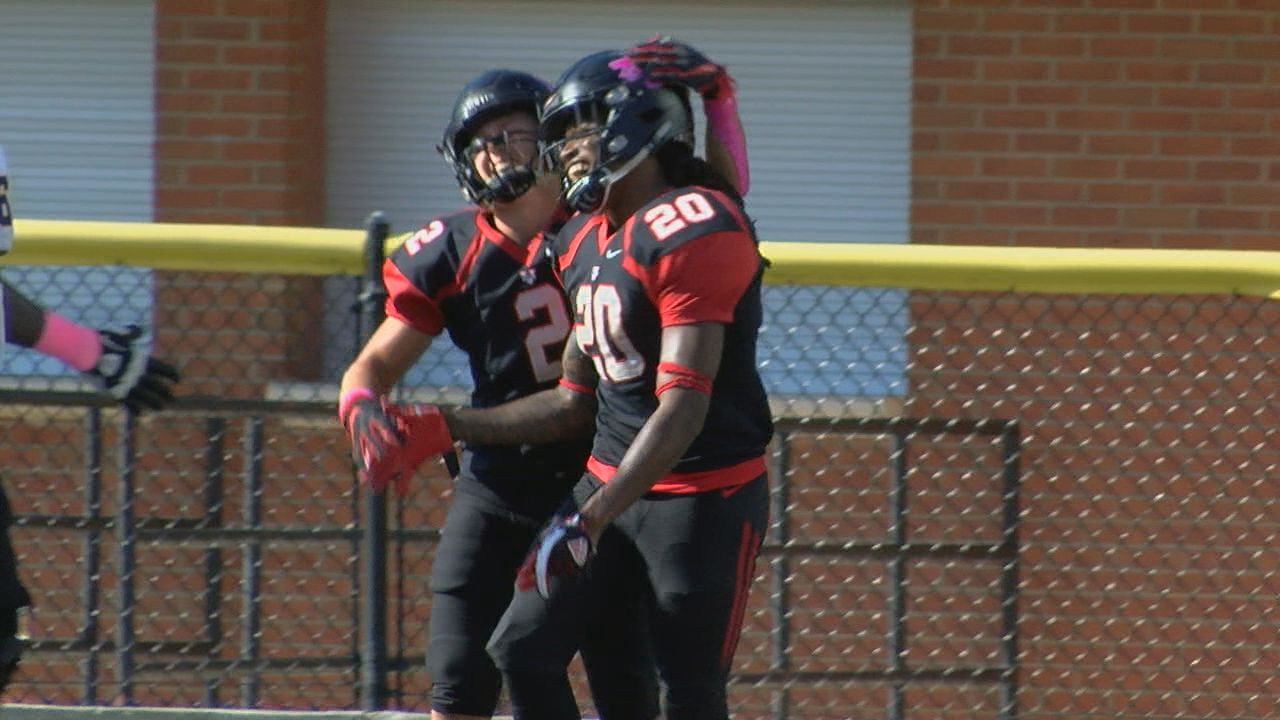 On the second play from scrimmage, Thompkins took the ball 54 yards down the near sideline for a 54-yard touchdown run and a 7-0 VSU lead. Thompkins caught an eight-yard pass on the first play from junior quarterback Rogan Wells as he accounted for all 62 yards on the drive.

The defense had a strong series as it tallied two tackles for loss and a penalty forced the Choctaws into a punt as the Blazers took over at the 50 and Wells used a reverse pass back and tossed a 50-yard strike to sophomore Kyler Crosby for a 14-0 lead with 9:54 left in the first quarter. The Blazers had three offensive plays and scored two touchdowns for 112 total yards.

The Choctaws moved down the field and were helped out by a pass interference penalty and an offside call on the Blazers. MC had a fourth and goal at the VSU one and, following a timeout, quarterback Detric Hawthorn called his own number for the score and a 14-7 VSU lead with 3:24 left in the first quarter.

VSU moved down to the MC 11, but sophomore Fernando Ramirez missed a 29-yard field goal wide left early in the second quarter as the Blazers missed a chance to extend the lead. The VSU "D" stood tall forcing a three-and-out and a sack from sophomore Jaylen Norwood. The ensuing punt from the Choctaws hit a VSU player as MC recovered in VSU territory, but the Blazer defense stood tall, once again, forcing a pair of negative plays as the Choctaws had to punt once again.

VSU got its first blocked punt of the season as junior Stephon Williams was untouched up the middle blocking the Drake McCarter punt as freshman Tyson Ross recovered the punt at the MC three. Thompkins scored untouched for a 21-7 lead with 4:13 left in a quick first half.

Mississippi College moved down the field in the final five minutes of the half, but settled for a 34-yard field goal from McCarter for a 21-10 VSU lead at intermission.

MC had 106 yards of offense with 92 yards rushing and 14 passing as Hawthorn scored the one touchdown for the Choctaws, while Jaylin Jones led the team on the ground with 47 yards on nine carries. Hawthorn was 1 for 6 passing for 14 yards.

A big run from MC's Quentin Young for 34 yards set the Choctaws up at the VSU 14 and a run to the five from Jordan Wright set MC up with a first and goal. Early the drive, it looked as if VSU had gotten a holding call on the Choctaws after a rush out of the Choctaws, but the flag was picked up. Hawthorn scored from one yard out for a 21-17 score with 5:50 left in the third quarter. MC went nine plays for 89 yards on the drive.

VSU moved down to the MC four, but a sack from Ethan Owens pushed VSU back to the 14. On 3rd and goal from the nine, Wells found junior Brian Saunds over the middle of the end zone for a touchdown and a 28-17 lead with 47 seconds left in the third quarter.

Mississippi College had a thrid and six early in the fourth quarter as Hawthorn over threw a receiver and then sophomore Taurus Dotson came up with a strong pass breakup on the pivotal down as MC had to punt for the sixth time.

Following a great defensive stop deep in MC's own territory, VSU took the ball at the MC 49 and marched down the field with Wells tossing his third touchdown pass of the game, this time to junior Lio'undre Gallimore and a 35-17 lead with 6:18 left.

After Dotson recovered a fumble on a pitch by the Choctaws, Thompkins scampered 68 yards for first and goal at the MC one with 2:40 left. Thompkins then ran it in for his third rushing score of the game and a 42-17 lead.

For the game, senior Dalton Mydell and junior Cory Roberts each had ten tackles to lead the Blazers, while Mydell had a huge tackle for loss. Williams finished with five tackles, one sack and the blocked kick. VSU had five tackles for loss for 16 yards in the game, one fumble recovery by Dotson and two sacks. Thompkins finished the game with 149 yards on 10 carries, while Wells was 19 of 24 passing for 191 yards and three touchdowns.

VSU returns to the road next Saturday at 7 p.m. ET at Delta State as the Blazers will be going for win No. 21 in a row. Fans can access links to live stats, streaming, ticket information and more at vstateblazers.com, while the game will be broadcast on 92.1 WDDQ FM with Spencer Van Horn and Wade Beale having the call.