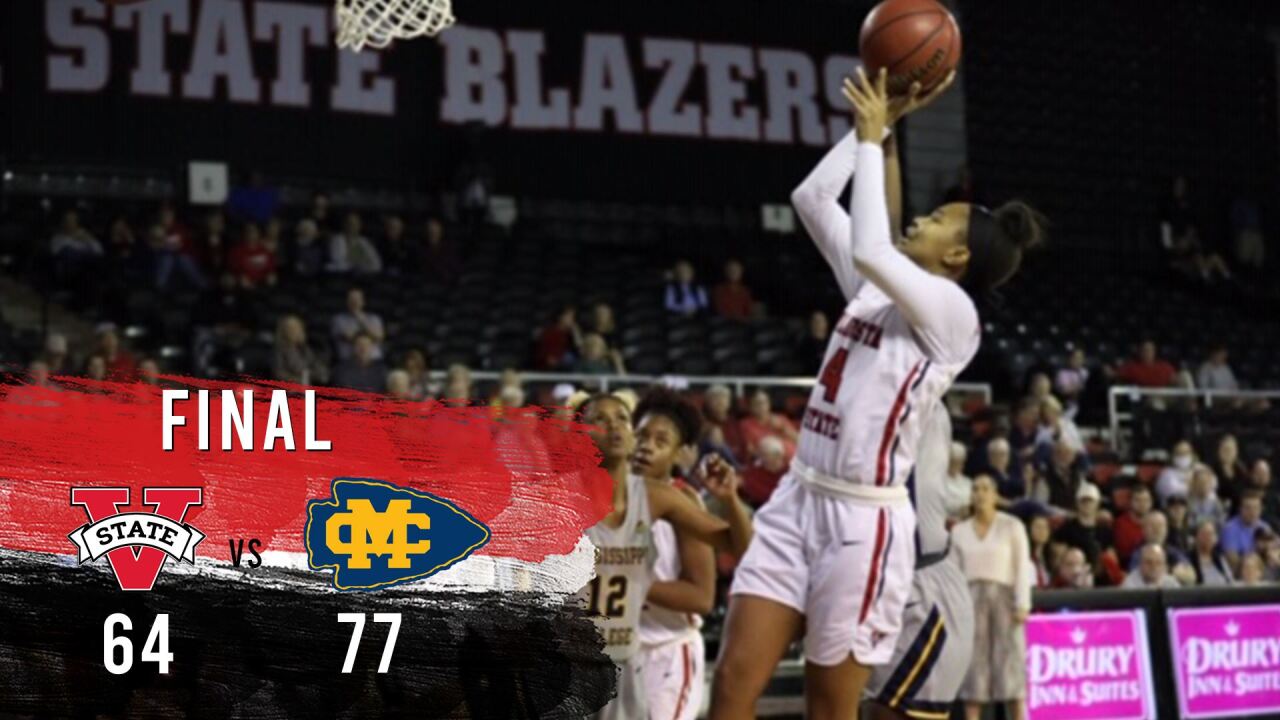 VSU senior Cheray Saunders had a team-high 23 points on 8 of 16 from the field, with one triple and 6 of 10 from the line, while pulling down eight rebounds. Junior Delaney Bernard added 11 points and junior reigning GSC Player of the Week, Kayla Bonilla, chipped in ten points.

MC shot 50 percent or better in three of the four quarters for the game and was 29 of 58 from the field for 50 percent for the contest. The Choctaws shot a blistering 69.2 percent in the third quarter as VSU battled all the way back to pull within one in the frame, but MC stretched the lead back out and had the answer each time VSU made a run. The Choctaws were 11 of 19 from beyond the arc and 8 of 12 from the line.

Five different players scored in double figures for MC as Mikeba Jones had a double-double with 13 points and 11 rebounds and Shanell Kitchens led the way with 15 points.

The Choctaws raced out to a 7-0 lead to begin the game and built a 15-5 lead later in the quarter, capped with a triple from Zariah Matthews with 4:55 left in the first quarter. MC led the way through one frame at 24-13.

In the second quarter, VSU cut the deficit to seven twice, but was unable to get closer in the half as each time MC made a big bucket after the Lady Blazer rally. Saunders earned the "and one" for a 40-32 deficit at intermission.

VSU pulled within two on three occasions and Bonilla buried a triple for a 47-46 deficit with 5:49 left in the third quarter, but the Choctaws drilled a triple from Coco Hobson, who finished the game with 13 points and nine rebounds and then Jones buried a triple stretching the lead to seven at 54-47, beginning an 8-0 run for a 59-47 lead with 2:01 left in the frame.

A jumper from Bonilla, once again pulled VSU within seven at 69-62 with 4:20 left, but Moria Hurst hit her only trey of the night, pushing the lead back to double-digits as MC went on for the 77-64 victory.

VSU continues at home on Saturday at 2 p.m. versus rival Delta State at The Complex. Fans can access links to live stats, audio/video streaming, ticket information and more at vstateblazers.com on the women's basketball schedule page. The game will be broadcast on 92.1 WDDQ with Mike Chason having the call.