Lady Blazers Fall in a Tough Game against Union, 68-52 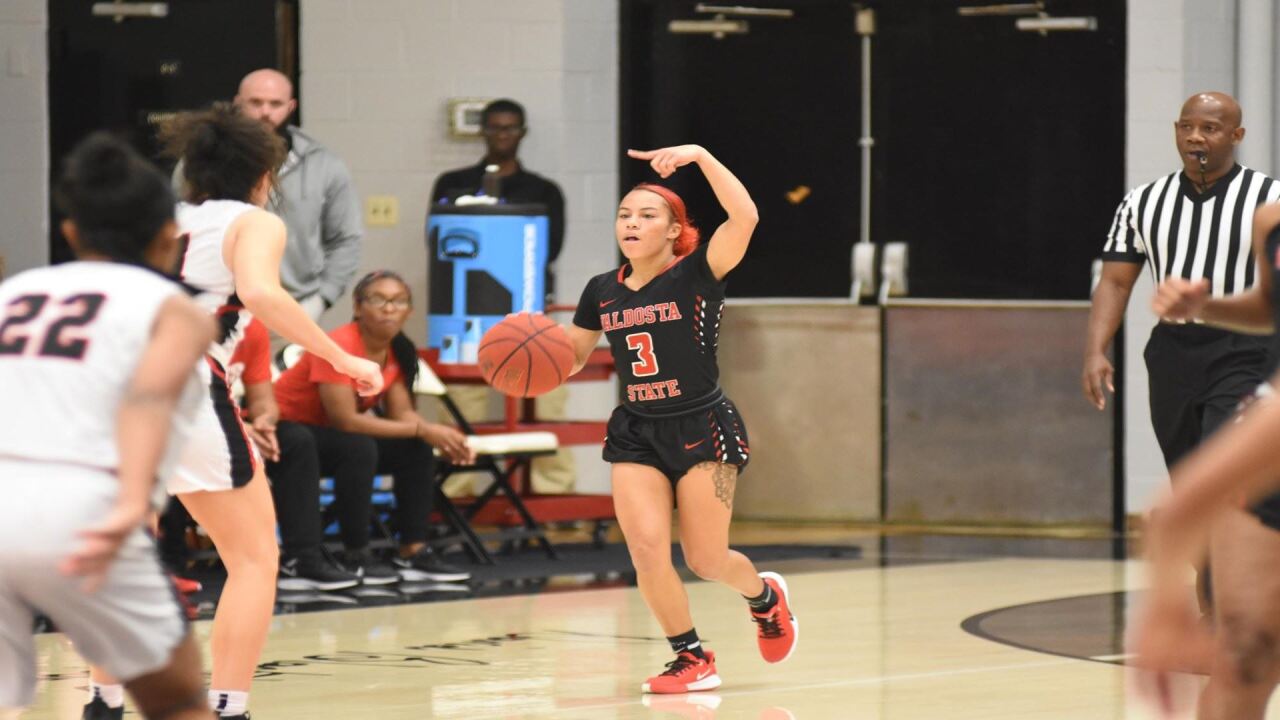 JACKSON, TN. - The Valdosta State Lady Blazers basketball team dropped its first contest of the 2019-2020 season on Monday night against Union University. The Bulldogs high-powered offense overpowered VSU on the way to a 68-52 victory.

The first quarter was dominated by Union as the Bulldogs jumped out to a quick 10-0 lead. Union would not look back as they raced out to a 24-9 lead heading into the second quarter.

The second period brought success for VSU, as the Lady Blazers fought back. VSU closed the deficit to single digits on a three-pointer from Delaney Bernard. After the Bulldogs worked the lead back to double digits, Bernard came in clutch with another long ball to close the gap to seven. Although VSU outscored Union 14-13 in the second quarter, both teams headed to the break with the Bulldogs leading 37-23.

Following intermission, the Lady Blazers did their best to cut into the Bulldogs lead. Guard Kayla Bonilla made it a ten-point game with a jumper, but the high-powered Union offense stayed consistent. As the third quarter ended, VSU faced a 55-41 deficit.

The final period was much of the same, as every time VSU seemed to make a run Union would answer right back. The Bulldogs were able to keep their distance from the Lady Blazers, with the lead never falling below 15 points. The Lady Blazers were unable to stop the Union attack, resulting in the first loss of the season for VSU.

Three Blazers were in double figures as Bonilla (17 pts), Cheray Saunders (11 pts) and Nari Garner (11 pts) continue to be the main contributors for this Valdosta State team. Saunders also added seven rebounds, three assists, and a steal. Bernard sparked VSU off the bench with nine points, going 3-of-5 from beyond the arc.

Up Next:
VSU heads back home to host the Valdosta State Thanksgiving Classic, starting on Friday when the Lady Blazers face Georgia Southwestern at 7 p.m. Links to live stats and streaming of the game are available at vstateblazers.com on the women's basketball schedule page.