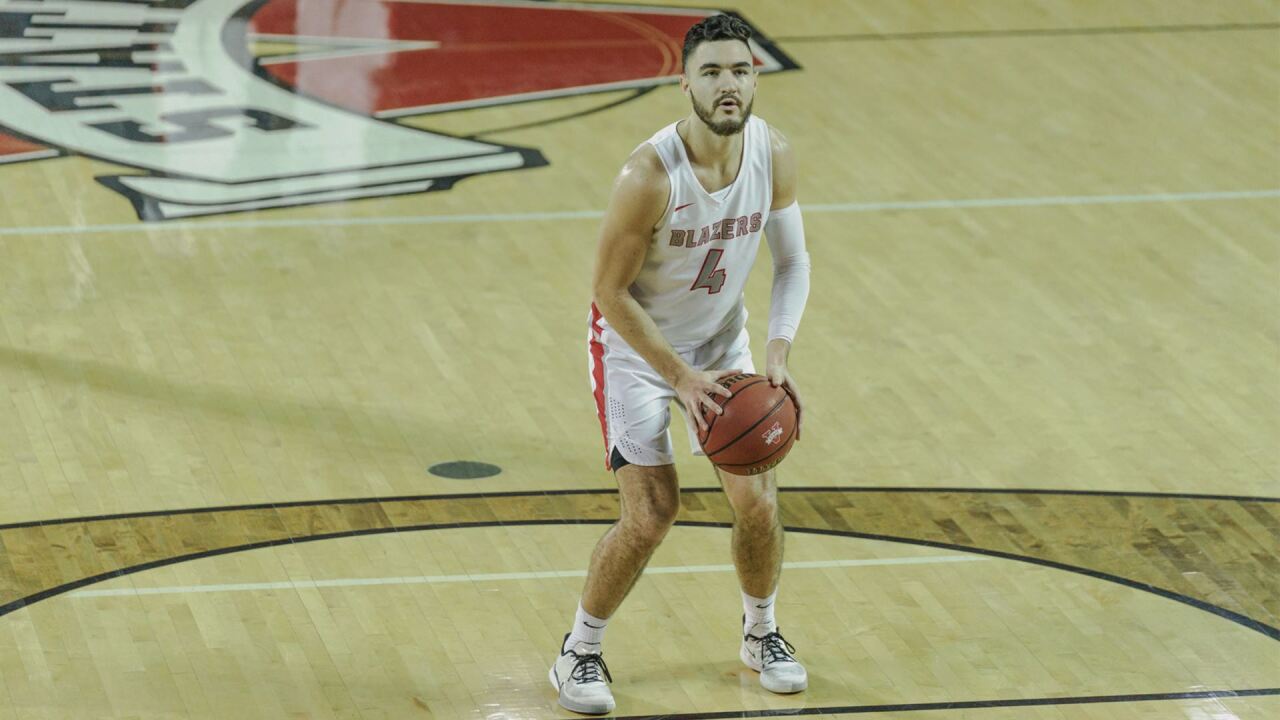 CLINTON, Miss. – The No. 13 Valdosta State men's basketball team used a big first half for a 79-63 victory at Mississippi College Thursday evening. Reigning Gulf South Conference Player of the Week, senior Clay Guillozet, paced the Blazers with his sixth double-double of the season on 20 points and 12 rebounds.

The Blazers, who won their league-leading 12th-straight game, improved to 19-3 on the year and 13-2 in GSC play, while Mississippi College fell to 8-14 overall and 4-12 in league play. Guillozet played all 40 minutes, going 7 of 14 from the field with one triple and 5 of 8 from the line. It was his seventh game this season of 20 or more points and third-straight.

Along with Guillozet, senior Bryce Smith had 18 points on 8 of 21 from the field and six rebounds. Sophomore Imoras Agee added 16 point and junior DeMarcus Addie added ten points off the bench. VSU shot 55.6 percent in the first half on 20 of 36, but dipped to 32.4 percent in the second half (11 of 34) and 44.3 percent for the game on 31 of 70. The Blazers were 7 of 25 from beyond the arc for the game and 10 of 19 from the line. Uncharacteristically, VSU committed 19 turnovers in the game, but forced 26 by the Choctaws and held a 31-21 lead in points off turnovers.

The Blazers head to Delta State for a Saturday game scheduled for 5 p.m. ET. Fans can access links to live stats, audio/video streaming, ticket information and more at vstateblazers.com on the men's basketball schedule page. The game will be broadcast on 92.1 WDDQ FM with Spencer Van Horn having the call.