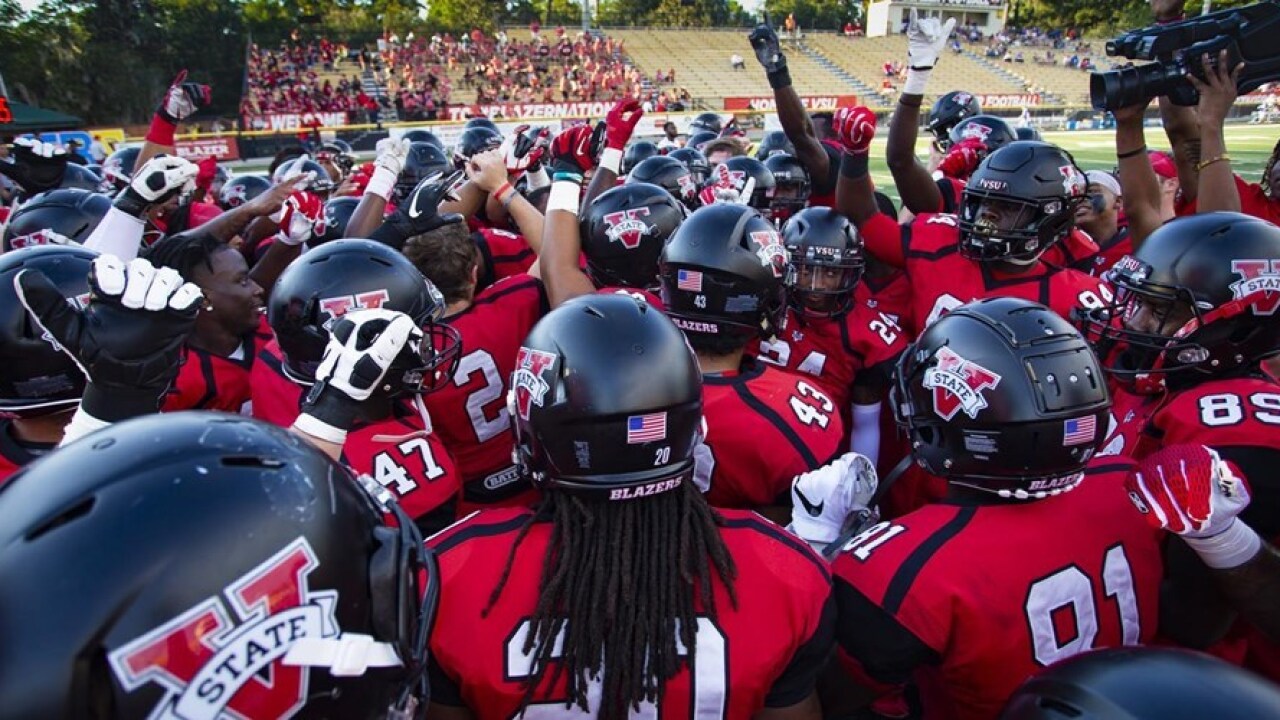 Valdosta State, who had its first undefeated season in program history at 14-0 in 2018, won its fourth national title in 14 years with a thrilling 49-47 victory over Ferris State (Mich.) at McKinney ISD Stadium in McKinney, Texas, in December. VSU led the nation in scoring average at a VSU and Gulf South conference record 52.0 points per game, while setting numerous school and conference records.

Heading into the 2019 season, the Blazers return a number of key players on both sides of the ball and look forward to the fall campaign under new head coach Gary Goff . Returning this season under center is Wells, the 2018 Harlon Hill Award national runner-up, who had an outstanding sophomore campaign as he threw for five touchdowns tying the national title game record and caught a touchdown for six scores for a new championship game record in 2018. A talented group of running backs and wide receivers complement Wells on the offensive side of the ball. On the defensive side of the ball, six starters return for the Blazers as the team led the nation in 2018 with six interceptions for touchdowns and 18 total interceptions for the season.

Looking at the preseason magazines, Street & Smith'shas the Blazers as the top team nationally, followed by 2018 runner-up Ferris State, Minnesota State is third, followed by Notre Dame College (Ohio), who gave VSU all it could handle in the national semifinals last season. Lenoir-Rhyne, who VSU also played in the playoffs in 2018, rounds out the top five. West Georgia sits 16thin the poll, while West Alabama is 20thand Wingate rounds out teams from Super Region Two in the poll.

NCAA.com also has the Blazers at the top spot in its Incredibly Early Top Tenas seen by Wayne Cavadi for the website. Cavadi has VSU at No. 1, followed by Ferris State, Notre Dame (Ohio), Minnesota State and Northwest Missouri State rounds out the top five. The College Football Todaywebsite has the Blazers at the top spot with Ferris State at No. 2, followed by Notre Dame (Ohio) at No. 3, along with Ouachita Baptist at No. 4 and Tarleton State (Texas) rounds out the top five. West Georgia is seventh, while Florida Tech is 25th.

Lindy's Magazinealso has the Blazers at No. 1, followed by Ferris State, Notre Dame (Ohio), Minnesota State and Northwest Missouri State rounds out the top five. West Georgia sits 23rdas the only other GSC team in the poll. Along with the rankings by Lindy's, Wells was named a Lindy's Preseason First Team All-America selection. Sealey earned second team honors as did Mozone. Lindy's and Street & Smith's magazines are on newsstands now.

The Blazers open the 2019 season in defense of its title at Albany State on Sept. 7, at 7 p.m. The 2019 home slate begins on Sept. 14 at 6 p.m. at Bazemore-Hyder Stadium against Ohio Dominican. VSU has five home games this season as the team went a perfect 8-0 at home last season.