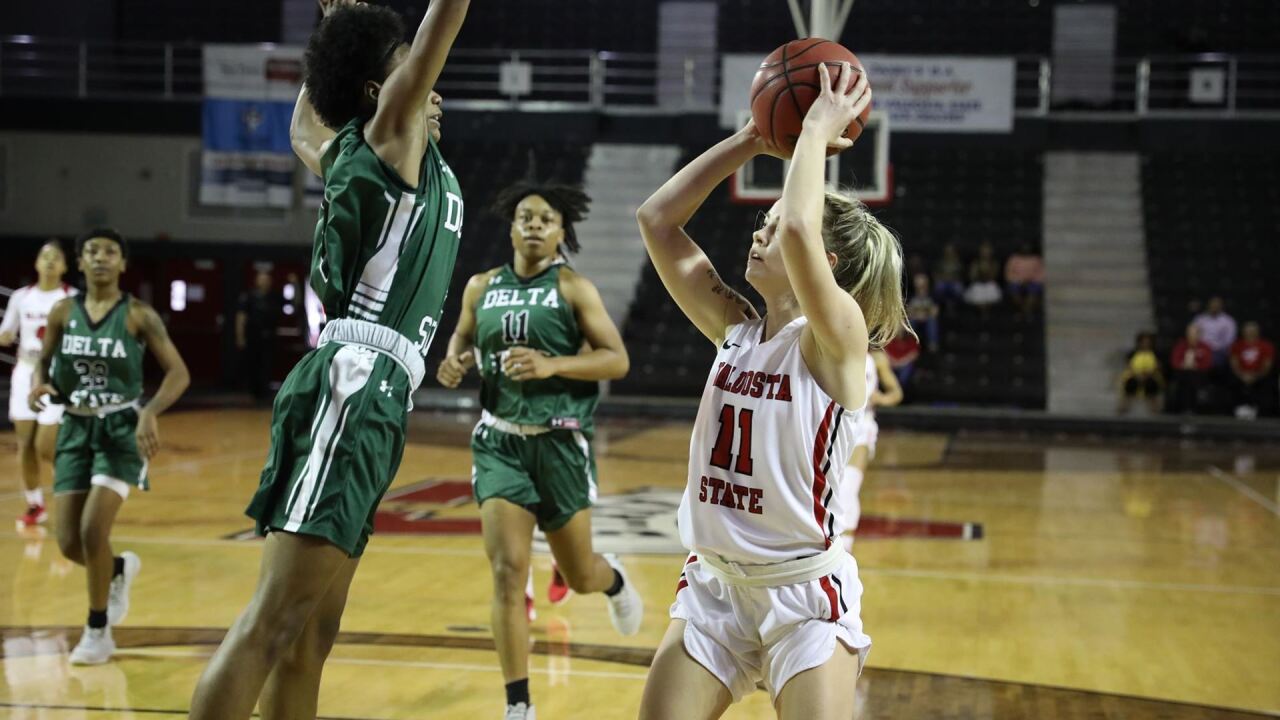 CLINTON, Miss. – It was a tale of two halves Thursday as the Valdosta State women's basketball team held a 34-28 lead at halftime at Mississippi College, but was outscored 47-21 in the second half as the Choctaws handed VSU a 76-55 setback Thursday evening. VSU fell to 16-7 and 8-7 in Gulf South Conference play, while MC improved to 10-12 overall and 7-9 in league play.

VSU built as many as a six-point lead early in the game and settled for a 17-17 score through the first quarter. In the second quarter, the teams traded the lead, but VSU closed the half on a 7-0 run for a 34-28 lead at the break. In all, the game saw seven ties and nine lead changes.

MC then used a 21-10 spurt in the third quarter for a 44-45 lead, but the it began the fourth with a decisive 15-0 run, before Bernard buried a triple for the first made field goal of the frame for VSU with 5:29 left.

The Lady Blazers head to Cleveland, Miss., looking to even the season series with the Lady Statesmen Saturday at 3 p.m. ET. Fans can access links to live stats, audio/video streaming, ticket information and more at vstateblazers.com on the women's basketball schedule page.