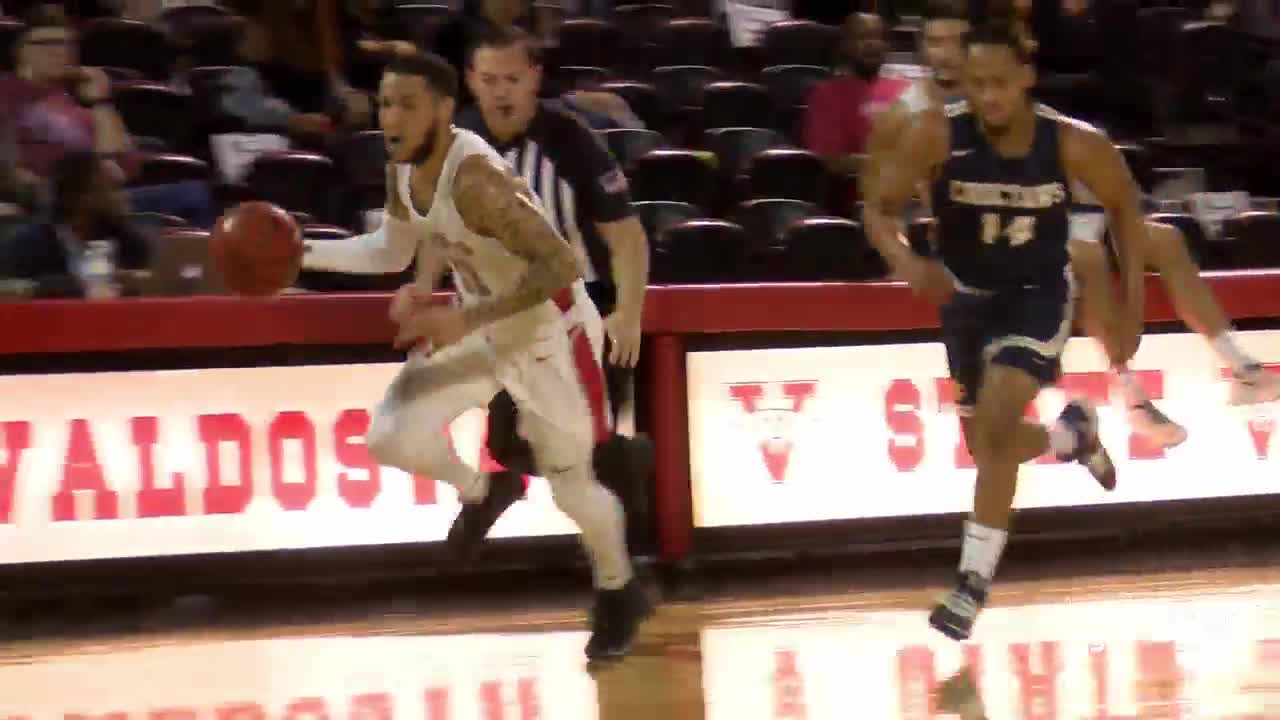 VSU (11-3, 5-2 Gulf South Conference) saw Jones go 10 of 16 from the field with two triples and 5 of 6 from the line with three assists and a season-high five steals in the victory. Senior Clay Guillozet added 13 points and a team-high eight rebounds, while sophomore Imoras Agee chipped in 14 points and senior Bryce Smith added 12 points. Sophomore Cam Hamilton added 15 points off the bench with a team-high six steals.

The Choctaws (6-7, 2-5 GSC) were led by 22 points from Winceton Edwards off the bench on 7 of 16 from the floor, 2 of 5 from range and 6 of 7 from the line leading four players in double figures. TJ Ben added 16 points and Zach Jones had a double-double with 12 rebounds and 10 points.

VSU extended its winning streak to seven games versus Mississippi College and 20-17 since Jan. 10, 1983. The Blazers have won the past four meetings at home in the series.

Neither team gained much of an advantage in a very physical game in the early going. A jumper from redshirt freshman Jakari Gallon gave VSU a 28-26 lead with 6:11 left in the first half for a lead it would never relinquish, as it began 23-10 run for the rest of the half and a 49-36 lead at intermission.

The Choctaws cut the deficit back to 18 with a triple from Jon Harding in the final seconds for the 99-81 score.

VSU continues at home on Saturday at 4 p.m. versus rival Delta State at The Complex. Fans can access links to live stats, audio/video streaming, ticket information and more at vstateblazers.com on the men's basketball schedule page. The game will be broadcast on 92.1 WDDQ with Mike Chason having the call.