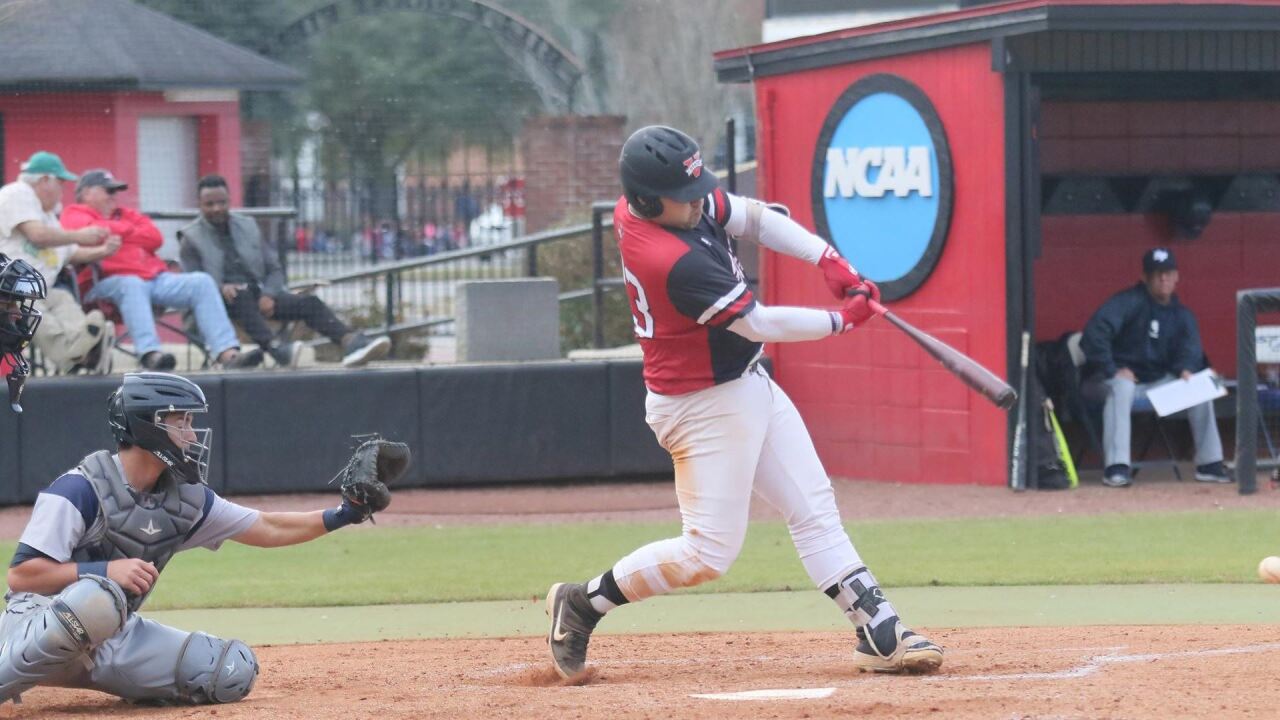 ALBANY, Ga. – Behind a 4 for 5 performance from Valdosta State senior David Maberry, the Blazers got back on the winning track with a 7-1 win at Albany State Tuesday evening. With the win, VSU improved to 13-6 on the year, while Albany State fell to 8-10.

The Blazers, tallied seven runs on eight hits with one error, while ASU had one run on six hits with three miscues leading to two unearned runs. Maberry had one double in the game as no other Blazer had more than one hit. Senior Mike Christopoulos was 1 for 3 with two RBI and a double, while Maberry and fellow seniors Alec Aleywine and Dalton Board each scored two runs.

Aleywine pitched a season-high 8.1 innings, allowing six hits, one earned run, walked two and fanned six. Senior Zach Blankenship pitched the final two outs of the game with one strikeout. The lone run for the Golden Rams came on a home run in the bottom of the second inning.

The Blazers got things started with two runs in the top of the second as Maberry began the frame with a single, followed by an Aleywine double. Back-to-back sacrifice flies followed for a 2-0 lead. In the bottom of the inning, Travis Ray, Jr., belted a home run for a 2-1 score.

Maberry began the top of the fourth with a double to left and Aleywine reached on an error, scoring Maberry and Aleywine then scored on a double from Christopoulos for a 4-1 score. VSU added to its lead in the top of the fifth on a sacrifice fly from senior Nick Lewis for a 5-1 score and added two more runs in the seventh for a 7-1 advantage on a Maberry RBI single and an error.

VSU continues on the road this weekend at Union as the series is set for a doubleheader Saturday, Mar. 14 at 2 p.m. ET, followed by a single game Sunday at 2 p.m. ET. Fans can listen to the game on 94.3 FM and 1150 AM in Valdosta with Aaron Haughton having the call of the games.