#20 West Florida shocks everyone with win over #1 Valdosta State 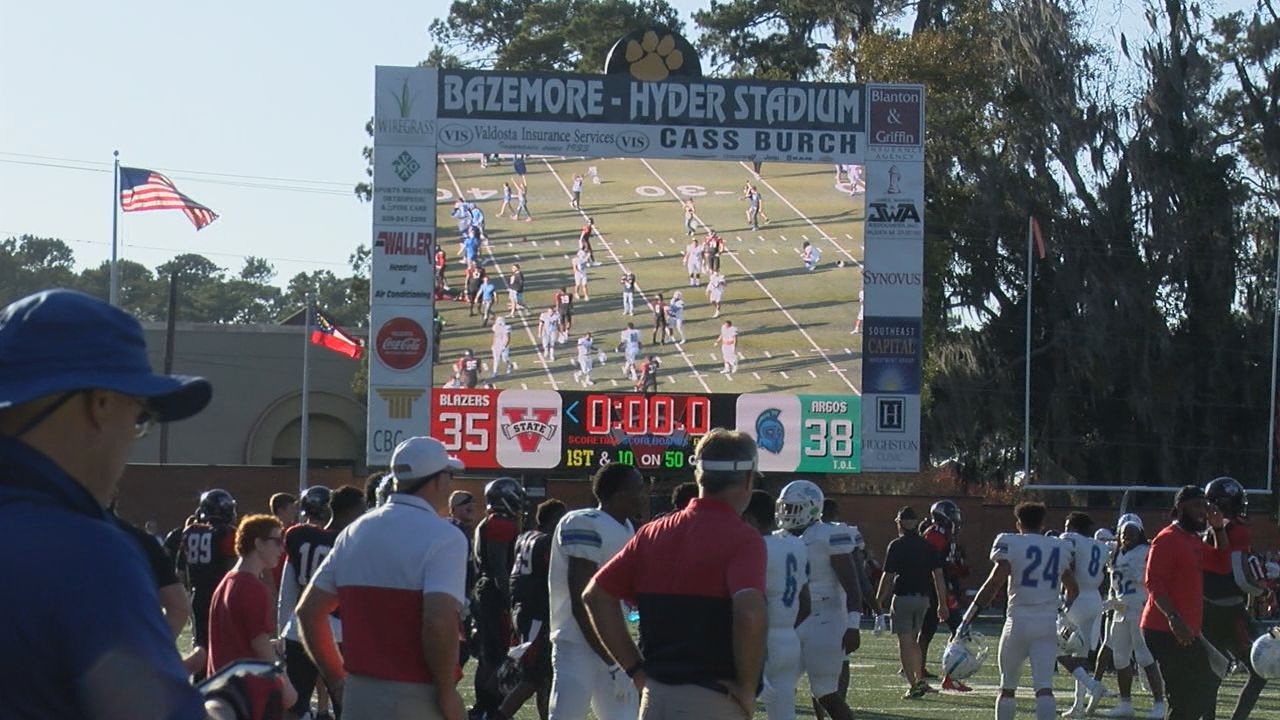 VALDOSTA, Ga. (WTXL) — Valdosta State began it's 2019 NCAA Division II playoffs at home, on Saturday, against West Florida. However, the #20 ranked Argos shocked everyone at Bazemore-Hyder Stadium with a thrilling 38-35 over the #1 ranked Blazers.

The Blazers had a first round bye while the Argos took on #16 ranked Wingate a week before. The previous meeting between the two teams was back on November 9th, when the Blazers won 26-21.

As far as records go, Valdosta State's 2019 regular season was the fourth undefeated season in school history. Plus, the Blazers gained the Gulf South Conference title. A win on Saturday would have been 26 straight for the Blazers.