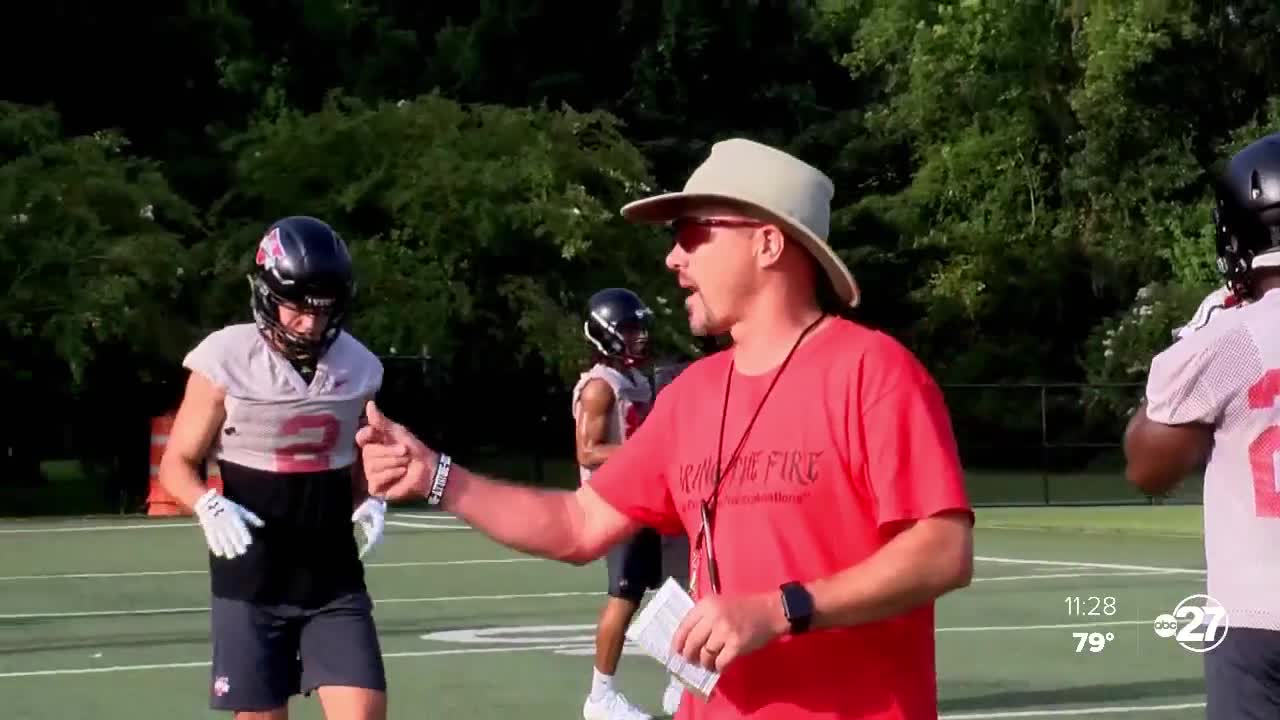 Football will not be played at Valdosta State this fall as the Gulf South conference delayed the start of competition until at least January 1.

VALDOSTA, Ga. (WTXL) — Football will not be played at Valdosta State this fall as the Gulf South conference delayed the start of competition until at least January 1.

Cross country and golf will be allowed to compete as they are not considered high risk by the NCAA.

For Blazer football coach Gary Goff, it's a decision he's anticipated for the last several weeks, but that doesn't mean it was any easier to hear.

"This is out of our control, there's no one for us to be mad at, so we might as well not be mad," said Goff. "The least we still get to be around each other in some fashion and get better each and every day and things could be worse, we know that. Right now, everybody has their health so we have to take it one day at a time like we do the season anyways. One week, one opponent at a time."

Division II has already canceled fall sport Championships and Goff said that could weigh into whether Valdosta State decides to play if there is a spring season. He said without a Championship to play for he's worried players will not want to play.

No sport can be played until January 1 and the Gulf South said they are currently working to outline a schedule for basketball.

There is no change in the spring sports competition at this time.