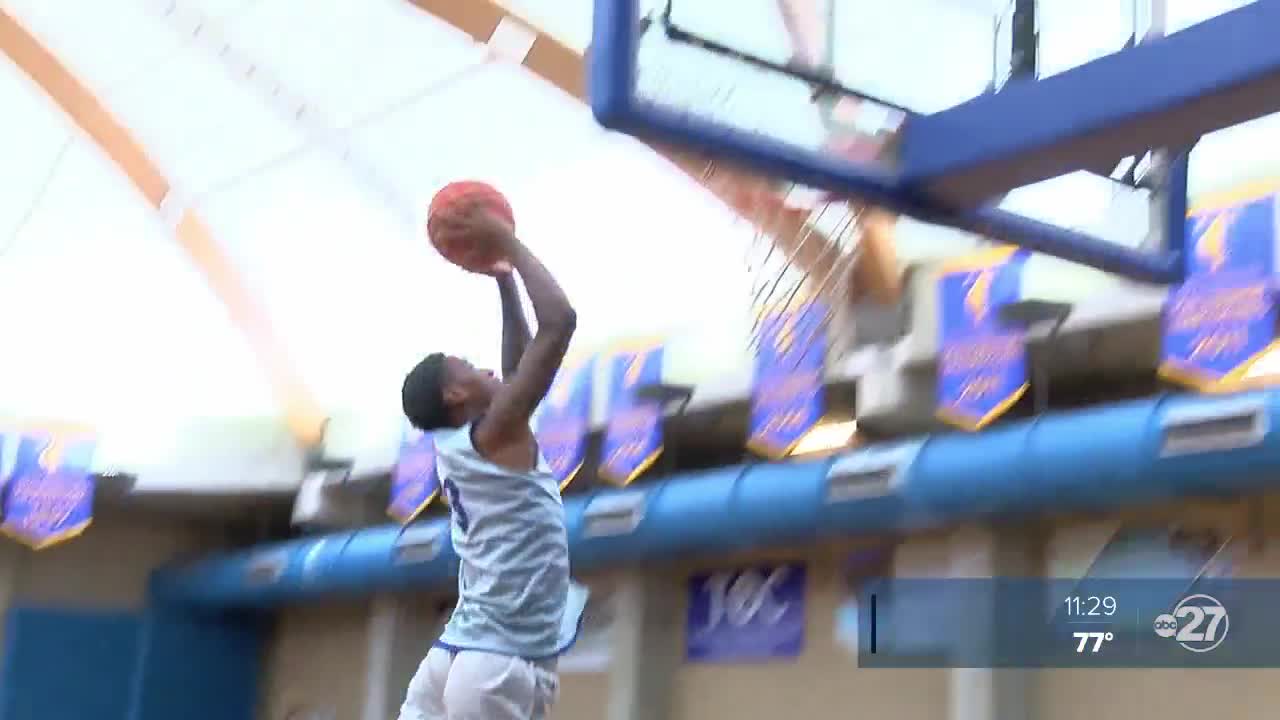 El Ellis will be a Louisville Cardinal.

The 2021 guard made his announcement Wednesday afternoon, saying playing in the ACC has always been a dream of his growing up in North Carolina.

Ellis averaged over 14 points per game his freshman season, shooting 40percent from beyond the arc. He was the Panhandle Conferences Freshman and Player of the year and still has his sophomore year to go in Tallahassee.

Of committing so early to the Cardinals? He said it's just one less thing to worry about.

"I didn't want to have to deal with all the recruiting stuff and I just wanted to focus on me and my team, really," said Ellis. "Louisville, I've grown up watching Louisville. Russ Smith, Donovan Mitchell, Terry Rozier. So I've seen all the great players that have come through. I just wanted to be a part of that. The coaches believe in me, and that's big for me."

Ellis said he's excited for the upcoming season, given the potential that was left on the floor in their shortened season this year.