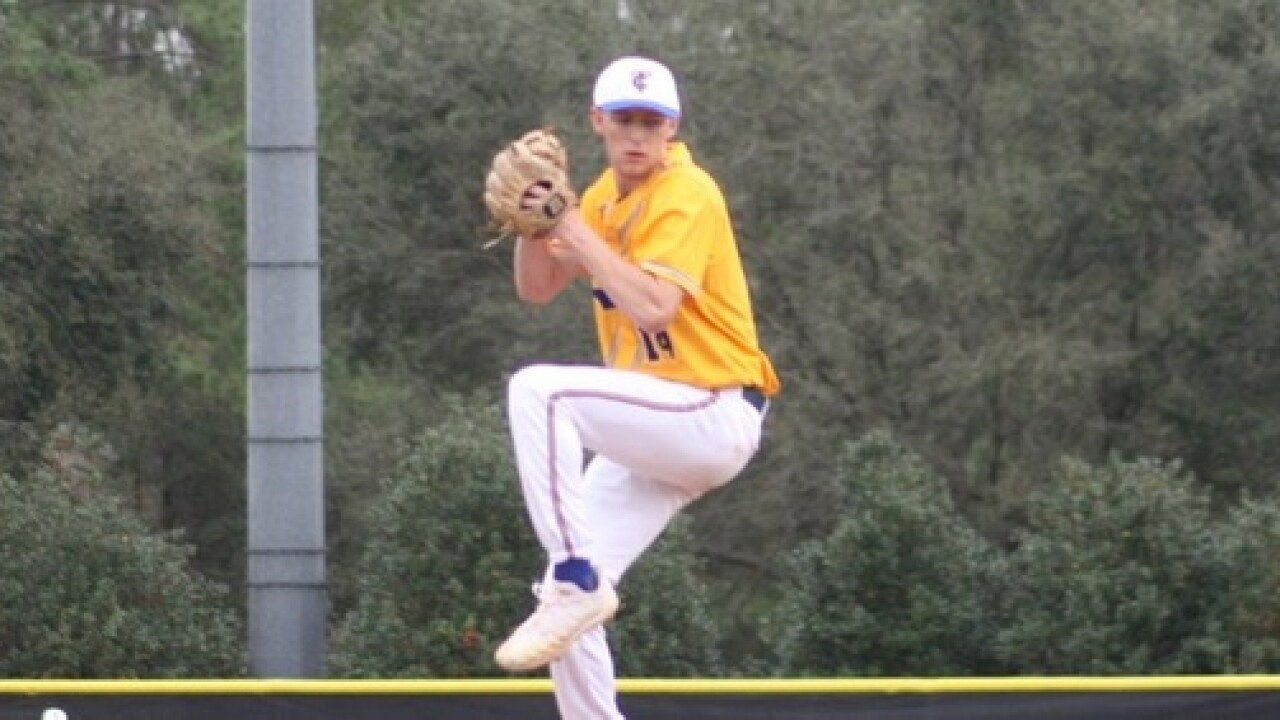 Lawson (4-1) scattered four hits and two walks over six innings while striking out nine. Allen Roulette, Leighton Alley and Nolan Daniel held the Indians to just one hit and one walk over the final three innings.

Daniel struck out the side in the ninth, the last of 14 strikeouts for the quartet of Eagle hurlers, for his sixth save.

As it turned out, the Eagles got all the offense they needed in their first at-bat.

Two runs in the third proved to be insurance. Spencer Hanson led off the inning with a single, advanced to third on a double by Fernandez then scored on a wild pitch. Fernandez eventually scored on a ground out by Stan King to complete the scoring.

Hanson had two of the Eagles' six hits.

The teams will play game two of their four-game series at 6 p.m. Thursday in Marianna.