Eagles pull away from ‘Dores, into tie for first in PC 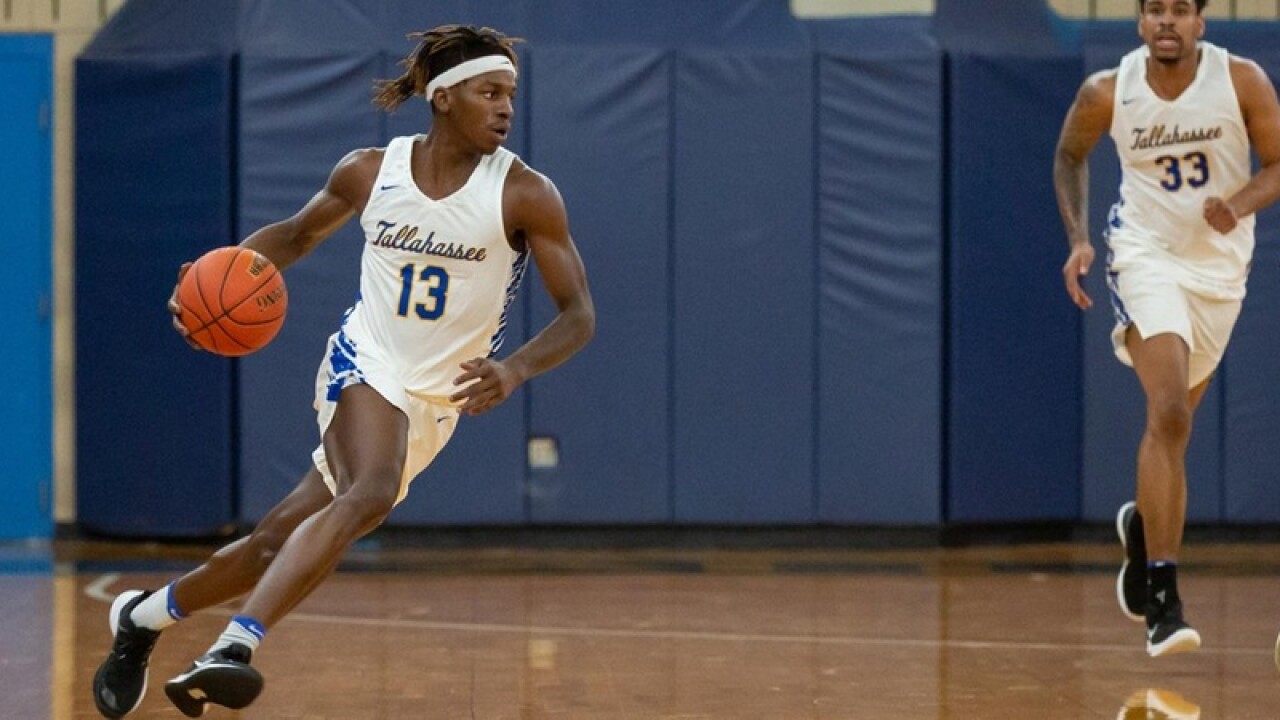 By winning, Tallahassee (22-4) pulled even with Gulf Coast State (19-5) in the Panhandle Conference standings. Both teams are 6-2 with four games remaining. Perhaps, more importantly, the victory created a two-game lead over Chipola College and Pensacola State College, who are tied for third at 4-4. Only the top two teams will advance to next month's NJCAA District/FCSAA State Tournament in Niceville, Fla., and be eligible for at-large consideration to the NJCAA Tournament.

Tallahassee and Gulf Coast State played a thriller on January 18, a game won by the Commodores, 75-73. Although Gulf Coast State never led, Wednesday's showdown was unfolding with just as much drama until the game's final 10 minutes.

Leading 58-56, Tallahassee scored five straight points before a play on the defensive end kicked things into high gear. Daivon Stephens deflected a pass into the backcourt, where he outran the 'Dores Devonta Cook and outmuscled him to get the lay-in and the foul. Stephens converted the three-point play and scored again on the Eagles' next possession to finish a 10-0 run for a 68-56 lead with 8:16 left in the game.

After Gulf Coast State scored the next two baskets to get within eight (68-60), the Eagles went on a 16-4 run to blow the game wide open. DeAndre Gholston's free throw gave Tallahassee an 84-64 lead with 1:50 remaining.

Eric Hester, who hit 6-of-9 three-pointers, led the Eagles with 22 points. El Ellis had 17 points and 10 assists. Gholston finished with 12 points, and Rifen Miguel had 11.

Tallahassee led 41-38 at the intermission.

The Eagles will host Chipola in another critical game on Saturday. Tip-off is at 7:30 p.m.