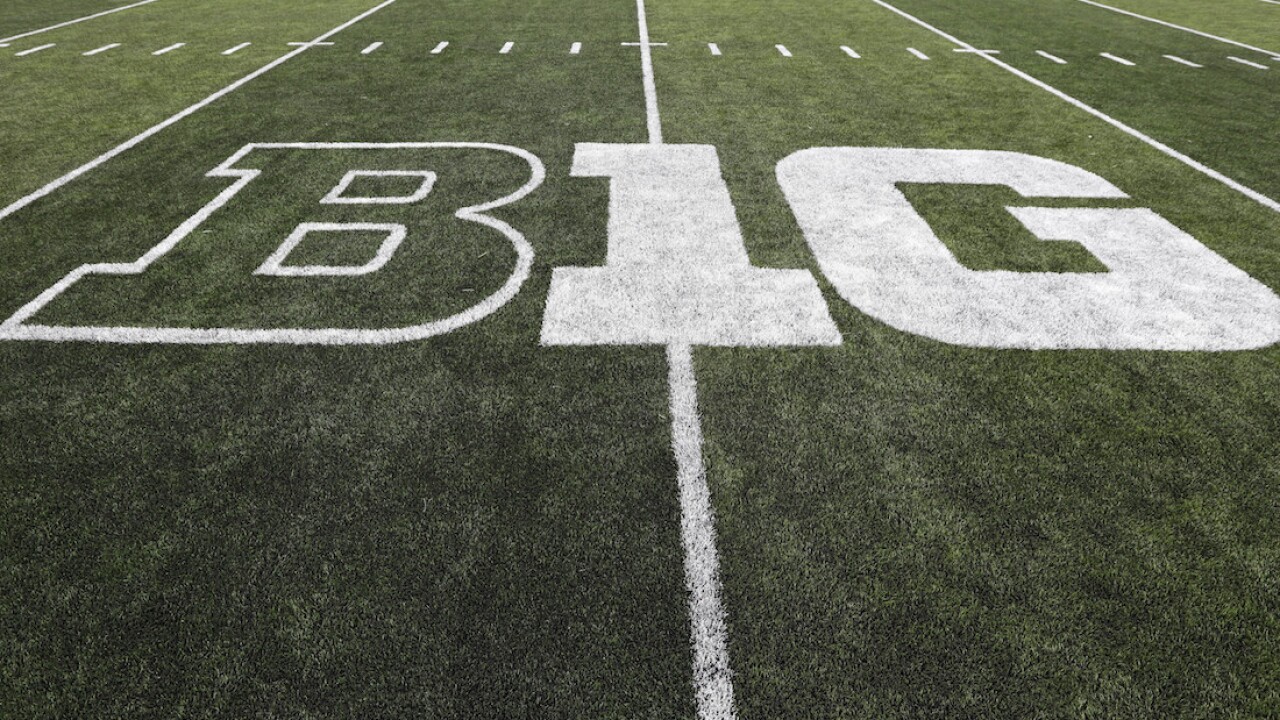 Copyright 2019 The Associated Press. All rights reserved
Charlie Neibergall/AP
FILE - In this Aug. 31, 2019, file photo, the Big Ten logo is displayed on the field before an NCAA college football game between Iowa and Miami of Ohio in Iowa City, Iowa. The Big Ten released its 10-game conference-only football schedule beginning as early as Labor Day weekend but cautioned there is no certainty games will be played. (AP Photo/Charlie Neibergall, File)

This does not include Football Bowl Subdivision as the NCAA doesn't control FB Championships.

Emmert said the NCAA's priority will be winter and spring championships since they were canceled this year.