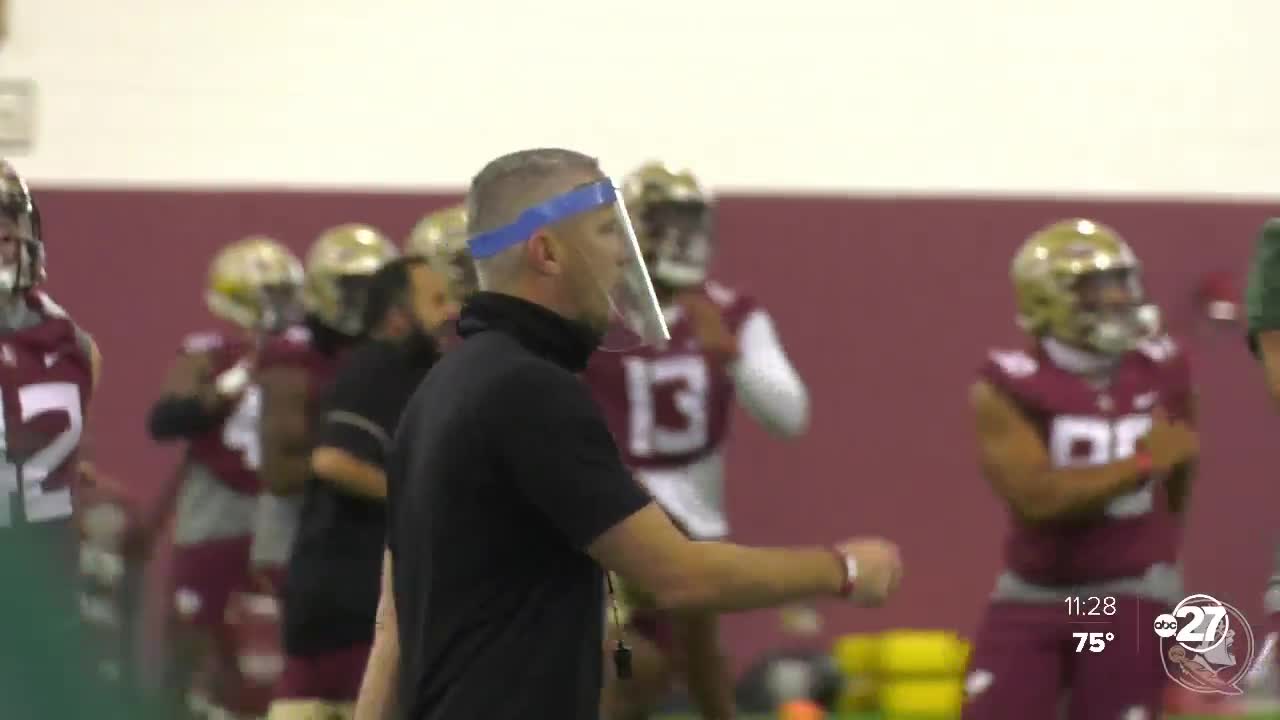 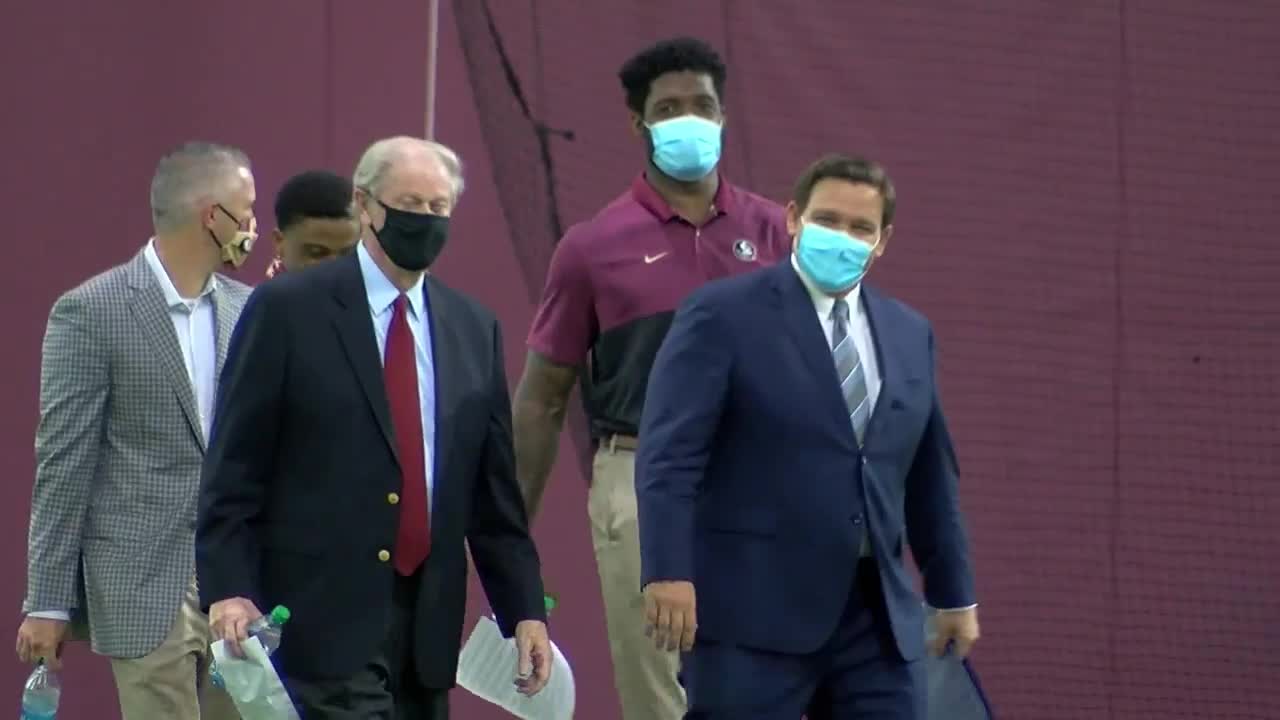 Thrasher said the ACC is confident football can be played safely.

He did say that the Big Ten, who decided to postpone fall sports until the spring Tuesday afternoon, as well as the Pac-12, were concerned, but because of protocols put in place by Florida State and the ACC he feels that football can be played.

Thrasher says he wants other schools to know that they are ready with safety in mind.

"Our coaches want to coach and our players want to play," said Thrasher. "It's up to use to make sure the environment is safe and I think we've done that. What we need to do now though is send this message to the rest of those schools out there that may be teetering on whether to play or not and let them know a University like Florida State University, which I believe is fairly respected in athletics as well as academics, thank you, Governor, I think is ready to play, and for the right reasons."

"This is like a family," Governor Ron DeSantis said. "The people that you play with. The coaches, the trainers, the administrators, they're looking out for these kids. They want everybody to be safe. Not just with respect to coronavirus, but all kinds of health issues that come up in an athletic season. This is the safest place to be."

Thrasher said Florida State has a lab on campus that can turn around test results in 24 hours, one of the reasons he said gives him the confidence the Seminoles can play.

"I've been playing football since I was in second grade," said Josh Kaindoh. "Every year it's been school and football and it's weird we're having this conversation about potentially not playing. I've put in so much work day in and day out even when school opened back up and stuff like that and to get to the point that I'm at right now and to potentially have this season taken away, it'd be heartbreaking."

Two players have opted not to play this fall at Florida State, but 118 others want to play. Keyshawn Helton and Josh Kaindoh, who were in attendance, agreed that the safest place they feel right now is on the football field.

"You talk about 18-22-year-olds quarantining at their house," said Helton. "That's unrealistic. There's so many other things guys are going to go do which is not safe. Being here with my team and all of us together is the safest for us."

The players who opted out will remain on scholarship with the team.

Thrasher and Coburn said FSU has protocols in place if a player were to test positive mid-season that are still being finalized.

"We came back and had our mandatory workouts, we presented that to our team, to our staff, to everybody involved," Norvell said. "The choice is theirs. We're going to provide this for them so they can come here and feel safe and be able to grow and develop. I'm proud of our guys and how they've handled themselves. Obviously they're excited for what the future holds. They want to be a part of this team and what the future holds this season."

With the Big 10 and the Pac 12 postponing football the question now is will there be another of the five major conferences to do the same?

If football isn't played Florida State would lose 75 percent of its revenue to the athletic department and Coburn doesn't think football could be moved to the spring.

"You're not sure you can play in the spring," said Coburn. "If you make that decision and then ultimately you can't play because we can't get the virus under control or immunizations aren't widely available or the regular flu has a bad season and really overwhelms the healthcare system, there are a lot of reasons why it might not happen. Can you gamble by continuing to blow through your budget? What happens if you can't play in the spring?"

The ACC released a statement Tuesday night saying they understand the need to stay flexible and be prepared to adjust as medical information and the landscape evolves...

Florida State is set to open the season at home on September 12 against Georgia Tech.