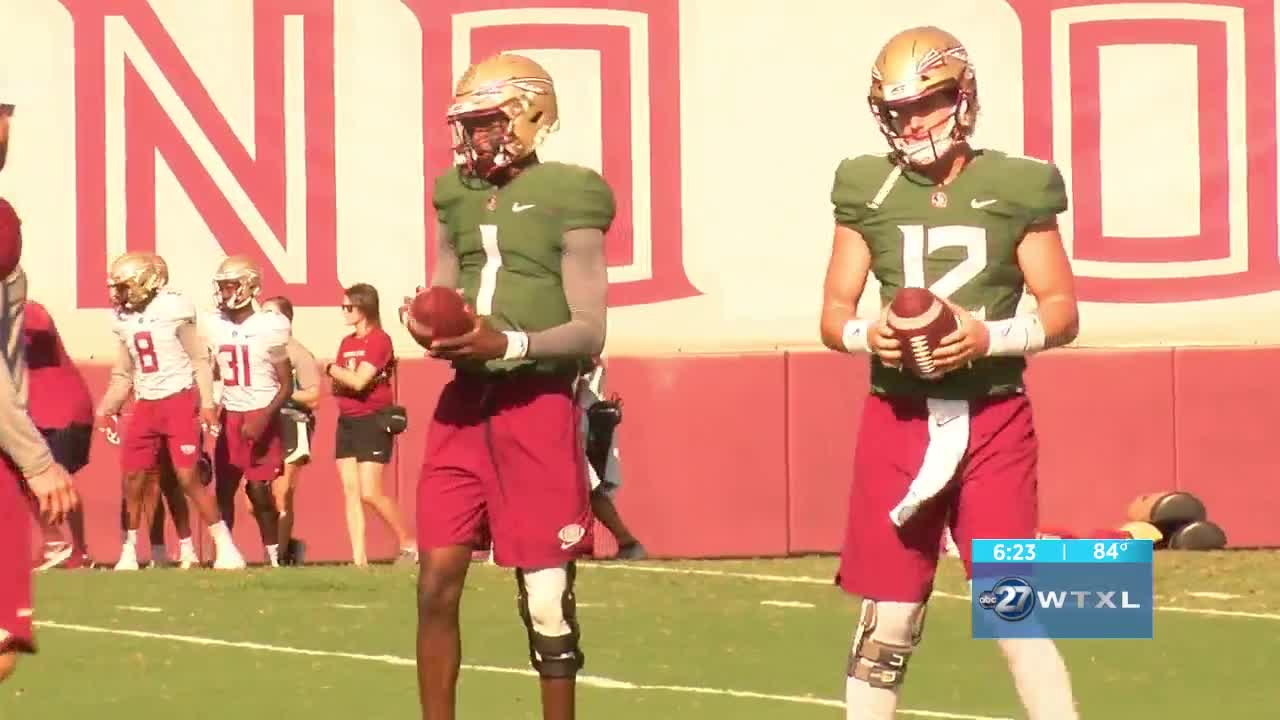 TALLAHASSEE, Fl. (WTXL) — Saturday, October 12th will likely be the toughest challenge for the Florida State football team. The seminoles face off against #2 Clemson. The game won't just be tough because it's against the reigning national champions, but also because it's at Clemson. If the Seminoles can hang around, they could possibly shock the nation.

This week, the Noles come in off a bye last week. They have had time to prepare, rest, and heal any injuries. One injury that many have wanted healed quickly, was James Blackman. The starting quarterback went down with a knee injury in the Louisville game. Alex Hornibrook, the Wisconsin transfer, stepped up and lead the Seminoles to a win over Louisville, and then another win the following week against NC State.

According to head coach Willie Taggart, Blackman has been practicing all last week and this week and will play on Saturday. He also said, Hornibrook will make appearances against Clemson. "They play something different. James brings James and Alex brings Alex to the game," explained Tagggart. "They both understand our offense and they've both done a great job of executing our offense. They've both done a great job of taking care of the football which is very important."

When it comes to the Clemson Tigers, Taggart said their showing against UNC does not change what he thinks of the #2 ranked team. "I really don't buy in to any of that talk. I watch the film and our guys watch them, and we go off of that. Clemson are the defending national champions. These guys have played for a national championship for the last two years and they haven't lost. All of that is just talk which is what happens this time of year."