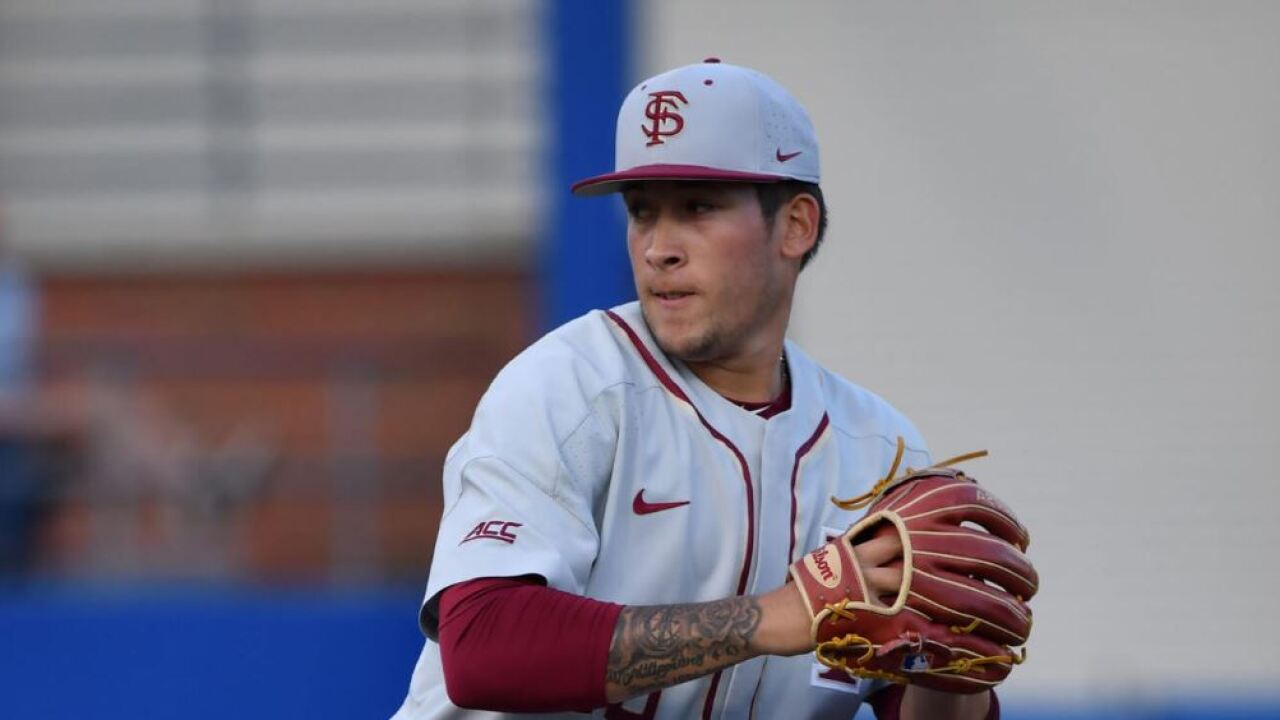 The Gators were the last remaining unbeaten team in the country.

The Seminoles scored a run in the first inning on a Reese Albert single and in the eighth inning on Nander De Sedas’s sacrifice fly. Dylan Simmons led the FSU offense with a career-high three hits.

Robby Martin and Mat Nelson each had a pair of hits, and Tyler Martin drew both of Florida State’s walks. The Seminoles were hit by three pitches.

Robby Martin started in right field and robbed a would-be Kirby McMullen home run to end the first inning. McMullen had the Gators’ first hit, a double in the fourth inning off Velez. The next Gator batter to reach second base was in the eighth inning when Kendrick Calilao singled and advanced on a wild pitch.

Messick closed out the game with a perfect ninth inning, striking out pinch hitter Kris Armstrong to end the game.

The win improved Florida State to 129-121-1 in the all-time series. It was the first game in the series as a head coach for Mike Martin, Jr., after serving as a Seminole assistant coach for the past 22 seasons.

Florida State is back in Tallahassee Wednesday to host Illinois State at 6 p.m.

Fans can watch the game on ACC Network, listen on the radio in Tallahassee on 106.1 FM or nationwide through the FSU Gameday App.