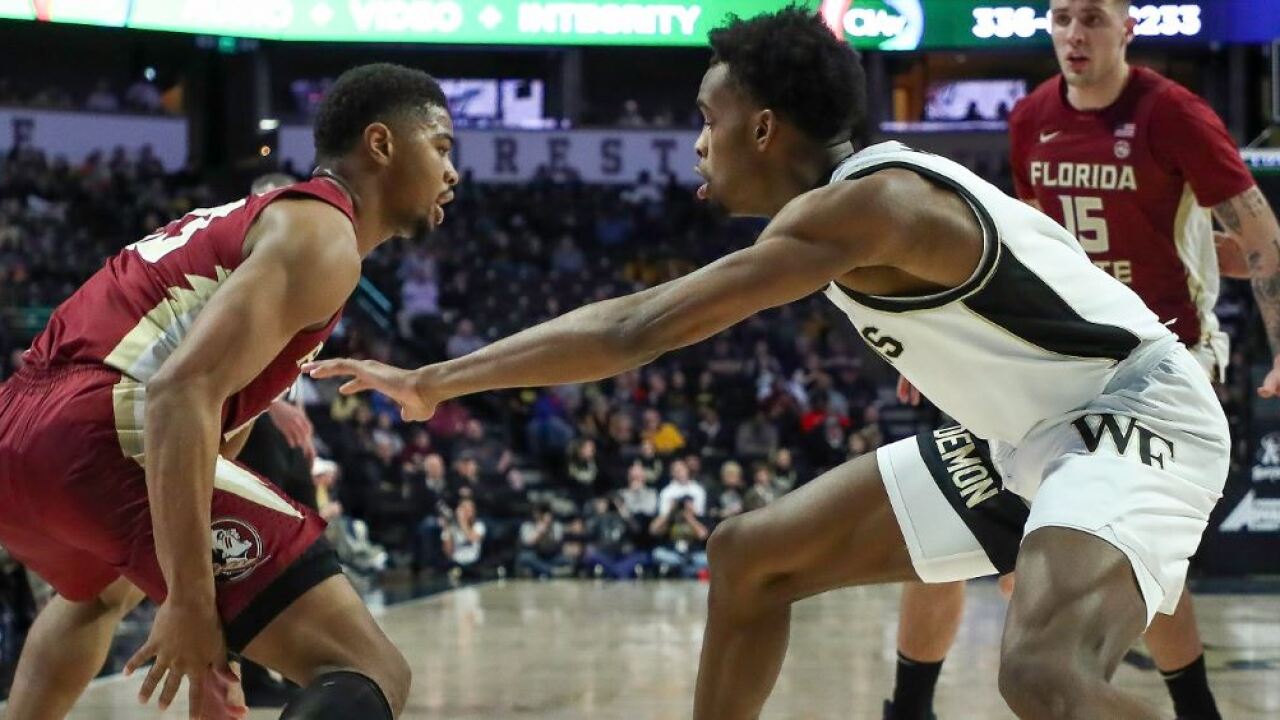 WINSTON-SALEM, N.C. — Devin Vassell scored 17 points and No. 10 Florida State pulled away in the final 10 minutes to beat Wake Forest 78-68 on Wednesday night.

M.J. Walker scored 12 of his 15 points in the first half for the Seminoles. They trailed early in the second half before going ahead for good on RaiQuan Gray’s 3-pointer at the 14:04 mark.

FSU (14-2, 4-1 Atlantic Coast Conference) has won seven straight and 14 of 15, including a weekend win at then-No. 7 Louisville that signaled Leonard Hamilton’s Seminoles are again a factor in the league race.

Still, this wasn’t always pretty. Florida State shot less than 40% for much of the second half before padding that number by hitting its last four shots, three of those coming on dunks as they remained in control and the Demon Deacons in catch-up mode.

Brandon Childress scored 20 points to lead Wake Forest, which played without starter Chaundee Brown due to a lower-leg injury. The Demon Deacons (8-6, 1-3) got off to a slow start to fall behind by a dozen in the opening minutes, but ran off 11 straight points out of halftime to erase a 41-34 halftime deficit and get back in it.

Florida State: Arrived with plenty of momentum following the Louisville win, with its past three league wins all coming by double-figure margins dating to early December. Yet the Seminoles had a tougher time putting away the Demon Deacons, bumbling their way through the opening minutes of the second half to let Wake Forest get ahead before finally starting to assert control in the final 10 minutes.

Wake Forest: The Demon Deacons were coming off a big win at Pittsburgh, rallying from 16 down for the victory. But they were short-handed for this one without Brown, a 6-foot-5 junior averaging 13.3 points and 6.5 rebounds. They fell behind 15-3 and trailed by seven at halftime before opening the second half with the 11-0 run for the lead, then stayed within a shot or two of the Seminoles before Florida State made its clinching move.

Florida State: The Seminoles return to action next Wednesday at home against 18th-ranked and reigning national champion Virginia.