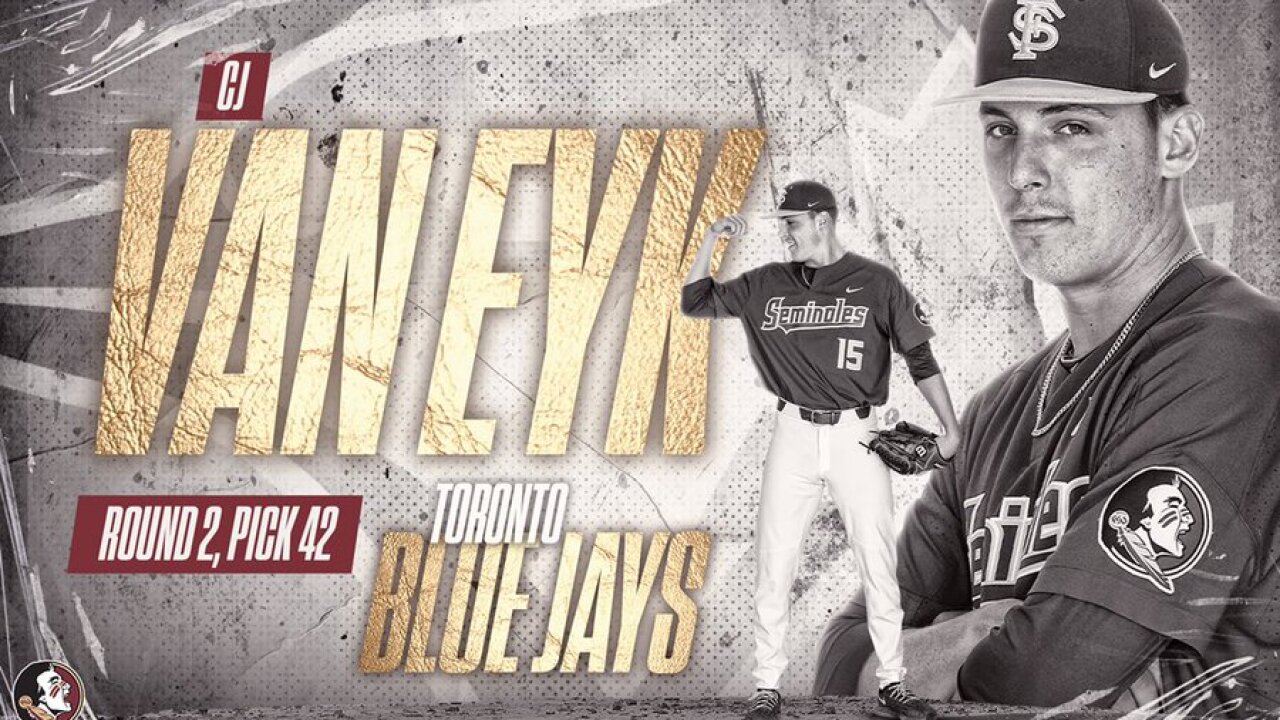 Van Eyk is FSU’s highest drafted pitcher since Luke Weaver went in the first round in 2014.

In the fifth round, with pick 148 overall, left-handed pitcher Shane Drohan was selected by the Boston Red Sox.

As a freshman, Van Eyk was 7-0 while splitting time between the bullpen and starting rotation. He was a second-team freshman All-American from Baseball America, D1Baseball and the NCBWA and was on the 2018 ACC All-Freshman Team.

He struck out 129 batters in 99.1 innings pitched and won seven consecutive decisions leading to the CWS, including a one-hitter in the ACC Tournament against NC State with a season-high 11 strikeouts. In the regional against No. 4 Georgia, he pitched a career-high 8.0 innings in the Noles’ 12-3 win.

As the Seminole ace in 2020, Van Eyk was 1-1 with a 1.31 ERA with 25 strikeouts over 20.2 innings pitched before the season was canceled due to COVID-19 on March 11. He earned the win against FAU with a season-high eight strikeouts and allowed just 11 hits on the season. He was a semifinalist for the AAU Sullivan Award, given to the nation’s top amateur athlete.

Drohan, from West Palm Beach, finished 2020 with 27 strikeouts in 17.2 innings pitched and a 4.08 ERA. He struck out a career-high nine batters against No. 3 Texas Tech. In 26 career appearances as a Seminole, Drohan struck out 99 batters in 73.2 innings.

Drohan was drafted in the 23rd round by the Philadelphia Phillies out of high school in the 2017 draft.