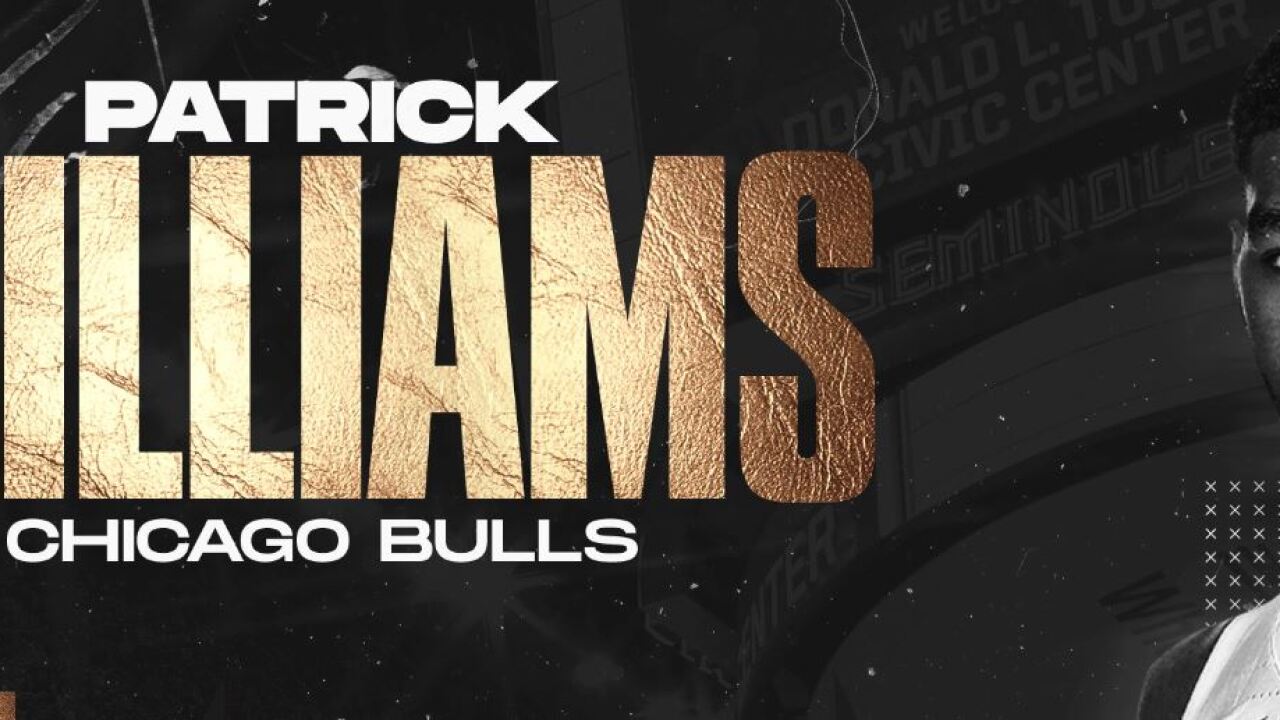 TALLAHASSEE, Fla. (WTXL) — Florida State has had three lottery picks since the start of the NBA Draft Lottery, George McCloud in 1989, Al Thornton, in 2007, and most recently, Jonathan Isaac in 2017.

Before any other player from the ACC was even picked, Florida State had two players drafted. Patrick Williams fourth overall to Chicago, and Devin Vassell to San Antonio with the 11th pick.

Williams also tied history for Florida State Wednesday night. The forward was drafted fourth overall to Chicago, the highest draft pick for the Seminoles since 1970 when Dave Cowens was drafted.

Williams is the third one and done player at Florida State. Williams never started a game last year, and despite playing just 22 minutes a game, however, he was the Noles' fourth-leading scorer.

“I’m excited to be a Chicago Bull,” Williams told seminoles.com. “They were one of the first teams I worked out for. Becoming a draft pick means that I have an opportunity; an opportunity that I have to make the most of.”

Vassell averaged a career-high 12.7 points per game and led the Seminoles in scoring in his second season in Tallahassee.

“I am so blessed to be an NBA Draft pick of the San Antonio Spurs,” said Vassell to seminoles.com. “I worked out for San Antonio about two weeks ago. I really enjoyed their staff and feel like I had a great meetings with them. I am really looking forward to getting down to San Antonio and meeting my new teammates.”

The duo is the first pair to go in the first round since Douglas Edwards and Sam Cassell in 1993.