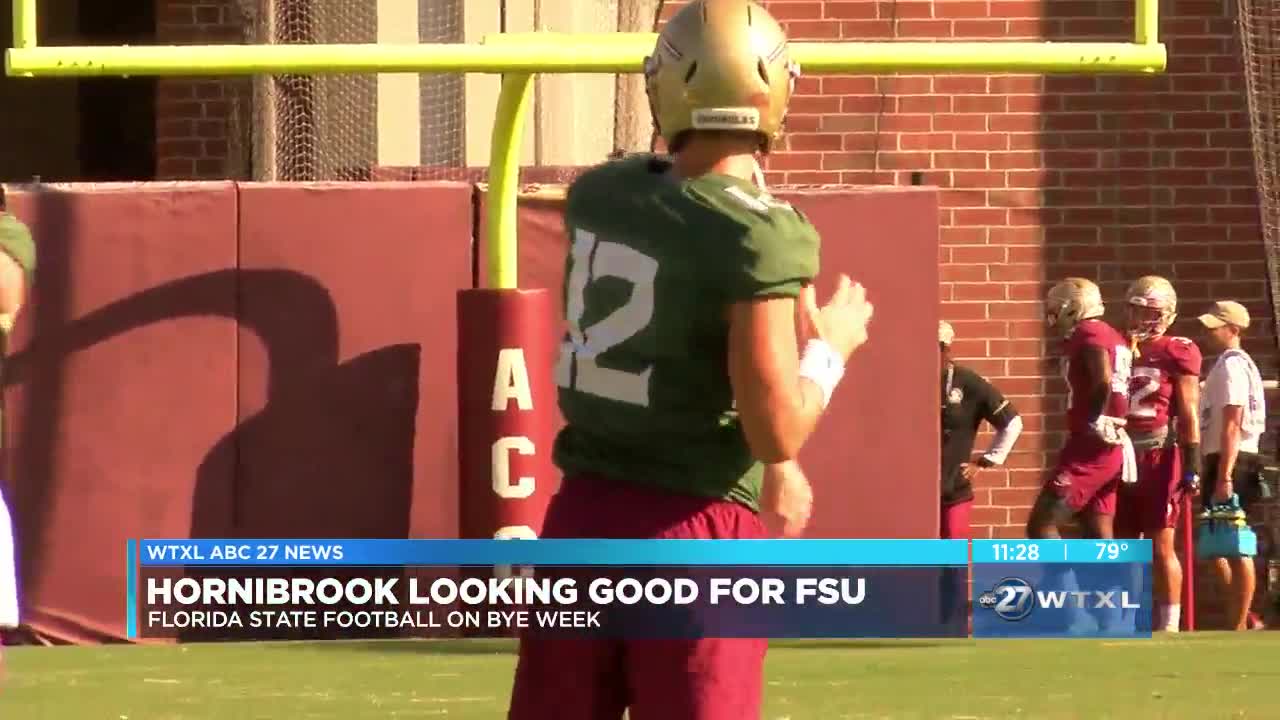 TALLAHASSEE, Fl. (WTXL) — After watching the game film from Saturday's win over NC State, Florida State head football coach, Willie Taggart, said he was proud and pleased with his team's effort. However, there are still things that need to be corrected during the bye week, which comes before a tough ACC matchup with #2 Clemson.

Taggart told the media Monday morning that his team cannot make the same mistakes they made against North Carolina State when they face the Clemson Tigers.

Taggart along with star running back, Cam Akers, said Alex Hornibrook, the Wisconsin transfer, did a great job at the quarterback position on Saturday. Hornibrook stepped in during the Louisville game when James Blackman, who was named the starting quarterback at the beginning of the season, went down with an injury to his knee.

When Blackman went down against Louisville, Hornibrook stepped in. Blackman was never put back into that game and did not play in the NC State game either.

For Hornibrook, many people, including Coach Taggart and Akers, can agree he's done a great job leading the Seminoles. Coach Taggart said, "That's one thing I've been excited about, our offense, we haven't been turning the football over and that's so important. We've been doing a good job of playing real football and Alex has been doing a good job of leading our team down and scoring some touchdowns."

Taggart explained Saturday after the win against NC State that Blackman tweaked his knee in practice the day before. He felt that his starter should take off for the NC State game.

On Monday morning, Blackman did participate in quarterback drills and appeared to be comfortable.