Softball Falls On The Road At Florida 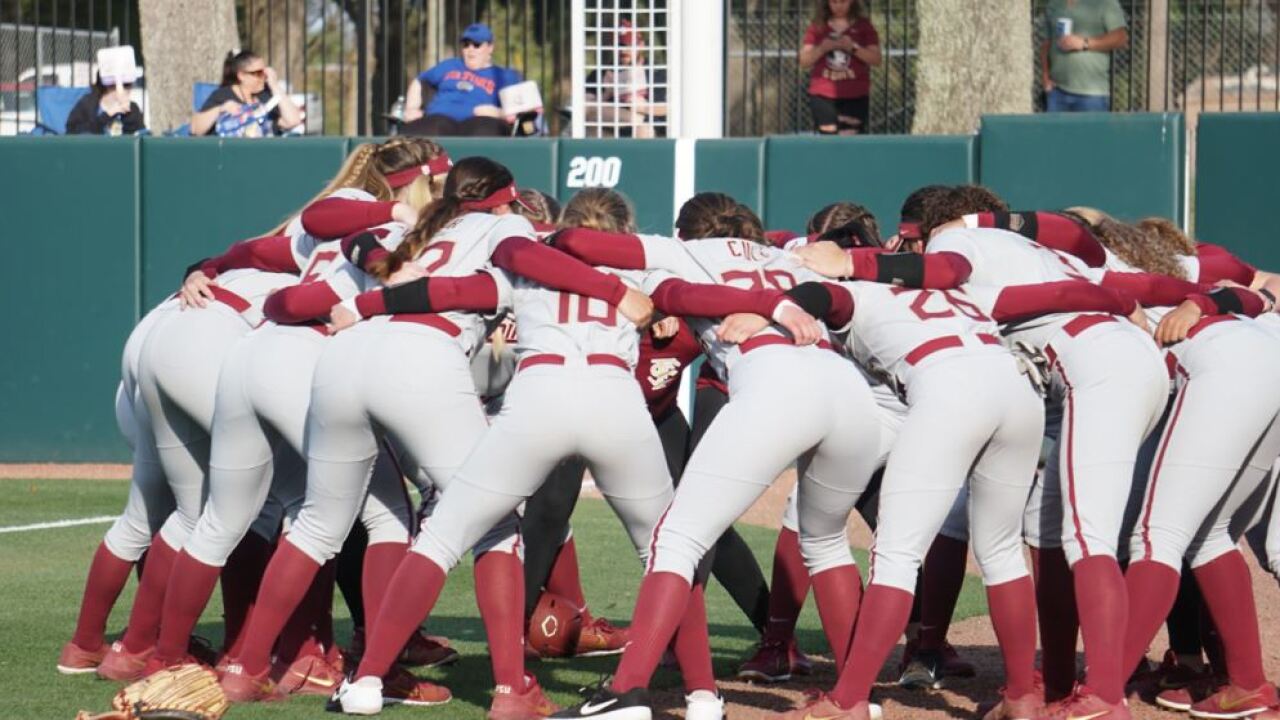 GAINESVILLE, Fla. — In a back and forth battle between two of the Top 10 teams in the country, No. 10 Florida State (17-7) came up short on Wednesday night as No. 7 Florida (23-4) earned a 5-2 win over the Seminoles in the first game of the annual Sunshine Showdown against the Gators. Florida scored the first four of their runs with a pair of two-run home runs, both with two outs, by Charla Echols and Kendyl Lindaman.

“Tonight was everything we had expected it to be,” said FSU head coach Lonni Alameda. “A very competitive game and we were able to get a lot of our newcomers in a numerous postseason-like situations. I thought Caylan pitched well tonight and Florida did a good job of taking advantage of their opportunities. It will be fun to see how both teams have grown and changed when we meet again in Tallahassee in several weeks.”

Florida State took a 1-0 lead in the top of the first inning on a solo home run by Elizabeth Mason, her fourth of the season. It was the first HR allowed in 2020 by Florida starting pitcher Rylee Trlicek, who entered the game with 48.2 innings pitched.

The Gators threatened in the bottom of the first, getting runners to second and third with one out after a pair of walks and a passed ball. Caylan Arnold left them both stranded after a strikeout and a groundout to third base to end the inning.

Florida took the lead in the bottom of the third inning on a two-out, two-run home run by Echols, scoring Lindaman, who reached earlier in the inning on a single.

Morgan Noah opened the FSU fifth inning with a double to left field and quality situational hitting, along with aggressive baserunning, allowed the Noles to tie the game. Freshman Kaley Mudge put down a sacrifice bunt to move Noah to third with one out, while a high chopper to the right side of the circle by Leslie Farris scored Noah as the sophomore got in under the tag at the plate, squaring the game at 2-2.

After a two-out double in the bottom of the fifth inning by Hannah Adams, Kathryn Sandercock entered to pitch for Arnold. The Gators went back in front as the next batter, Lindaman, hit a two-run home run to right field.

Florida added an unearned run in the bottom of the sixth inning as the leadoff batter reached on a Seminole error and scored on an RBI single to left. Brianna Enter came in to relieve Sandercock and retired both batters she faced to end the inning.

The Seminoles will begin ACC play this weekend with a three-game series at RV Duke (23-4) on March 13-15. All three games will be broadcast on ACC Network Extra, and links for the stream and live stats will be available on the softball schedule page on Seminoles.com.