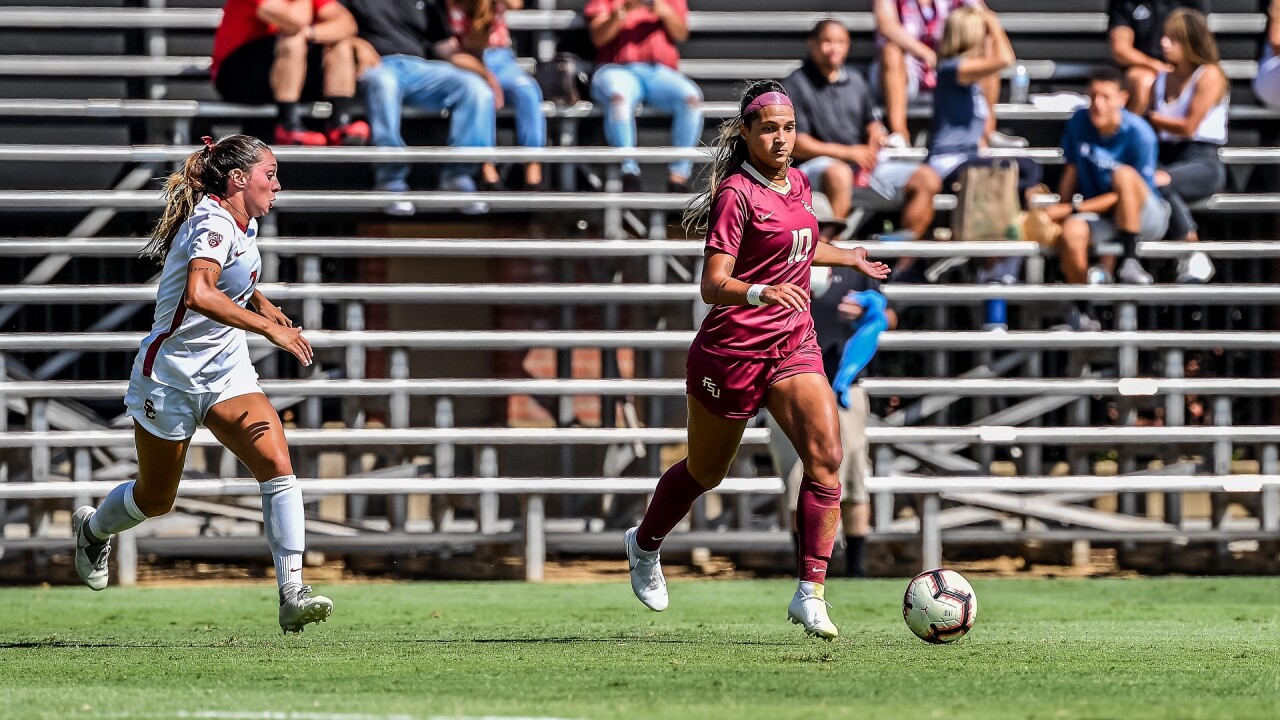 “I thought that our effort was outstanding today,” said head coach Mark Krikorian. “We combined some really good soccer at times with a really good mentality. We came out and competed hard against a really good team that is very competitive and it was a hard-fought win.”

The Noles were led offensively by Deyna Castellanos and Yujie Zhao, both recording a goal and assist of their own. Castellanos’ stellar offensive performance recording one goal and one assist moves her into third all-time at FSU with 103 points.

The Noles got off their first shot of the game in the second minute on a Jenna Nighswonger shot that was blocked. Their next shot was their first goal. It came in the 11th minute from Yujie Zhao, her fourth of the season. Malia Berkely and Deyna Castellanos recorded the assists.

Six minutes later the Garnet and Gold made it 2-0 on Castellanos team-leading sixth goal of the season on assists from Zhao and Abbey Newton.

Clemson finally got some offense put together at the end of the half with two corners and three shots resulting in their first goal of the game in the 44th minute. The goal scored by Maliah Morris was unassisted and came off a scramble after a corner kick.

Clemson made a run in the 83rd minutes that was broken up by Gabby Carle leading to two straight Clemson corners. Those corners were cleared by the Noles.

The Noles held off the Tigers for the remaining of the second half leading to their third ranked win of the season and first over a top-10 season.