Soccer Takes Down No. 5 Duke With a Last Second Goal by Howell 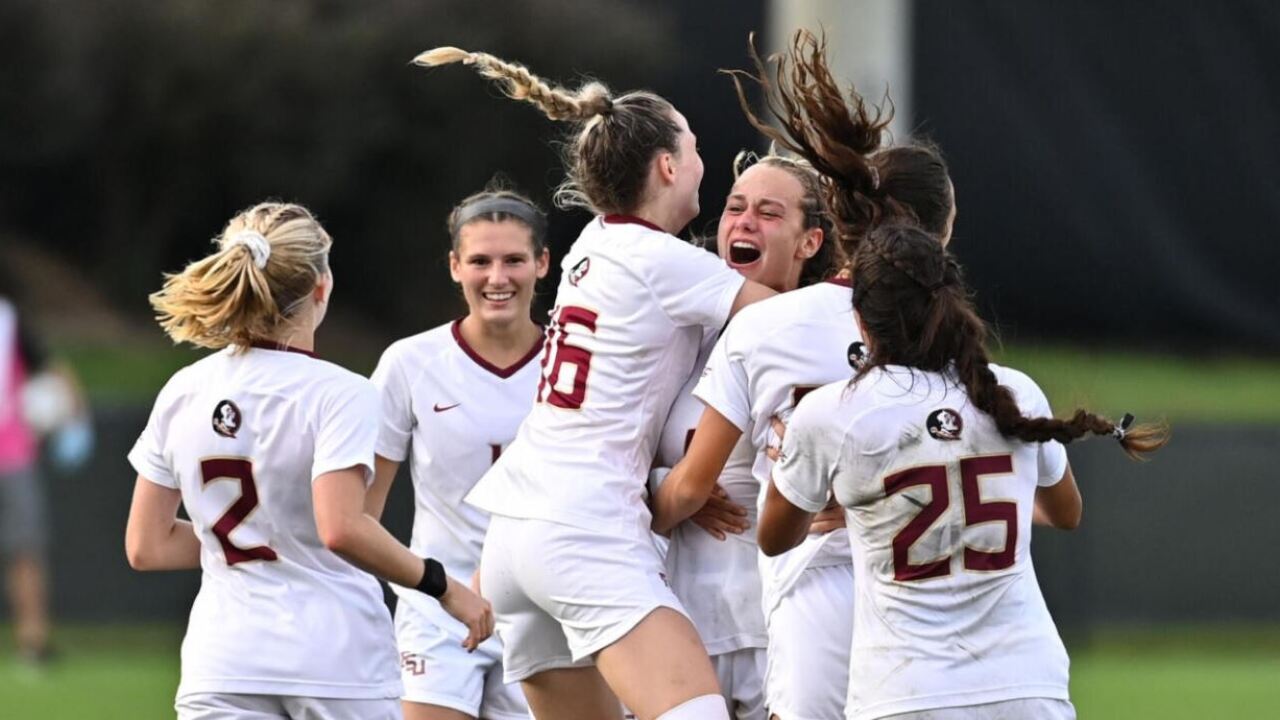 “I thought our team was resilient,” said head coach Mark Krikorian. “Duke came out and challenged us in all kinds of different ways. They created some good chances at our goal and they limited our chances at their goal. Fortunately, in the end, we had enough to get a goal to end the game. We are happy to win again with a shutout against a very good team.”

The win over Duke ties the Seminoles second-longest winning streak to start a season with seven straight wins. With today’s win, Florida State is now on its second-longest ACC win streak (11) dating back to last season. It is also Florida State’s fifth shutout through seven games.

The game was tightly contested on both ends of the ball as it went scoreless until the 90th minute when junior Jaelin Howell scored her second goal of the season on a Yujie Zhao corner kick with 12 seconds left.

“I know our team is super resilient and we stay calm under pressure and that is what we have done all season,” said Howell. “I know I believed in the team and the team believed in each other. Ultimately I was on the end of the ball but that was a whole team effort to grind out the win.”

“It was a good serve in by Yujie and Emily competed for the ball,” said Krikorian. “The ball bounced around and Jaelin got a touch on it and she got a good turn and finish. In those scrums, anything can happen and they could have easily cleared it. Fortunately, we had the right kid in the right spot to finish the chance.”

Duke controlled the possession in the first half of the game as they had the ball for 54 percent of the opening half. That did not lead to anything for the Blue Devils as Florida State led in the shots category 7-3. Duke did get two shots on goal but the Seminoles’ freshman goalkeeper Cristina Roque was able to come away with saves on both. Roque finished the game with a career-high three saves.

The second half was controlled by FSU as they finished with 55 percent of the possession and outshot Duke 12-1. Florida State came out firing in the second half with six shots in the first 15 minutes, with two of them on frame. Duke’s keeper, Ruthie Jones did an impressive job of coming away with four saves on four good Florida State looks.

Florida State finished with 19 shots but only the last one mattered as Howell found the back of the net with 12 seconds on the clock.

Offensive ExplosionWith 23 goals in the first seven ACC games, Florida State broke their previous record of 19 goals scored in the team’s first seven conference games. Those 23 goals have been scored by nine different players, with Howell, Brown, Madril and Robbins all scoring two goals each and Zhao and Nighswonger both scoring three. Nesbeth leads the team in goals scored with four.

Nine of FSU’s 23 goals have been scored from players coming off of the bench. Florida State has scored at least four goals in five of the first seven games this season.

Florida State finishes off their regular season at home on Sunday, November 1 against No. 3 Clemson at 3 pm. The match will also be senior day for Malia Berkely, Gabby Carle and Kristen McFarland.