Soccer Pulls Out A 3-2 Win Over No. 24 Colorado in Overtime 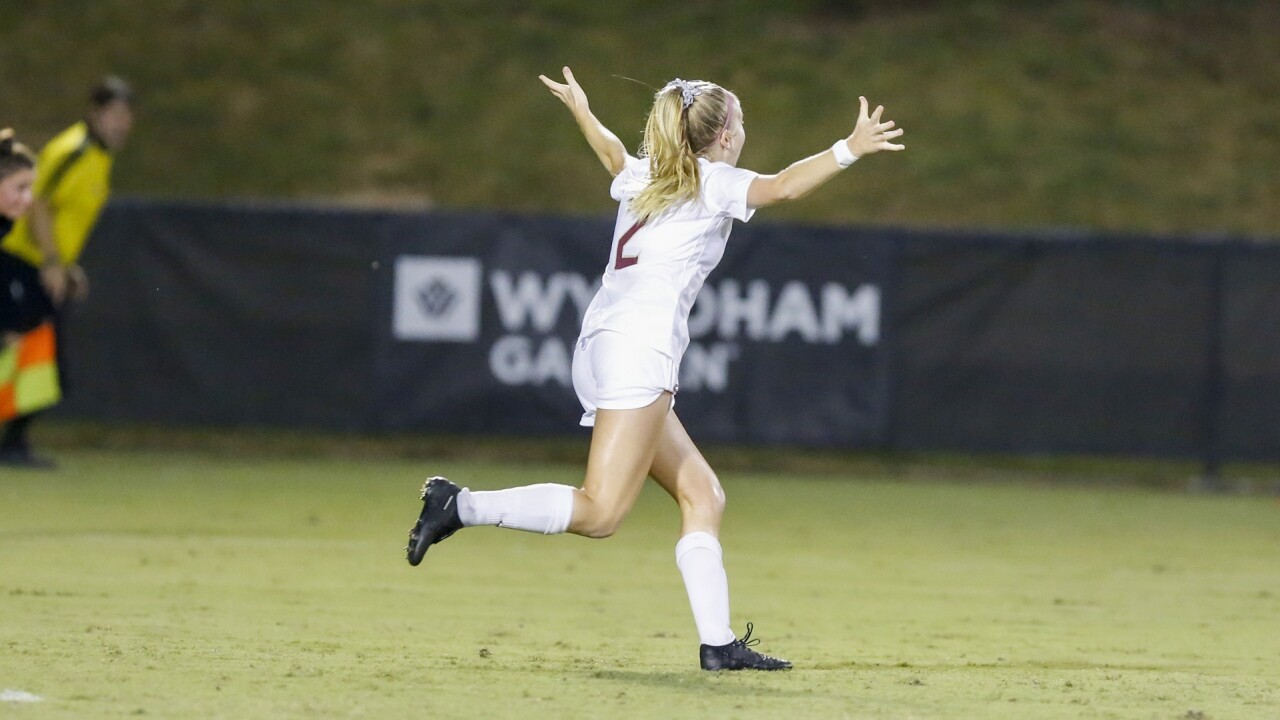 TALLAHASSEE, Fla. – In a very physical game that saw over 20 fouls, eight yellow cards and a red card the Seminole came away victorious, 3-2, with their second ranked win of the season over No. 24 Colorado (6-1-0).

Freshman Jenna Nighswonger came away with two goals to lift the Noles to their fifth victory of the season.

“We know that Jenna is a special talent,” head coach Mark Krikorian said. “All through the recruiting process, the thing that we really liked about her was that what you saw tonight is what we saw in the recruiting process. When the game is on the line, she’s the one that’s going to change the game. She stepped forward today in a big moment and buried the very good finish at the end.”

The Seminoles (5-2-0) then fell behind midway through the second half after Taylor Kornieck’s first of two goals. Stephanie Zuniga fired in a corner kick in from the right side and Kornieck won the battle in the air heading it into the top of the net.

Just three minutes later Kristen McFarland got fouled in the box resulting in a Deyna Castellanos penalty kick. Castellanos converted for her fourth goal of the season to tie the match at one.

Coming out of the second half the Seminoles got their first lead of the game in the 60th minute, once again on a penalty kick. This time Gloriana Villalobos got fouled inside the box. Nighswonger got the chance on the penalty kick this time converting on her second goal of the season.

A Heather Payne foul in the 65th minute resulted in another penalty kick, this one for Colorado and Taylor Kornieck. She got her second goal of the game to tie it up at two.

The Buffaloes got their sixth yellow card of the game in the 70th minute. Castellanos followed that up with a shot in the 71st minutes and then a Colorado shot in the 76th minute.

Florida State got off five more of their 27 shots but could not convert as they went into their third overtime game of the season.

In overtime, the Seminoles came out firing with three shots in the first six minutes. In the 100th minute, the game was still tied as Gabby Carle made a run into the box and dropped it off to Nighswonger for her third goal of the season and first game-winner with 12 seconds left on the clock in the first overtime.

Florida State travels up north this weekend to take on Villanova on Sunday, September 15th at 1 pm for their final nonconference game.