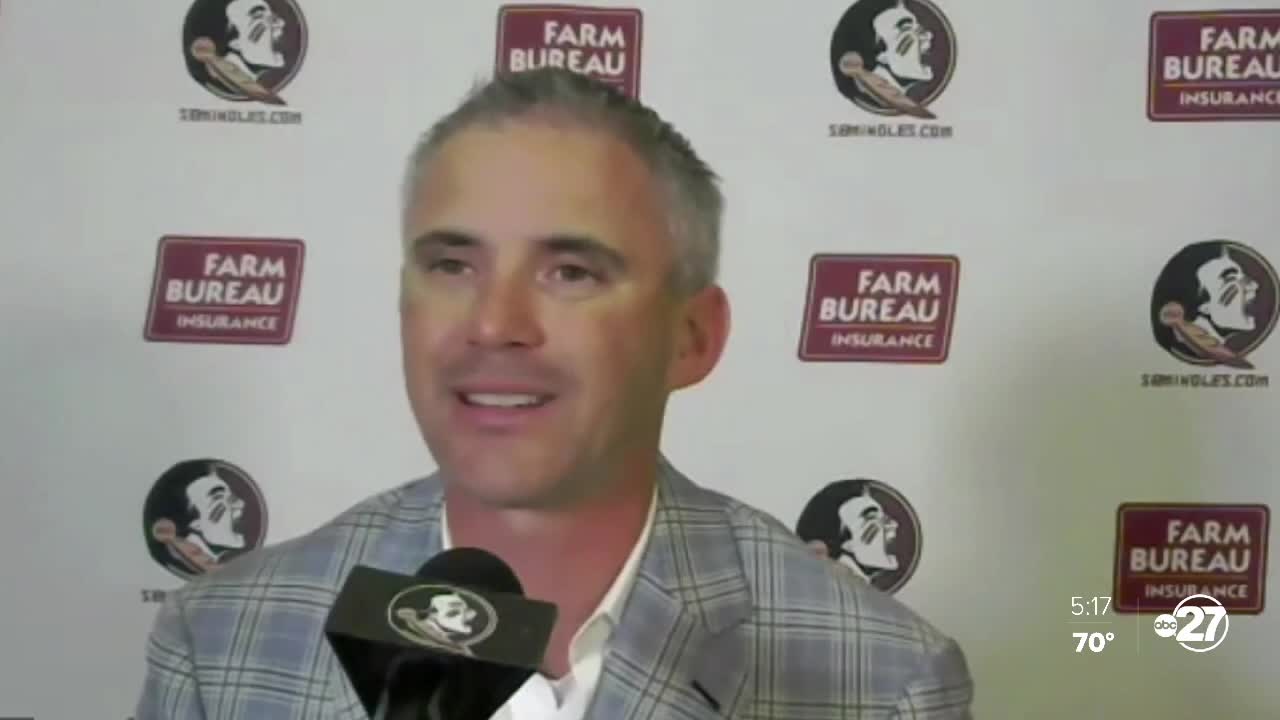 TALLAHASSEE, Fla. (WTXL) — A big week is ahead for Florida State football as they return home for a matchup with Clemson.

Following another tough loss on the road to NC State on Saturday, the next few games won't be getting any easier for Florida State. It all starts with this Saturday's game against fourth-ranked Clemson.

The big storyline will be Tigers' quarterback and sure-fire number one overall NFL draft pick, Trevor Lawrence, returning to the lineup.

Lawrence is just one of the many dynamic playmakers Florida State will go up against on both sides of the ball come Saturday.

Clemson, the national runner-ups, breezed by the Seminoles in a 45-14 blowout win last season.

Head coach Mike Norvell is adamant about the fact that this Florida State team doesn't need to be reminded what they're up against this weekend.

"They know the football team that is coming in here," said Norvell. "It's an exceptional team in all aspects, and for us, we have to go out there and play our best game. But that would be the focus regardless of who we're playing. We're at a point with where we are in our program. We just have to improve. We have to go out there as a coaching staff and put our guys in a position to win the game."

Kickoff is Saturday at noon at Doak Campbell Stadium.