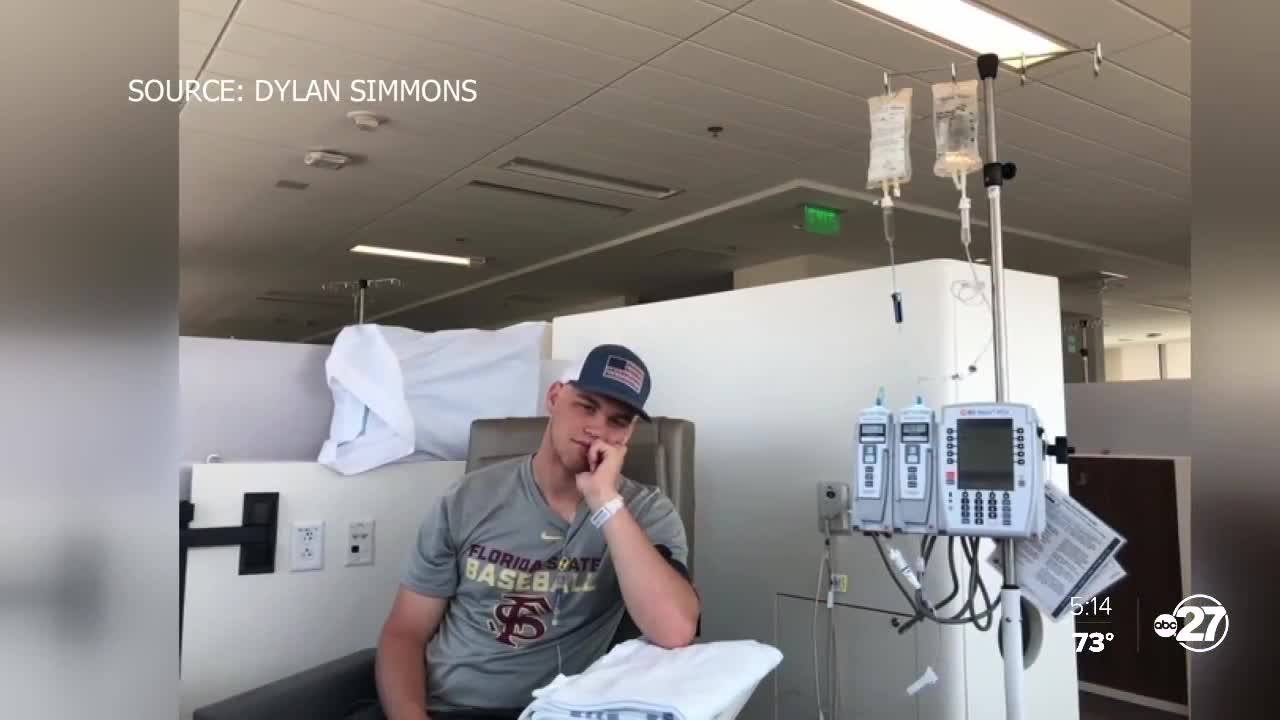 Dylan Simmons dreamed of playing baseball at FSU, but was diagnosed with cancer only months before the start of his freshman year.

TALLAHASSEE, Fla. (WTXL) — Dylan Simmons dreamed of playing baseball at FSU, but was diagnosed with cancer only months before the start of his freshman year.

"I've dreamed about it since I was in the ninth grade,” said Simmons. “Even younger than that almost."

It's a dream that almost didn't happen.

"I was still in bed or whatever and he [the doctor] called me and said hey, I hate to break it to you, but you have to come back to the hospital right now. We have to start running tests."

In May of his senior year of high school, Simmons was diagnosed with Stage 1 lymphoma. He had cancer.

“He couldn't really get it out,” Martin said. “He was very emotional, but he said over and over, my son's different."

Simmons said he told himself he had to get through the treatment so his dream wouldn’t die.

“It was like, I have to get this done so I can get back on the field," Simmons explained.

And get through it he did. It took three months of chemo and one month of radiation.

By mid-October, Simmons had beaten cancer, and was ready to get back to baseball.

"His dad would tell me that he pushed through and after treatments he'd go and workout,” said Martin. “He'd do whatever he could. He was never hungry, but he forced himself to eat. He showed up in January and the first pitch out of his hand was 94 miles per hour."

“This could have been so much worse,” Simmons said. “Just being able to be out here and being able to play out here with the guys, it's nothing I'll ever take for granted. It's almost like a second chance almost."

A second chance that has given the freshman baseball player a new lease on life.

"Baseball's great, but it's just a tool,” said Simmons. “You can use baseball to reach out to others. You can use it to influence others and that's really what it's about."

"That is exactly what we want,” Martin said. “The Seminole way. Pushing through and persevering, even when things aren't going your way. This is how you do it. He definitely is that poster child."

Simmons has some advice, too.

"Nothing can really stop you if you want to achieve your goals and achieve your dreams. If you really want to do something, you'll find a way."

A way to the Garnet and Gold, and living a dream.