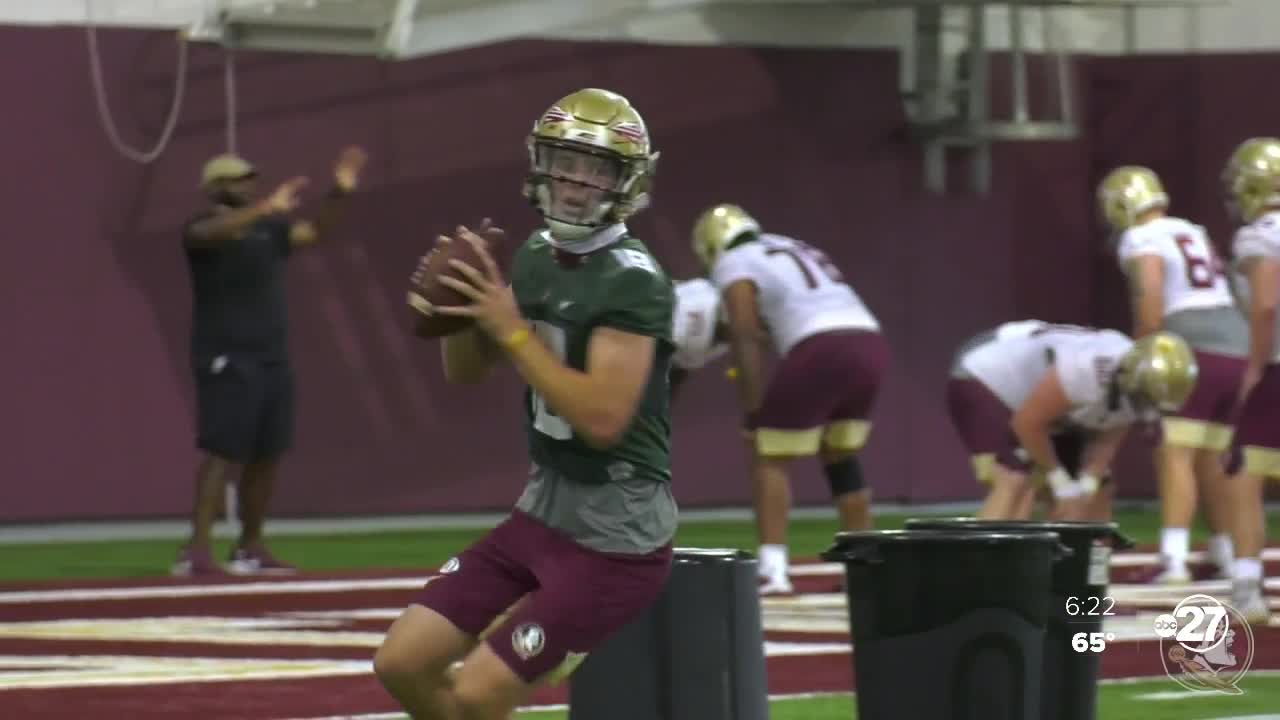 The Florida State football team is looking for their first win of the season Saturday when they host Jacksonville State.

TALLAHASSEE, Fla. (WTXL) — The Florida State football team is looking for their first win of the season Saturday when they host Jacksonville State.

According to the depth chart released Monday, James Blackman maintains his starting role at quarterback, but head coach Mike Norvell said Tuesday not to read too much into a depth chart at any position. The competition continues throughout the week.

Valdosta product Tate Rodemaker did play Saturday night against Miami. Norvell said he's been impressed with the freshman and the way he's been working.

"There's times he makes freshman mistakes he has to grow and learn and develop from," said Norvell. "His approach to things is something that I've been really proud of. Even when he makes a mistake, the response and taking the coaching and going to the next play, that's something that he is showing a little of that maturity."

"I was a little nervous," said Tate Rodemaker, a freshman quarterback at FSU. "Once I got on the field, just like when I was in high school, I'd think of it as practice. Just team reps in practice. Different color jerseys on the other side so, that always helps me calm down, there's fans but I try to block them out so it was a good little experience."

Florida State's match-up with Jacksonville State is set for a 4 p.m. kick on Saturday.

Norvell is also back at practice after being out with COVID-19.