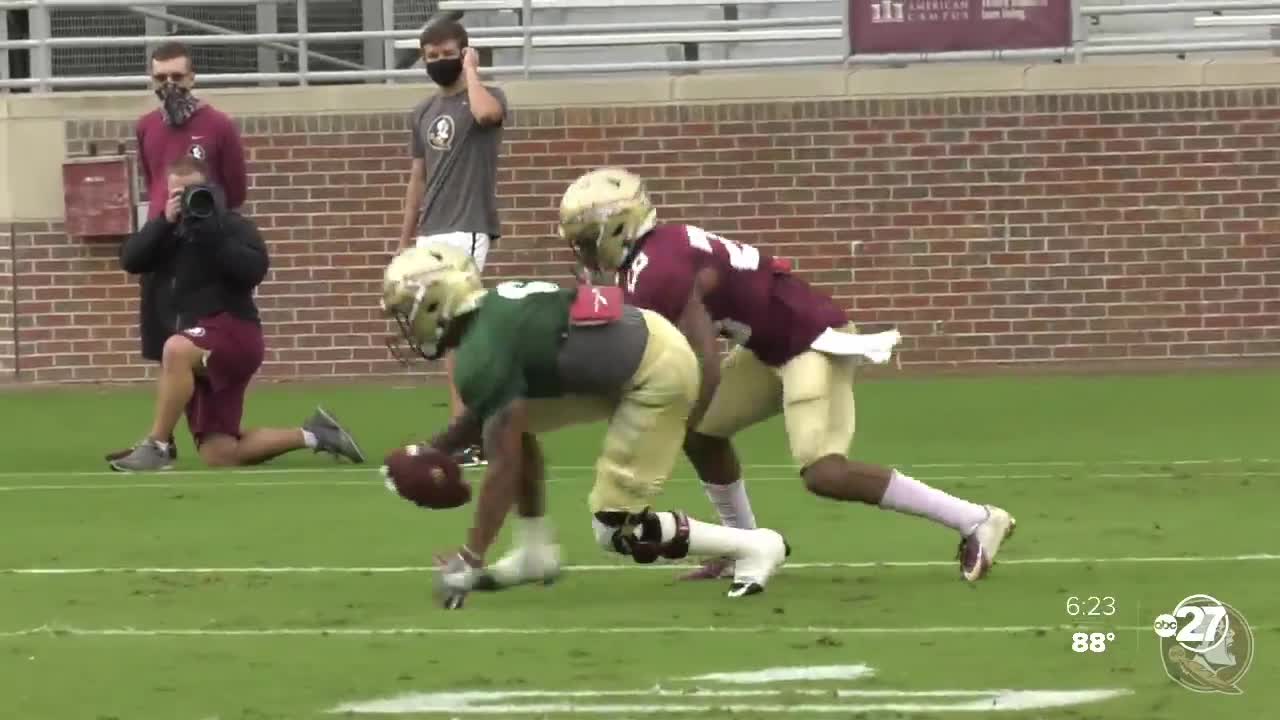 Florida State head football coach Mike Norvell was pretty vocal about the Seminoles' offensive struggles during their scrimmage on Saturday. On Monday he spoke of the offense again, saying consistency is what they're looking for.

On Monday, he spoke of the offense again, saying consistency is what they're looking for.

It's an issue that's plagued this football team the past couple of years: Lack of production from the offensive line and negative plays.

Norvell said there were some bright spots. The quarterbacks made some good decisions, but there are things that need work.

"There's a lot of plays where a step here, a move there, and making sure we're all operating and executing at the same mindset and approach," said Norvell. "It came down to some detail things. That's an area we have to grow from. If you have negative plays, if you don't put yourself down with penalties it's hard to be a consistent offense. That's something we're working on to improve."

Norvell said they will focus on themselves for the next couple of days before turning their attention to their season opener against Georgia Tech.