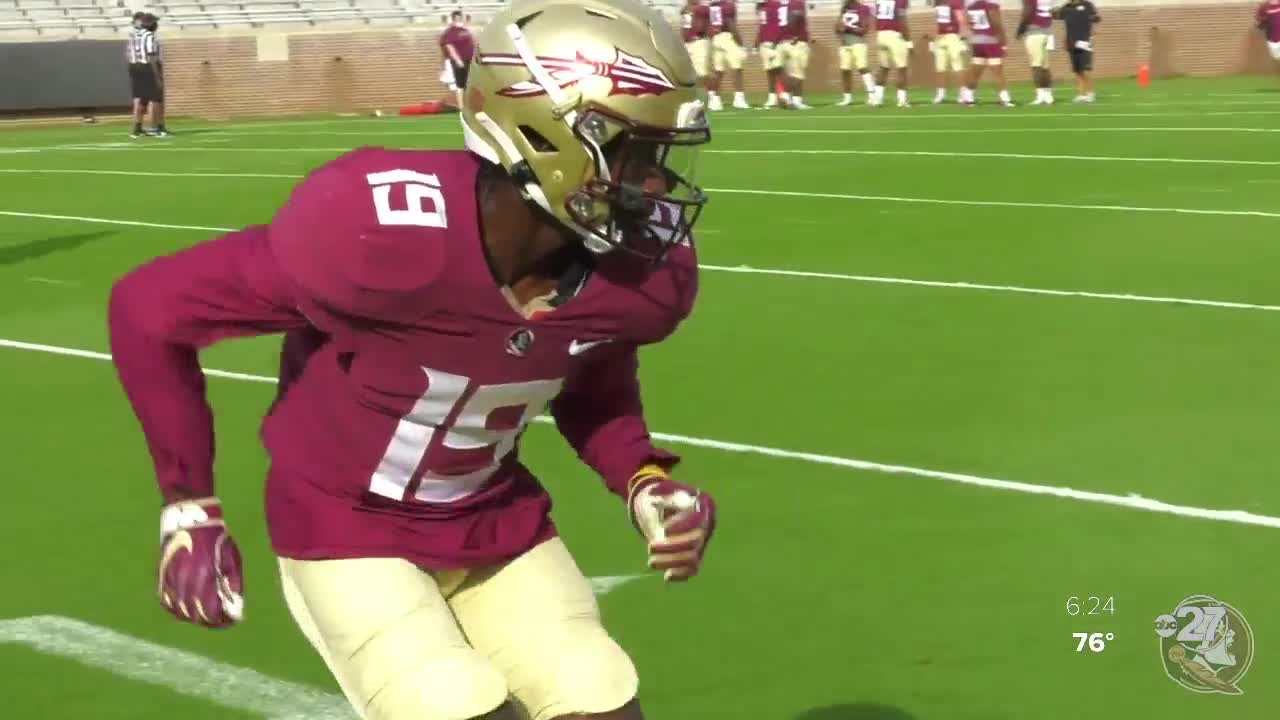 The Florida State football team has rounded out their schedule, filling the date left open by Samford with Jacksonville State. The Noles will face the Gamecocks on October 3.

TALLAHASSEE, Fla. (WTXL) — The Florida State football team has rounded out their schedule, filling the date left open by Samford with Jacksonville State.

The Noles will face the Gamecocks on October 3.

In a little over three weeks, FSU will be playing football inside Doak Campbell Stadium. As camp continues, head coach Mike Norvell said he likes to do things off the field for the team.

There was some competitive group-setting work, a team dinner, and smaller position groups. Norvell said it was a chance for guys to tell their stories, to bond with one another, and grow closer.

"Just getting a better sense of what somebody has gone through and have a little bit better sense of their background so that when you're lined up side by side with them and all pushing towards a common goal, there's something more than just a jersey number or even a name, you know a person-to-person," said Norvell. "You have a sense of what they're looking to accomplish and what they've been through. Knowing you have each other's back I think is critical."

Norvell also said he was happy with practice Thursday morning. He had been critical of the Seminoles energy and work ethic earlier this week.

Florida State opens the season on September 12 at home against Georgia Tech.

Only Boosters and season ticket holders are allowed into games this year. There are no single-game tickets for sale.

All parking lots will open three hours before kickoff this season. Patrons will be limited to individual tailgates at their own spaces.

All attendees are asked to maintain the six-foot social distancing standard between individuals outside of family and friends, as well as between tailgate areas.

All patrons are encouraged to wear facemasks when traveling through parking lots as well as while socializing.