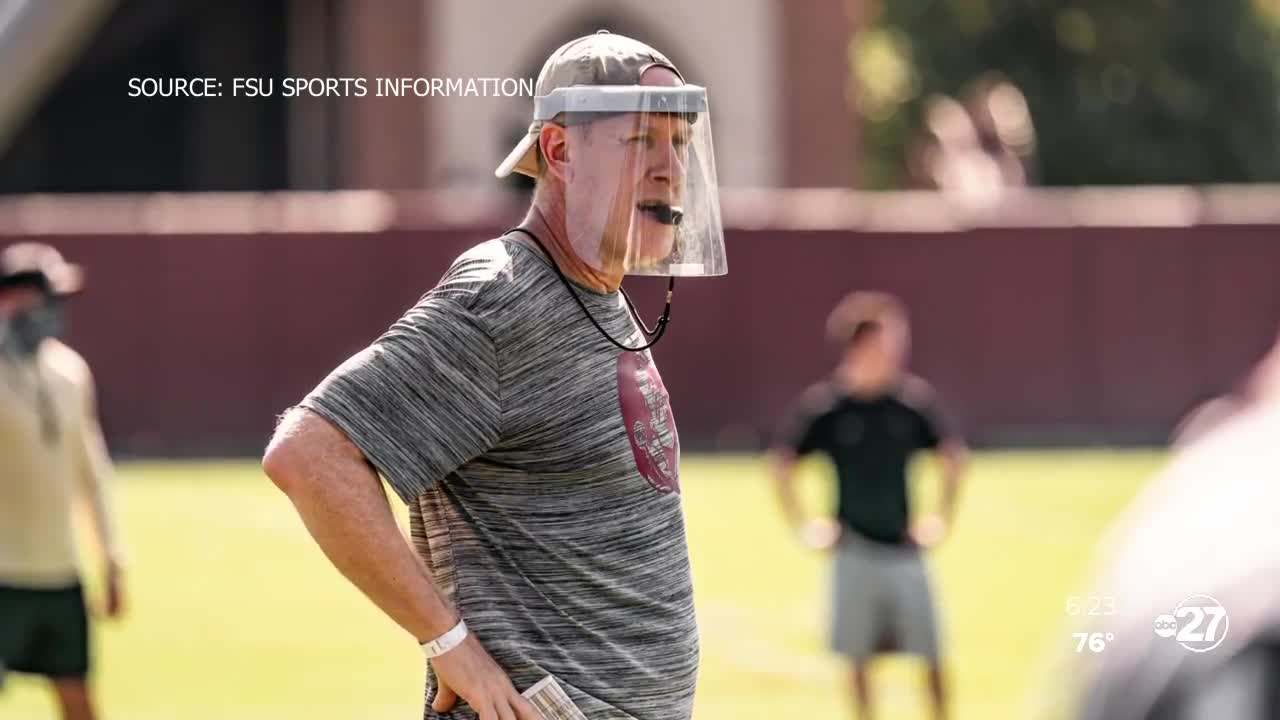 The Florida State football team faces rival Miami on the road this weekend and they'll do so without head coach Mike Norvell who is in quarantine after testing positive for COVID-19.

TALLAHASSEE, Fla. (WTXL) — Mike Norvell will not coach Saturday's game against Miami after testing positive for COVID-19, instead handing over the reins to deputy head coach Chris Thomsen, a situation everyone on this staff was ready for if and when it happened.

"The way 2020 goes, I think we've all learned to expect those types of things," said Thomsen.

"It surprised me for maybe one second when he called me Saturday morning and said, 'I probably won't be there at practice,'" Thomsen said.

Florida State has been preparing for the unexpected for months.

"We had a plan in place if anybody, any member of the staff, or organization if this was to occur kind of what that next step was going to be," said Norvell.

"The way our guys have responded is what's so encouraging to me," Thomsen said. "I'm really excited about the week and the things I think we can accomplish."

For now, it's business as usual. Deputy head coach Chris Thomsen will coach Saturday, and leading up to the big game Norvell will able to be a part of practice thanks to technology.

"Yesterday he ran the staff meeting and the team meeting virtually," said Thomsen. "His voice, his influence is still the key thing out in front. My job is to fill in the gaps where I need to."

"I have the ability to access different cameras as a practice is going on and it's something I was unsure how easily and 'functionable' to would operate," Norvell said. "It's pretty good. It's not ideal, but being able to make the most of it, that's one of the great things about technology."

It's technology the Seminoles are hoping gets them through this week.

"This game is one of the great games in all of college football," said Norvell. "It's one when I got the job, this game, Florida, those are games that each and every year mean so much to so many."

It means even more when you can walk away with a win.

Norvell said he is feeling fine and he's still not sure how he came into contact with the coronavirus.