Norvell: Decision not to play Duke was out of our hands 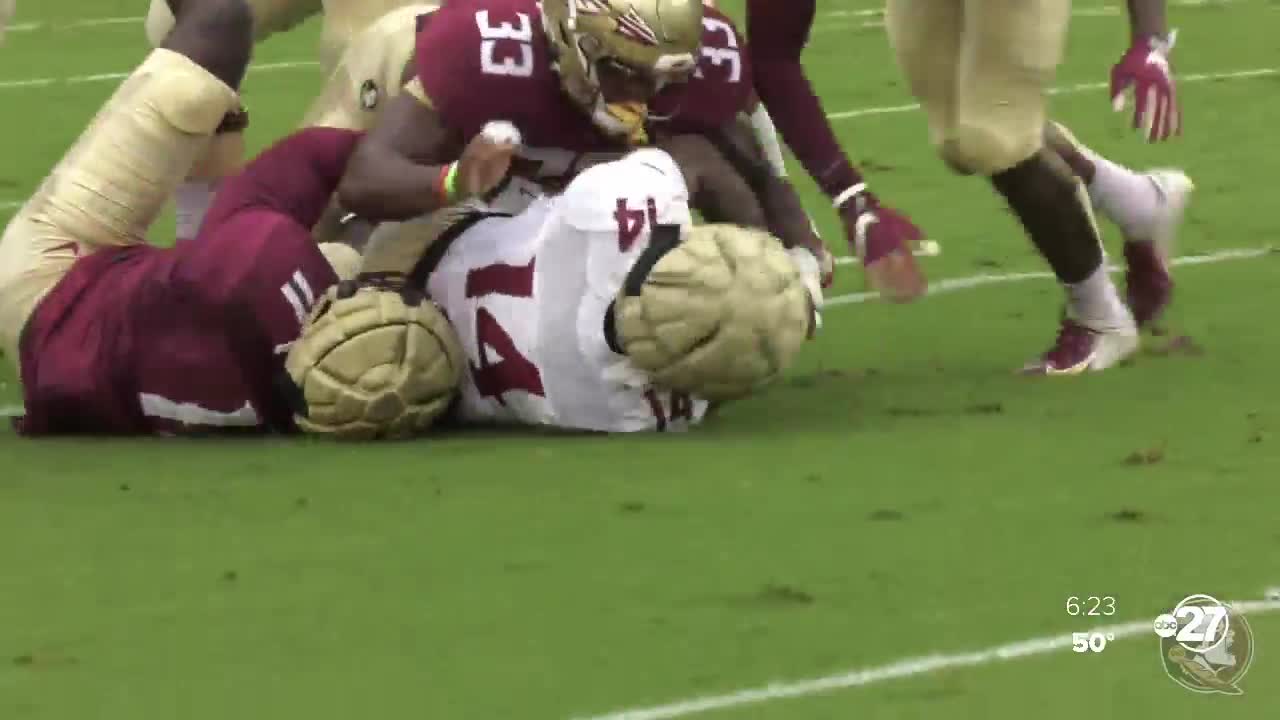 On Sunday night, the ACC released updated schedules for the weekend, notifying everyone that the Florida State football team was no longer scheduled to play their game against Duke on Saturday.

TALLAHASSEE — On Sunday night, the ACC released updated schedules for the weekend, notifying everyone that the Florida State football team was no longer scheduled to play their game against Duke on Saturday.

This comes after the Seminoles had to postpone two previous home games against Clemson and Virginia, making it three weeks in a row the Noles will be off the playing field.

According to ESPN, this decision was made due to COVID-19 contact tracing stemming from the postponed Virginia game.

That resulted in the ACC opting to adjust the Florida State-Duke game.

Seminoles head coach Mike Norvell said his team and staff were ready to play, but, ultimately, the decision was out of their hands.

“I mean, we came in Sunday with all intentions of being able to re-organize our roster," said Norvell. "We had all intentions to play Duke this week, and that was our focus. We had been in communication with the conference, been in communication with Duke that we were going to do all things necessary on our end, whether it meant position changes, we were willing to take that step to give our guys an opportunity to play. Unfortunately, that’s outside of our control. The conference elected to change some things up in the schedule.”