No. 11 Noles Fall to Georgia Tech 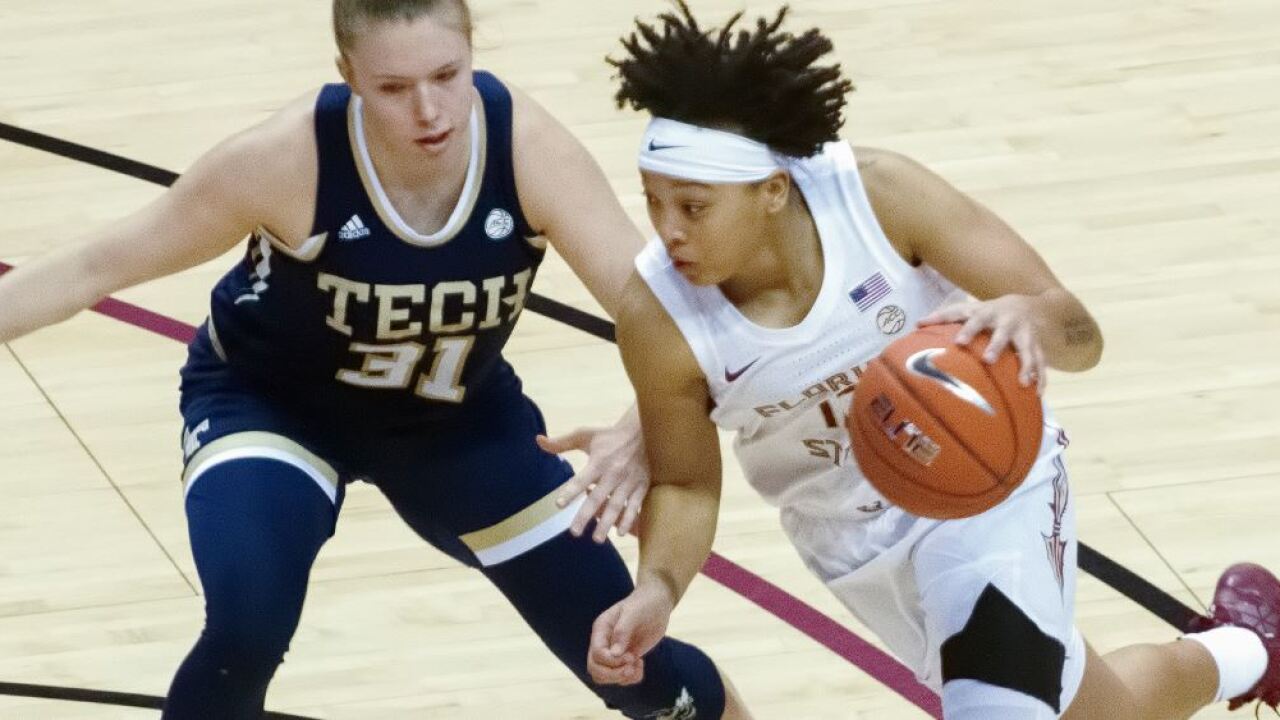 The loss snapped the Seminoles’ (14-2, 3-2) five-game winning streak over the Yellow Jackets (12-3, 3-1) in the series. Georgia Tech forced 21 Florida State turnovers and converted them into 20 points in what was the deciding category of the matchup.

“We got our butts kicked,” FSU head coach Sue Semrau said. “Georgia Tech is a great defensive team and we didn’t match it. A lot of times we’ve talked about the start and all of those things and unfortunately human nature is sometimes that you have to really get beat and they really beat us. Up at Syracuse I felt like we beat ourselves, but here Georgia Tech beat us. So, if we use this as fuel and a lesson then it will be worth it. If we don’t, then it’ll be a long season.”

Georgia Tech guard Jasmine Carson scored a game-high 21 points on 7-of-18 shooting from the floor. Florida State’s Nicki Ekhomu led the Seminoles with 16 points, going 6-of-10 from the floor.

Nausia Woolfolk became the 37th Seminole to record her 1,000th career point, accomplishing the feat on a pair of free throws in the first half. She joins Ekhomu as the active FSU players on the list, as Ekhomu reached the milestone on Nov. 17 against Samford.

“It just means a lot,” Woolfolk said on her milestone. “Just knowing my hard work paid off and that my teammates had my back, because without them it wouldn’t happen. Just knowing I came here, and I was dedicated, and I stayed in my lane and waited my time; that it paid off.”

Woolfolk finished with 13 points and seven rebounds along with three assists. Playing well off the bench for FSU was sophomore Kourtney Weber, who chipped in with 10 points on 4-of-5 shooting.

Florida State’s 21 turnovers tied its season high set last game against Miami. While Georgia Tech didn’t shoot lights out but respectably at 44.1 percent (26-of-59), it was aided by several Seminole miscues that were turned into easy buckets. Conversely, FSU forced only nine turnovers for just six points.

“It’s our second loss of the season so I don’t worry about it becoming a trend,” Semrau added. “The seniors are seasoned, and they will demand something tomorrow in practice. They know what the ACC’s like. We don’t have any juniors playing but for our sophomores and freshmen I think this is a wakeup call for them and we’ll see how they respond.”

The Yellow Jackets closed strong by out-scoring FSU 20-14 in the fourth quarter, shooting 63.6 percent (7-of-11) in the final period when FSU desperately tried to make a comeback. Igniting Georgia Tech was an off-balanced, long 3-pointer by Francesca Pan that beat the buzzer to end the third quarter, giving Georgia Tech a 47-38 lead.

Florida State returns home for a Sunday matchup against North Carolina at 2 p.m. on ACC Network Extra. The Tar Heels knocked off previously undefeated and ninth-ranked NC State on Thursday, 66-60, in Chapel Hill.