Mike Norvell's staff excited to be in Tallahassee 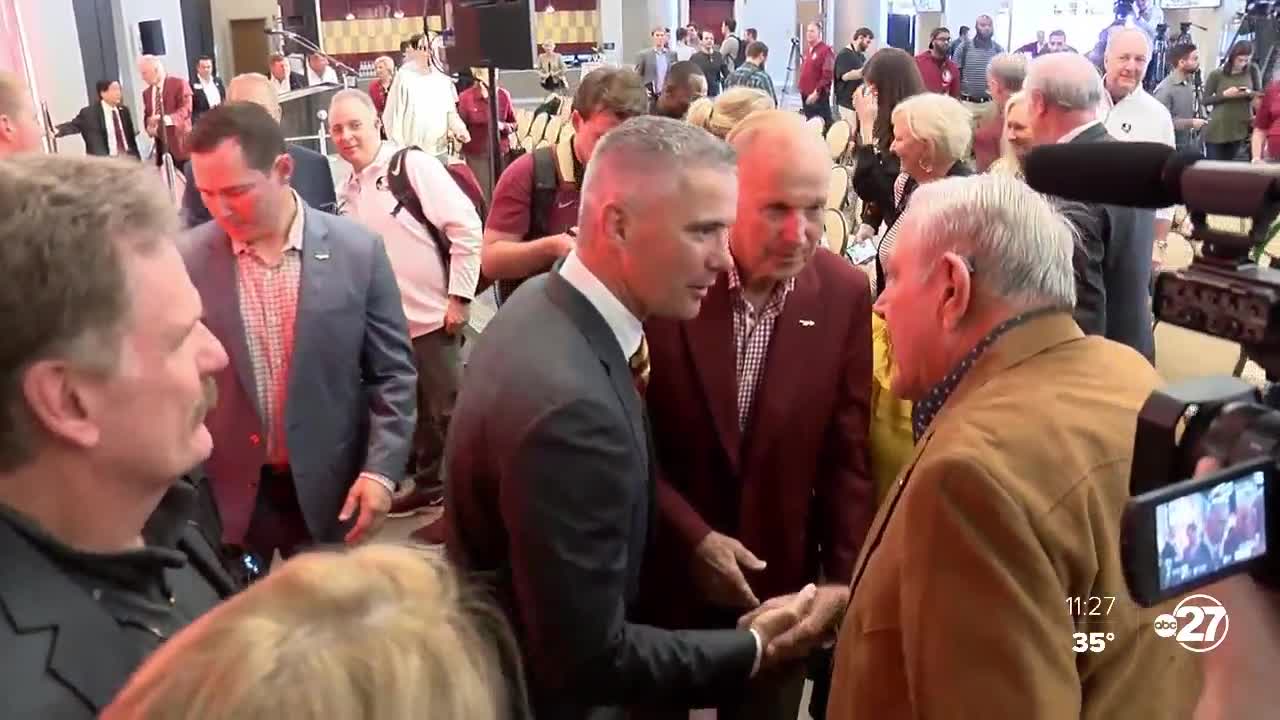 TALLAHASSEE, Fl. (WTXL) - Mike Norvell has been the head coach of the Florida State football program one month as of Wednesday, and his staff is nearly complete. What's remarkable about them, is the bond they share with Norvell.

Some were coordinators, and aren't anymore, while others have been with Norvell for many years. Others like his drive and were inspired to coach alongside him, while one member of this staff came from the NFL. A wide range of people, but all are excited about the future and the chance to return Florida State to the top.

"Coach Norvell has proven his passion for football," said offensive line coach Alex Atkins. "Anytime you get someone as passionate about football as he is, I just wanted to be a part of him and also we're at Florida State. we're in Tallahassee."

"Relationships are the number one thing with him," added Chris Thomsen, who will serve as Deputy Head Coach along with coaching tight ends. "Having coached at Central Arkansas when he was a player, having worked with him as a coach at Arizona State, the number one thing about him is that he has a passion and a care for young people."

"If you can develop them in every area of their life and the standard is excellence across the board, the you have a chance. The kids can be successful both on the field and off," said linebackers coach Chris Marve. "When I had the opportunity to come here and work here for Coach Norvell and for Coach Adam Fuller, it was a no brainer for me."