Mike Norvell plans to use bye week to focus on fundamentals 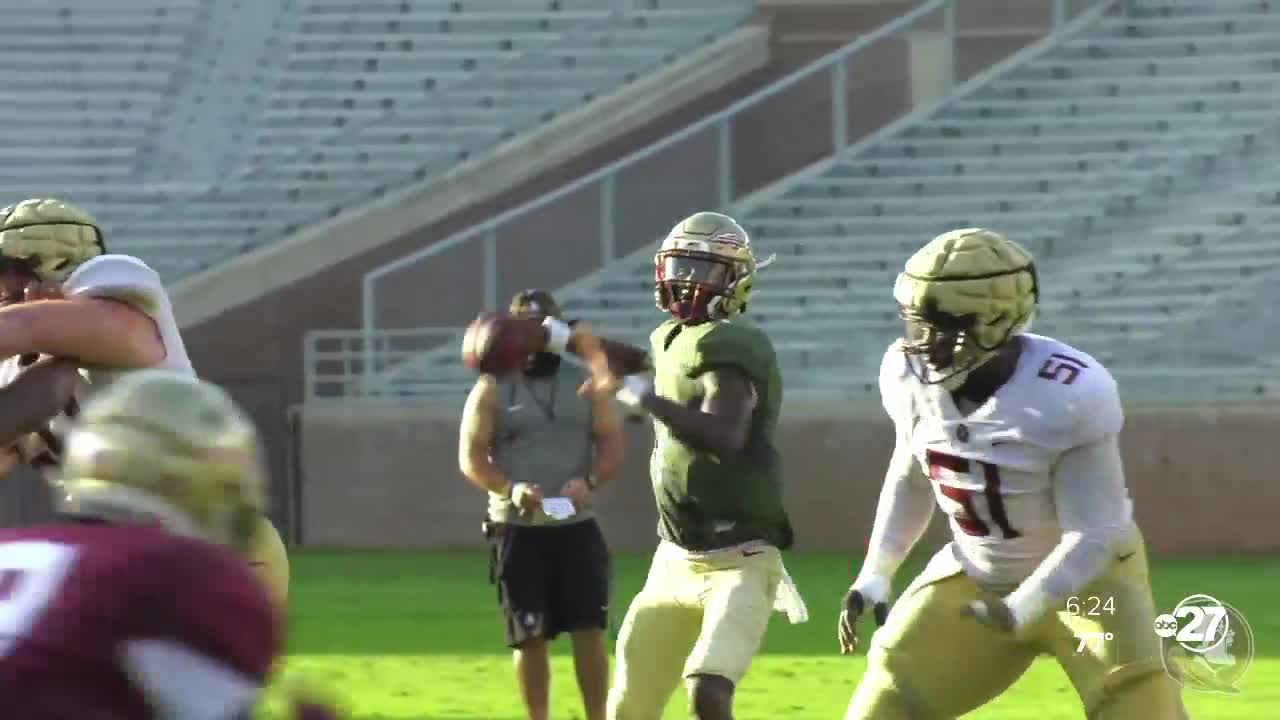 After opening the season with a loss the Florida State football team now has an extra week to fix their miscues as they don't play again until September 26.

TALLAHASSEE, Fla. (WTXL) — After opening the season with a loss, the Florida State football team now has an extra week to fix their miscues as they don't play again until Sept. 26.

Head coach Mike Norvell said they've worked a lot on cleaning up details, fundamentals, and working to execute on a higher level.

Not playing for two weeks has its benefits. It gives this team time to improve.

They have to wait a little longer to see those improvements but Norvell said either way this team has one game under the belt. They know what to work on and now they just have to move forward.

"I guess one of the big fears we talked about last week was in those critical moments, will we be able to maintain the focus and consistency throughout the course of the game to put ourselves in position to be successful," said Norvell. "We had some moments where we weren't able to do that, we left some plays out there on the field, missed some opportunities. All in all, it's now a great lesson to be learned for everybody. This is where we are, this is what we need to do."

Norvell confirmed that wide receiver DJ Matthews entered the transfer portal. Norvell said the move didn't come as a surprise and that he "fully supports him in that decision."