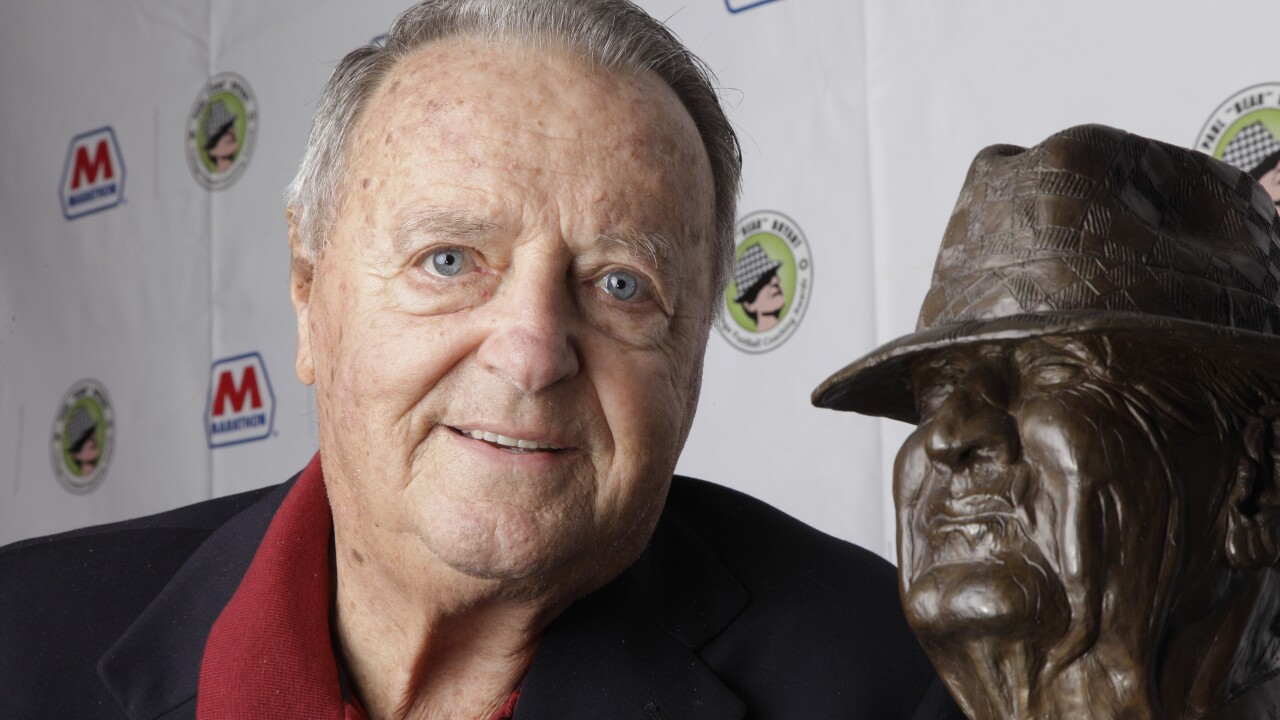 David J. Phillip/AP
FILE - In this Jan. 18, 2011, file photo, former college football coach Bobby Bowden poses with the Paul "Bear" Bryant College Coach of the Year Award in Houston. The Seminoles former coach will attend a game at FSU for the first time since retiring after the 2009 season. Bowden will plant the flaming spear at midfield as part of the pregame ceremonies Saturday against North Carolina State. (AP Photo/David J. Phillip, File)

Bowden family friend Kim Shiff said the 90-year-old college Hall of Famer was back home after a weeklong stay at Tallahassee Memorial HealthCare.

He was hospitalized Oct. 6, three days after testing positive for COVID-19. He had received word of the positive test a few days after returning to his Tallahassee home from a lengthy hospital stay for an infection in his leg.

Bobby Bowden is going home on Wednesday after being hospitalized last week.

His wife, Ann, confirmed to ABC 27 that Bowden got the word from his doctor that he can return home on Wednesday. He was hospitalized out of precautions on Oct. 6 after he reported feeling very tired following his COVID-19 diagnosis.

Since being admitted to the hospital, Ann says Bobby has been walking around a lot and seems to be returning "to his old self."

Prior to this hospital stay, Bowden had been hospitalized at TMH for nearly two weeks with a leg infection.

He was transferred to the hospital's rehab center and released on Oct. 1