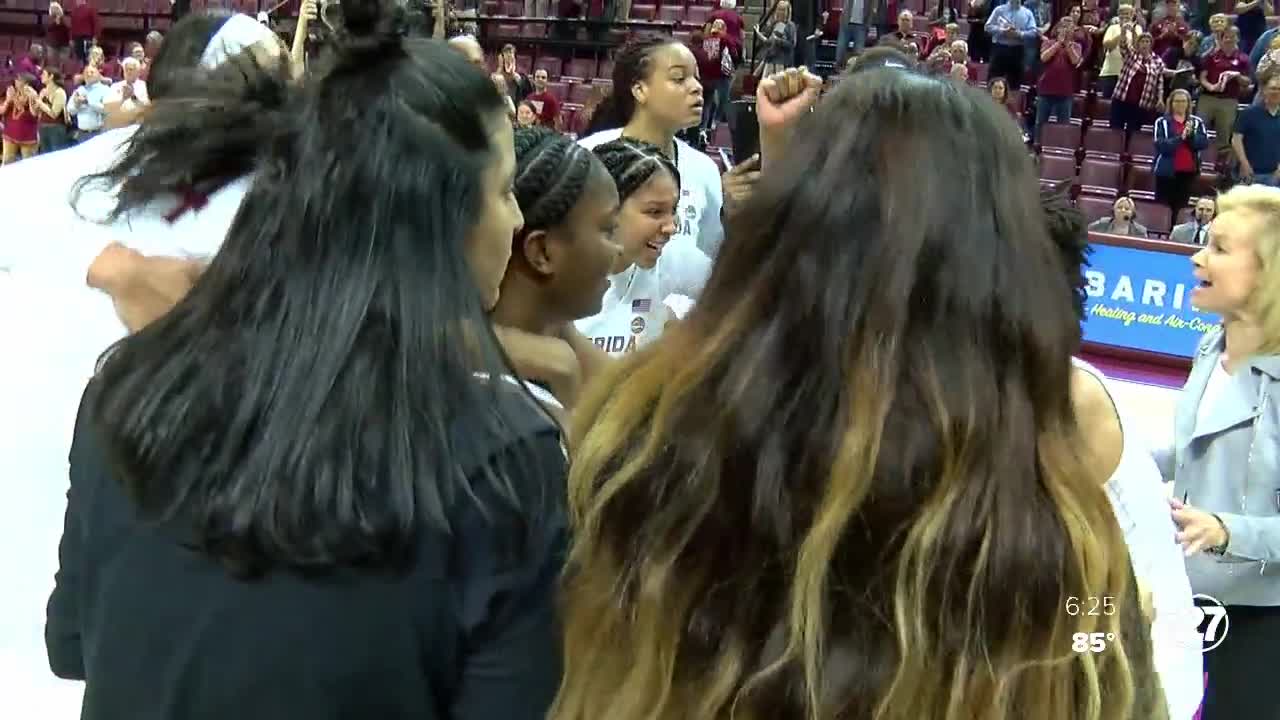 FSU women's basketball coach Sue Semrau has spent the past week and a half talking with her team. Time she said has opened her eyes, and now she wants to learn more and continue to fight for equality.

TALLAHASSEE, Fla. (WTXL) — Florida State women's basketball coach Sue Semrau has been a leader of young women in Tallahassee for over two decades.

Semrau has spent the past week and a half talking with her team. Time, she said, has opened her eyes and now she wants to learn more and continue to fight for equality.

For the last 23 years, Sue Semrau has been a staple on the sideline for the Florida State women's basketball team. But the events of the last week and a half have been some of the most eye opening.

"We try to have ongoing conversations because, obviously, we've seen this before," said Semrau. "This time it feels a little different. It's important to make sure we continue to have conversations."

Semrau and her team have spent the last week talking, learning, and growing.

"I think we've all talked about unity," Semrau said. "It's time to talk about equality. Those are the things we can do through sport. I think that is really significant. It can't be a one hit wonder. It has to be something the continues day after day after day."

As a white woman in a predominantly African-American sport, there is no one that understands that more than Semrau herself.

"It's something that I have been privileged to spend time with people of color because of my profession, automatically," said Semrau. "I'm blessed and I'm educated as a result. There's many out there that are not. Right now, as a white woman I stand up and make sure that everybody understands that what's going on is not okay."

It is conversations that she's started with her own team.

"I've been so refreshed to listen, and it's not things I don't know, but it's stories I don't know," Semrau said. "One of my players talked about the fact that, if she were to get pulled over, I'd be the first person that she called. I thought that was odd. She said you're a white woman in power that has my back. I thought of that as a huge responsibility."

It's a responsibility she's hoping can help change the world.

"We can't just sit back," said Semrau. "I hope that many leaders in this community will come, and stand with, and do whatever we can to move forward against racism. That's bottom line, what it is."

Semrau said one of the biggest things she's stressing with her team is to open your ears and don't just be heard, learn to hear.