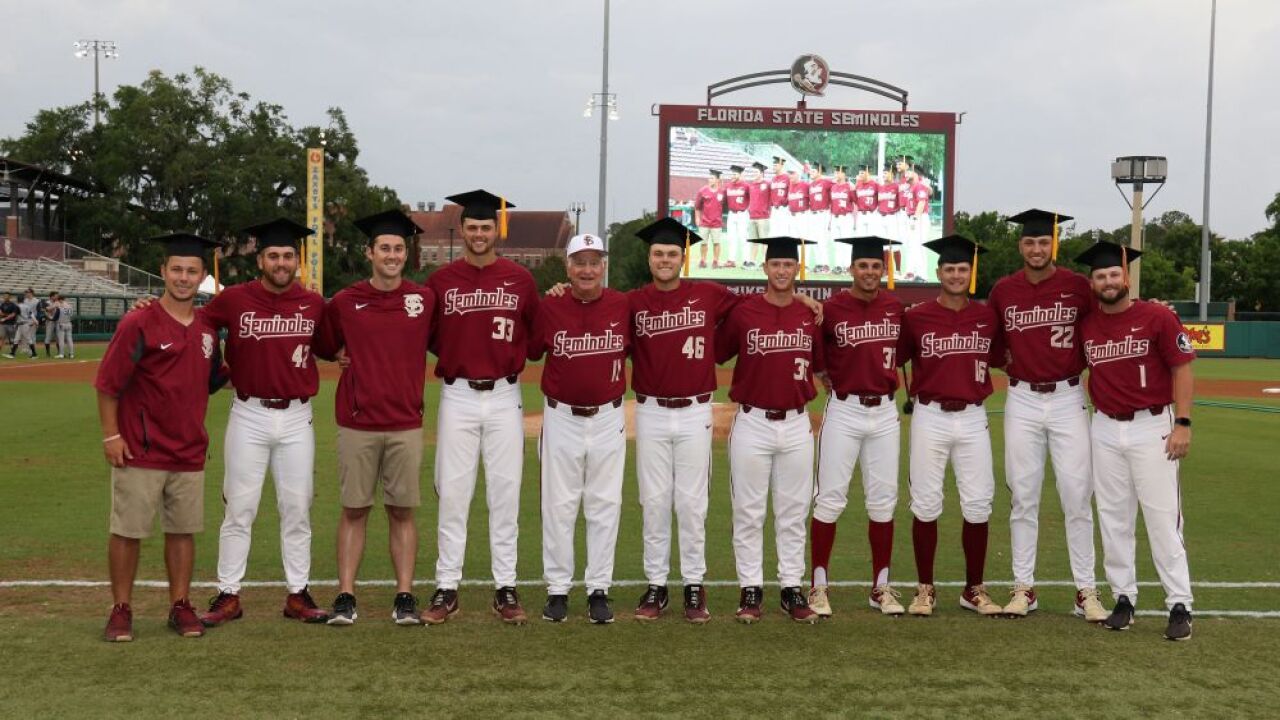 TALLAHASSEE, Fla. – Behind a quality start from Drew Parrish and an offense that posted 10 hits, No. 25 Florida State (32-18) beat Richmond (25-20-1) 8-2 Friday night at Dick Howser Stadium. Robby Martin had two of FSU’s four doubles, Mat Nelson hit his fourth home run of the year and Parrish (7-4) struck out eight in his six innings pitched.

FSU struck early against Richmond starter Tim Miller (4-2), scoring five runs in three innings against the right-hander. Martin hit his first double in the first inning to score Reese Albert and later came around to score when Nelson reached on a throwing error by third baseman Tyler Plantier.

Nelson hit his fourth home run of the year to lead off the third inning to push FSU’s lead to 5-0. Miller lasted 3.0 innings, allowed five runs on six hits and striking out three.

The Spiders finally got to Parrish in the fourth inning for a pair of runs on its first two hits of the game. Sage Bruhl led off with a single through the right side and Plantier hit his ninth home run of the year to trim the lead to 5-2. Parrish did not give up another hit, finishing with 6.0 innings pitched and eight strikeouts on 93 pitches.

Martin doubled for the second time in the fifth inning and scored on J.C. Flowers’ sacrifice bunt. FSU scored two more in the sixth inning on a pair of wild pitches from Kent Morrison (to score Cabell) and Matt Olson (scoring Salvatore).

Chase Haney relieved Parrish in the seventh, allowing a couple of eighth inning walks but nothing else in his two innings. The Spiders loaded the bases in the ninth inning, but Jonah Scolaro ended the game with a strikeout and a fielder’s choice ground out to secure the win.

Saturday evening, FSU will honor head coach Mike Martin at ‘A Night with 11 and Friends,’ a celebration and roast at the Donald L. Tucker Civic Center.

Prior to Saturday’s game, FSU will recognize its senior class.