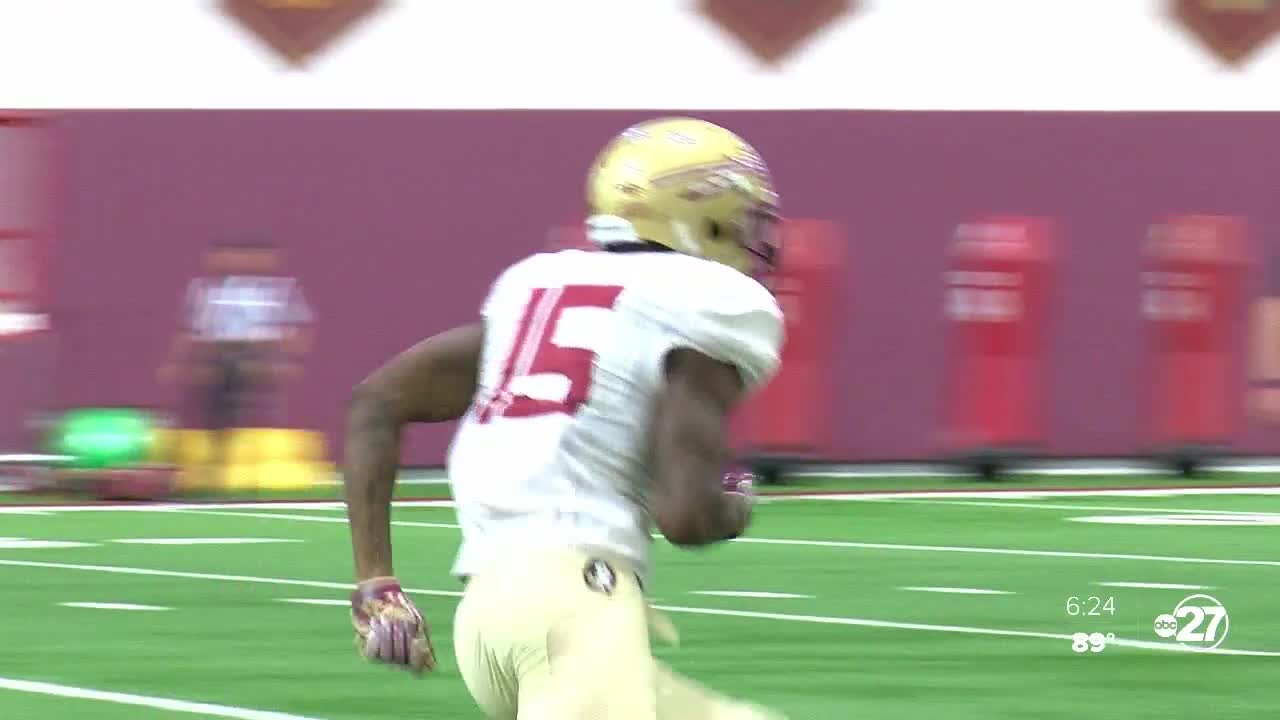 Florida State receiver Tamorrion Terry decided to come back for another year at the beginning of the season.

TALLAHASSEE, Fla. (WTXL) — Florida State receiver Tamorrion Terry decided to come back for another year at the beginning of the season.

The redshirt junior was essentially a non-factor on the football field, but that changed Saturday night.

Terry showed why he was regarded as one of the best in the country heading into this year, catching nine passes for 146 yards against Notre Dame, including a huge 48-yard touchdown in the first half.

Terry has gone through some issues both on the field and off this year, but a talk with head coach Mike Norvell changed his outlook and his production on the field.

"The things he told me, I just have to be that man he was me to be and be that leader," said Terry. "I took all that in and took it to practice and it showed up on game day."

"Just seeing him do that and grow and knowing that some of the things with this family and whatever it may be that he's going through off the field and seeing how he stepped up and responded with the unit is really pleasing," said Ron Dugans, the wide receivers coach at Florida State.